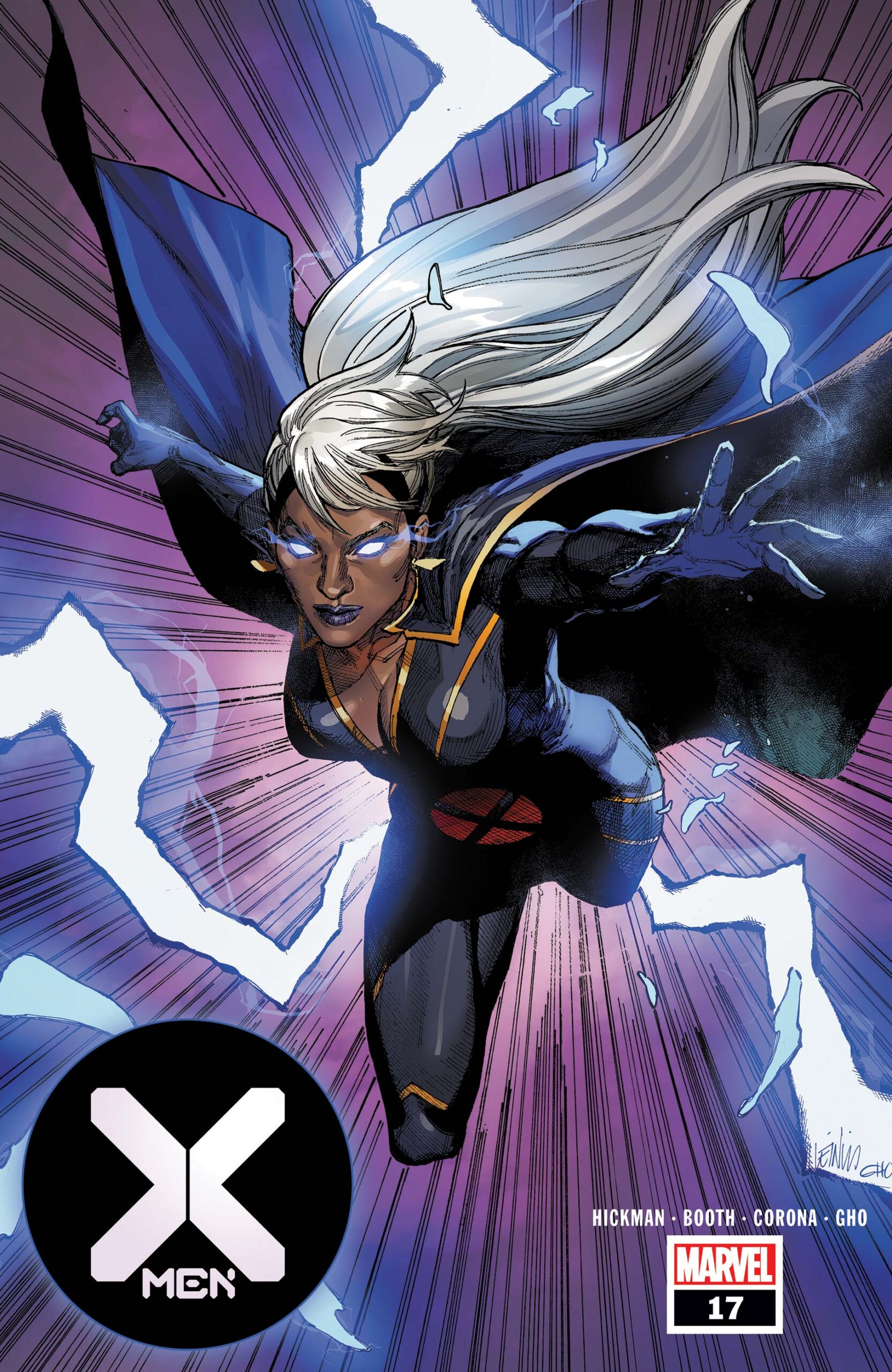 Everyone loves the X-Men. There’s a reason why comic book best seller lists are littered with various X books, and why Marvel keeps finding creative ways to pump out new variations. But one of my frustrations with the X universe, especially when I try to talk with casual comic readers, is the overwhelming connectivity and depth of the storylines. While those very characteristics are what keep the comic lovers fed, they can be a daunting hurdle for interested new readers.

That’s not to say comics shouldn’t have massive crossovers or leverage their robust back log, but once in a while, it’s nice to take a break and have a fairly self contained story that everyone can enjoy. X-Men #17 is such a story and I thoroughly enjoyed it.

X-Men #17 is available now at your local comic book store. Spoilers below!

X-Men #17 is a tight story that takes three of the highest profile X-Men, Storm, Cyclops and Jean Grey, and sends them to space on an emergency rescue mission for the Shi’ar Empire.

Xandra Neramani, the new Regent of the Shi’ar, has been kidnapped by a group of radicalized rebels from one of the worlds under Shi’ar rule. Led by an absurdly awesome looking cleric who looks like he was designed in the ’90s, named Urr, their plan is to symbolically assassinate the newly crowned Regent in hopes of undermining the empire.

The the Shi’ar call upon the X-Men for aid and the three agree to help, taking advantage of their new-found Krokoa based teleportation powers to take a quick trip across the galaxy. Escorted by Smasher, the team investigates the kidnapping, discover who is responsible and have an epic battle with Urr and his army.

There’s so much goodness in this issue. The art is gorgeous, each of the X-Men have moments in the spotlight, and there’s even a good dose of humor mixed in. There’s an amusing scene when Storm and Cyclops both take out one of the rebels at the same time, and both pause to wonder which of them hit the target.

What stood out in an already exceptionally entertaining story was how Jonathan Hickman handled the rebels. Reading the story, even as I obviously cheered for the X-Men to succeed, I couldn’t help but empathize with Urr and his people. In many ways, he seemed right. His people were under oppression by the empire. They probably were taken advantage of and left for ruin. Much like Michael B. Jordan’s Killmonger, Urr had the right idea, just the wrong execution.

5-10 years ago, that nuance is overlooked and ignored in comics. The heroes would show up, kill the “bad guy” and everyone would celebrate. Here, Hickman didn’t ignore the elephant in the room. Instead, Storm is shown expressing genuine sympathy for Urr’s plight and reluctantly defeating him. Once the battle is resolved, Ororo approaches Xandra to ask what is to become of Urr and his fellow rebels. She explains that the rebels were simply sent back to their home planet and that she designated Urr as as diplomat between their planet and the throne.

I love that a story about rebellion was handled with this level of social awareness and that the depiction of an oppressed group wasn’t flippantly written or killed off. It’s still comics, and it’s a small thing, but it’s a good thing.

Sunspot and Cannonball played a smaller but important role in this story and their dynamic was intended to bring some levity and humor to the story. For me they fell flat. The humor was in line with their characterizations, but it just didn’t work for me. I was more annoyed by Sunspot’s casual demeanor than anything else. Maybe that was the point.

Storm was front and center in this story and was her usual amazing self. She was the perfect character to empathize with Urr and the rebels, without undermining her powers. Her balance of genuine care for the oppressed while effectively ensuring that the threat was neutralized was well handled by Hickman.