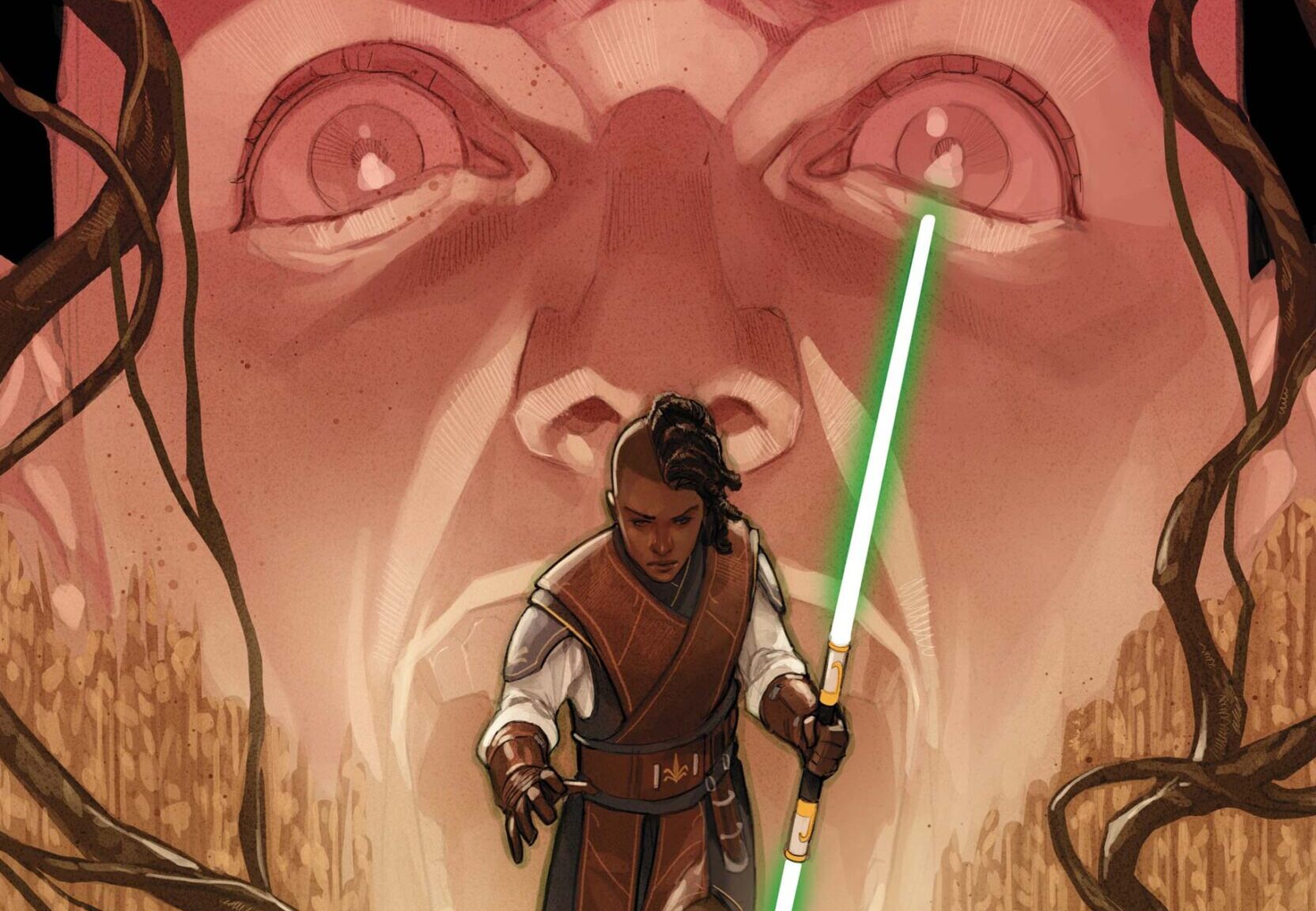 In this issue, Ceret has vanished on Sedri Minor, and their twin Terec is being affected by the dark side of the Force. Sskeer is in trouble for brutally murdering a Nihil in the last issue, as Avar calls him out on it. Children have been going missing on Sedri Minor, and a child named Bartol forces Keeve to help him look for his missing friend. They find and go into a sinkhole where the dark side is strong. In the depths below we find Ceret trapped by the Drengir. The Drengir are corrupting the twins as well as Sskeer. Can Avar, Keeve, and Ceret fend them off and a dark side corrupted Sskeer?

Star Wars: The High Republic is available at your local comic book shop now. Spoilers below!

Writer: Cavan Scott
Penciler: Ario Anindito
Cover Artist: Phil Noto
ALL-NEW SERIES CONTINUES! A DARK MYSTERY ONLY THE JEDI CAN UNRAVEL…BUT AT WHAT COST? A planet stricken by a mysterious blight. One JEDI missing and another driven insane. What horror lurks in the darkness beneath the rotting crops? Death is averted, but a terrible union is formed. Can KEEVE TRENNIS protect an innocent life while facing betrayal from within her own order?

Upon arriving on Sedri Minor, Keeve exits the ship and is greeted by children. They brought Keeve bread and asked if she eats; if Jedi eat. My heart MELTED. It’s great to see these kids interacting with a Jedi, someone mystical to them. Especially later with Bartol, he’s asking Keeve about everything she says. Keeve noted, “The darkness…it’s overwhelming,” to which Bartol asked, “You’re scared of the dark? Do you need your other sword?” Asking if she wants to turn the other one on for more light…so pure!

Avar Kriss continues to be fierce. In the nick of time she saves Keeve in the coolest way possible. For those who don’t know, she communes with the Force like a song, and hears it. I hope we soon explore her interpretation of the Force visually. I wonder if eventually we’ll see a representation of that in comic form, or if it’s going to be left to our imaginations.

This is a solid issue with a lot of character and tension building. However, I can’t wait to learn more about the Drengir and get to more of the overarching plot. I’m also curious where Sskeer’s story is going, and for the sake of Trandoshan Twitter, I hope he makes it out alive and well!

A lot of Cavan Scott’s Star Wars work includes evil plants, I wonder how many more nature based antagonists we’ll get in this comic! I support this vendetta.

Cavan Scott was built for telling Jedi stories. His interpretation of the Jedi and the Force feels so fresh and authentic. This series grounds us in a universe we as fans feel we know pretty well, but the characters in this comic – as well in the High Republic as a whole – feel like a breath of fresh air.