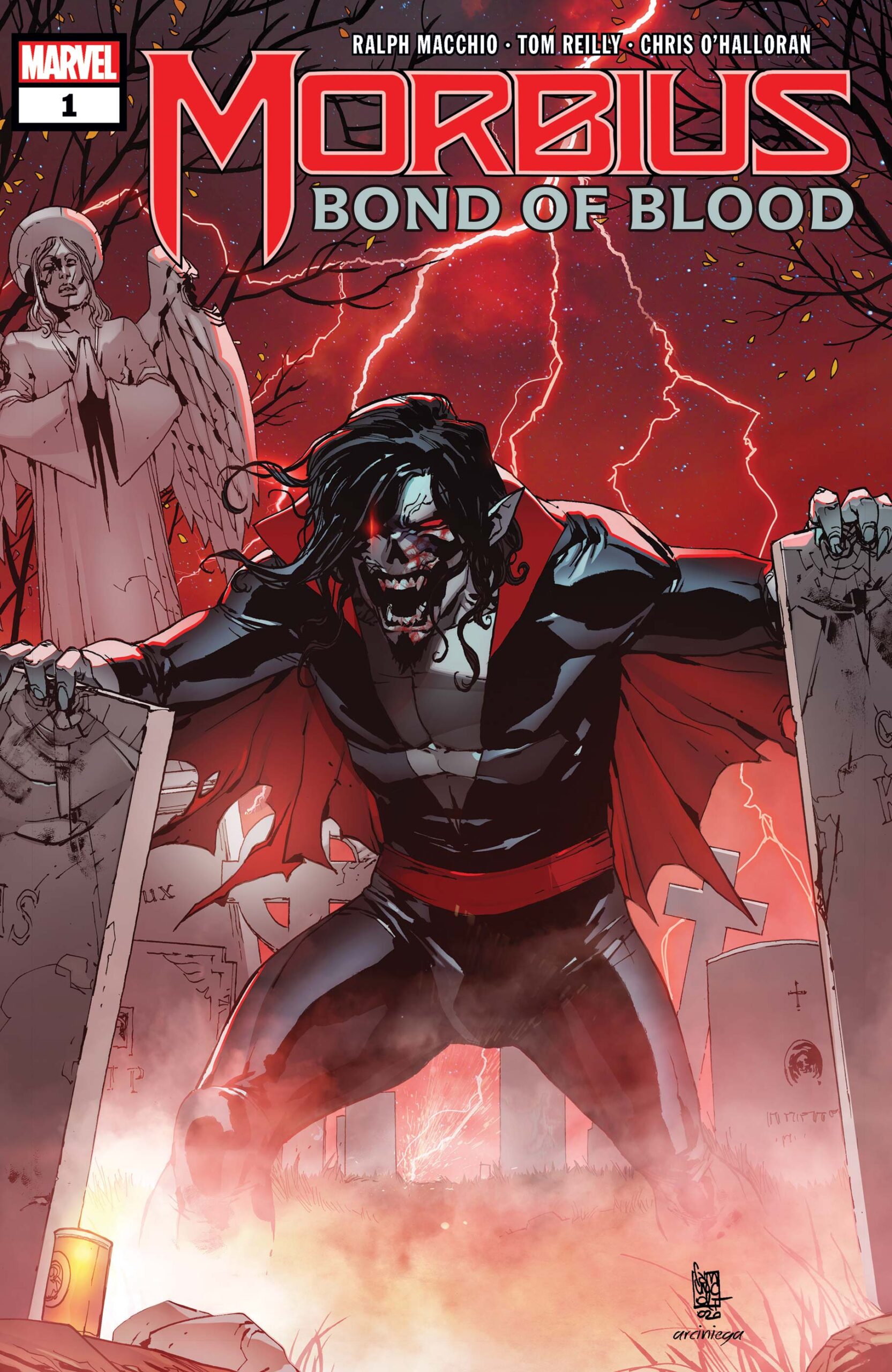 In this premiere issue of Morbius: Bond of Blood, we get Doctor Michaels Morbius’ origin story.

Doctor Morbius was dying of a rare blood disease. He was so desperate for a cure that he subjected himself to all sorts of experiments.  Doctor Morbius, along with his friend and assistant Emil Nikos, had tried multiple efforts. One of these was creating a cure from fluids distilled from bats to no avail.

Their next step was to try electroshock! This did not go as planned. Although he was cured from his blood disease, Morbius was cursed to be a LIVING VAMPIRE!

Morbius: Bond of Blood #1 is out now at your local comic book shop. Spoilers below!

Writer: Ralph Macchio
Penciler: Tom Reilly
Cover Artist: Giuseppe Camuncoli
MORBIUS, THE LIVING VAMPIRE, FACES A GHOST FROM HIS PAST: HIS FIRST KILL! Emil Nikos was Morbius’ research partner…until the bloodlust made Emil the first victim to Morbius’ vampiric urges! Now, Emil’s son is dying from a new rare blood disease and only Morbius can save him! But at what cost?

Morbius is a Great Entry for New Readers

Morbius swore that he would only feast on those who are guilty and deserving of punishment. He has slipped.

Michael Morbius tries to save Christos, the son of his friend Emil Nikos, who has a rare blood disease as well. First, Morbius seeks to enlist the help of Calvin “Mr. Hyde” Zabo. Dr. Zabo is a genius, but obsessed with Dr. Jekyll and Mr. Hyde. Although Morbius does exactly what Dr. Zabo requires him to do for his help, he is ultimately double crossed with deadly consequences for poor Christos.

The art is very classic, with the colors that are vibrant in the panels that take place in present and muted for those that take place in the past. As Morbius is a vampire, he is awake at night, limiting the scenes with light that we can have in this comic. His character design is very graphic; light grey skin, black hair and black jumpsuit, and bright red eyes. The action lines are a bright yellow, jumping out of the page. When Morbius skulks in the dark, the palette is all teals, mauves and blacks.

As a reader who is new to the story of Morbius, I am looking forward to issue #2, and what adventures Michael Morbius gets into next!