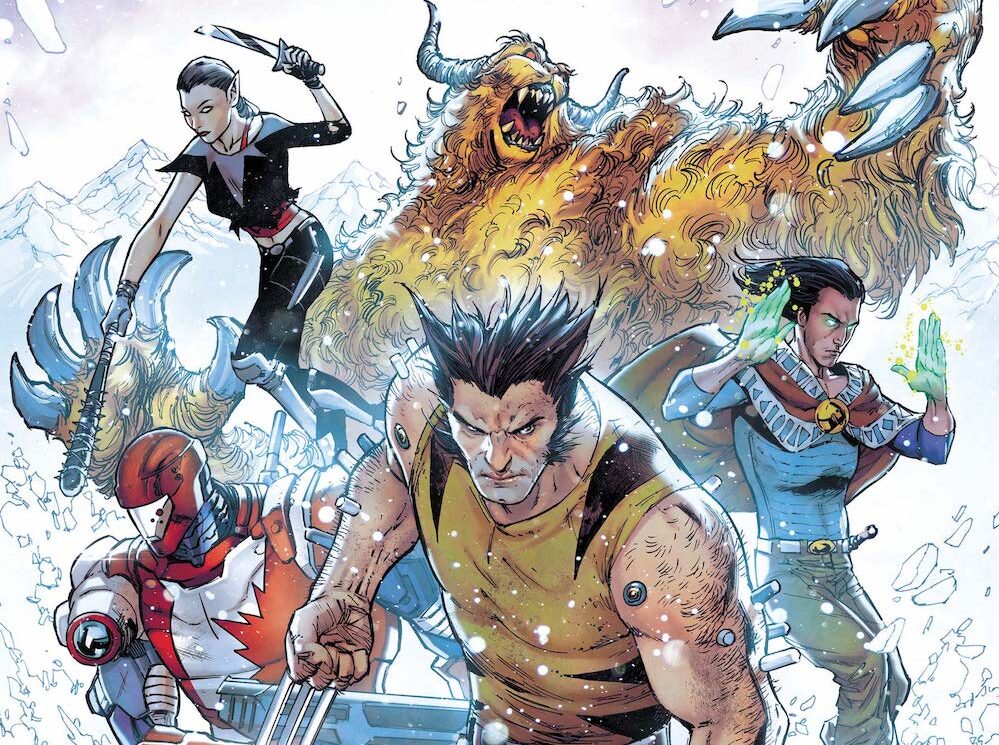 In addition to loving comics, I also love sports. I played ice hockey for a good portion of my life, so I was naturally drawn to this issue of Weapon X & Final Flight #1. This title is one of many being published under the “Heroes Reborn” event, which to my knowledge is a way to revive titles and characters that have been stashed away and collecting dust. Getting to read a comic that has locations that correlate with hockey towns is just the right touch for a guy like me.

Writer: Ed Brisson
Penciler: Roland Boschi
Cover Artist: Tony Daniel
THEY’RE THE BEST THERE IS AT WHAT THEY DO! In a world without the Avengers, the Squadron Supreme protects and defends the interests of America! But where does that leave a country like Canada? The Great White North is now a wasteland. Their forests are scorched. Their provinces annexed. Their people barely surviving. Who will stand up and protect them from the supremacy of the Squadron? Weapon X and Final Flight, that’s who!

In issue #1 we are dropped into a skirmish between Alpha Flight and the Squadron Supreme. Apparently, some MAJOR events have taken place in this series and in other titles. The Avengers have never been formed, thus they do not exist in this world. The Squadron Supreme has become Earth’s Mightiest Heroes in their stead. Along the way, the SS has invaded Canada along with the US military.

We find out that Alpha Flight had no real chance of defeating the Squadron Supreme and have suffered many losses in addition to potentially losing their homeland. Those left standing for Alpha Flight and Canada are: Wolverine, Shaman, Sasquatch, Aurora, and Guardian. Guardian is interesting as she is the ten-year-old daughter of James and Heather Hudson. Tough position to be in as a kid, like so many real life cases of child soldiers around the world we live in. I think what comes to the forefront are the various stages that people go through when they are faced with daunting and perilous situations that have no happy end in sight. We see Alpha Flight is just barely surviving; the team is splintering at the core. This leads to a very big twist that should have saved for at least two more issues, although I do like that they dropped this into the first issue.

As a reader, I am now just as shattered as the team is. This title has potential to be explosive, I like that the Squadron Supreme is featured as I have almost no knowledge of this team and that it puts Wolverine into the captain’s chair.

Les Gonzalez has been reading comics since he was ten years old, but his passion was truly rekindled by the live-action films. His favorite characters include X-Men, Hulk and many more.