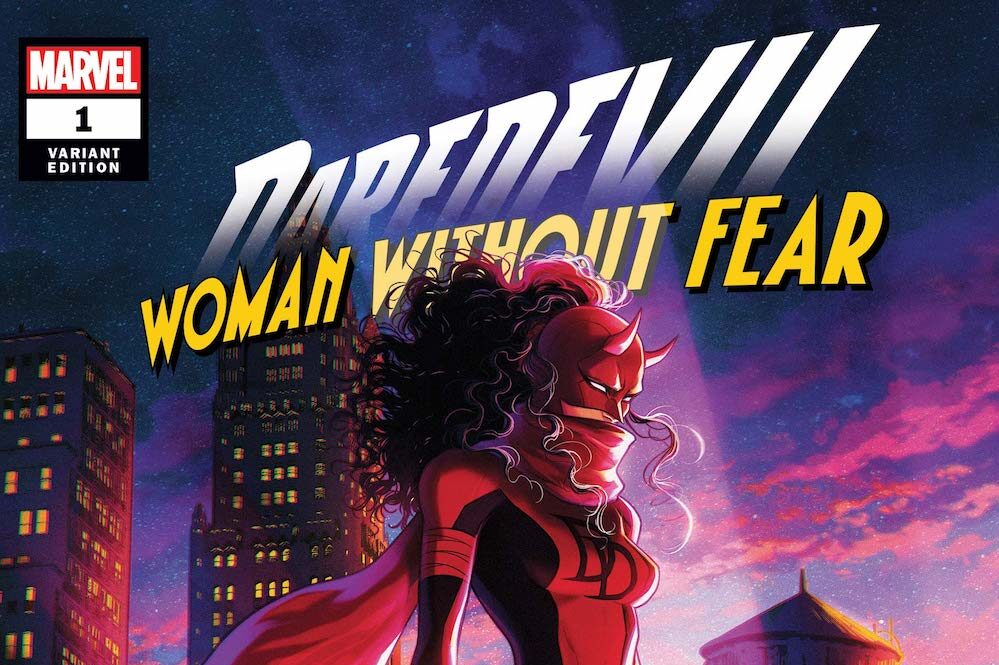 Wilson Fisk is running New York City – formerly as a crime boss and now as the mayor of the city that never sleeps. His hate for Daredevil has taken its toll on the city as he started banning superheroes, even going as far as arresting them. Talk as he might about loving the city and its people, Fisk’s actions prove to show quite the opposite. He is a villain after all.

There’s one resident who will stop at nothing to make sure that Fisk doesn’t get his way and that is Elektra Natchios a.k.a. Daredevil. However, Elektra’s fight doesn’t solely centre around Fisk. When her old teacher, Aka, takes Elektra by surprise, Elektra realizes that her constant battles with the demons of her past are far from over. In addition, Fisk and Aka aren’t the only ones who are keeping tabs on Elektra. But you’ll have to read issue one to find out who else.

Daredevil: Woman Without Fear #1 is out now at your local comic book shop! Spoilers below!

Writer: Chip Zdarsky
Penciler: Rafael De Latorre
Cover Artist: Chris Bachalo
The next pulse-pounding chapter in the saga of New York City’s Guardian Devil, this time starring ELEKTRA as Daredevil! Joined by Rafael De Latorre, Chip Zdarsky continues his landmark run and the DAREDEVIL story that spins directly out of the shocking revelations in the pages of DEVIL’S REIGN! Elektra is the world’s deadliest assassin – and she’s taken a vow not to kill. Someone puts themselves directly in her path with deadly consequences. What else would you expect from the MARVEL UNIVERSE’S GREATEST HUNTER?!

REVIEW – Getting Inside Elektra’s Head

Chip Zdarky’s Daredevil: Woman Without Fear is a thrilling start to this latest story featuring Elektra. Getting into Elektra’s head and her mindset has always been something very key in terms of understanding the character and the morally gray area she exists in. In the beginning of the comic, Elektra speaks about promising to shackle herself, specifically when the thought of killing Fisk enters her mind. The first issue might not be exceptionally dialogue heavy (as it pertains to Elektra’s interactions with others), but in terms of Elektra talking to herself, knowing what’s going on her head and the story, Zdarksy nails it.

Coupled with striking artwork by Rafael de Latorre and colours by Federico Blee, Daredevil: Woman Without Fear is my favourite new series of 2022 thus far. Everything about de Latorre and Blee’s art makes for scenes that leap off the page, or rather, draw you in as a reader and make you feel as though you’re very much a part of the panel as the characters themselves. It’s this immersiveness that adds even more greatness to an already compelling tale and cast of characters.

Although I am not sure where Elektra’s story will bring readers going forward, I can easily say that this first issue certainly left me wanting to know even more, and I am excited for what the next issue might bring (even if I have to wait until February).