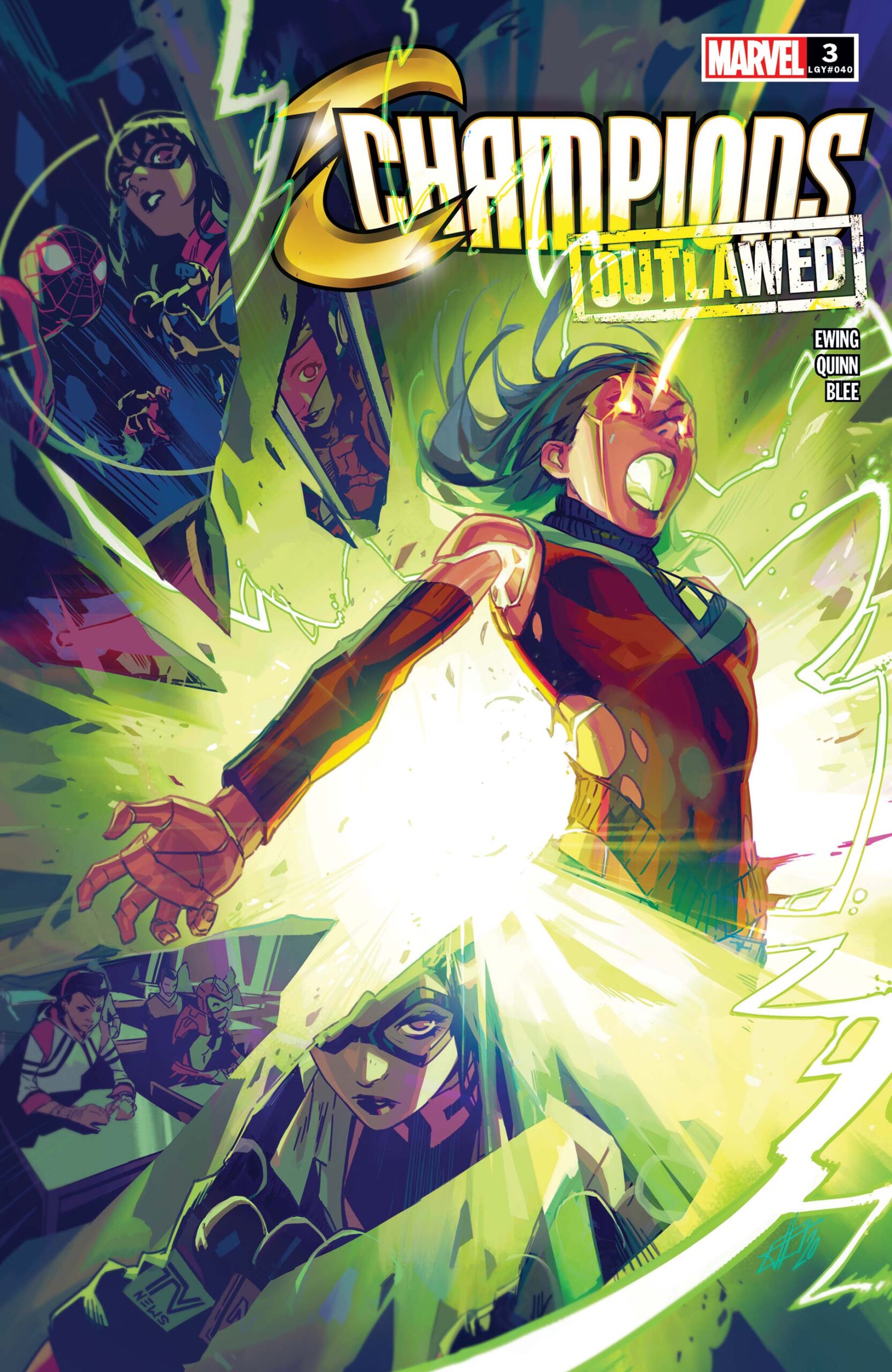 Champions is flat out excellent right now. I’m not sure if they could pull it off, but I would love to see this series made into live-action. The storyline of teen superheroes on the run from government persecution would translate well to live-action if they could get the heroes together. In any case, the book has had 3 very strong issues thus far.

Now that Miles, Sam and Kamala have been reunited with Riri, all four are on the run against the C.R.A.D.L.E. forces and it’s starting to wear on them. We also finally get to see more of what Viv Vision is up to as she has isolated herself from the rest of the team. Spoilers below!

Writer: Eve Ewing
Penciler: Jon Lam, Robert Quinn
Cover Artist: Antonio Infante
The Champions are on the run! Ms. Marvel, Spider-Man, Nova and Ironheart race to stay one step ahead of C.R.A.D.L.E., but someone keeps leaking their location, and they’re running out of places to hide. With a spy in their midst and their allies locked up in a disturbing correctional school, they’ll turn to the one adult they know they can still trust

So much came together this issue. We see more of the haunting scenes inside the C.R.A.D.L.E. facility, we see Viv Vision make a human connection, we see Sam, Miles, Riri and Kamala suffering from constantly being on the run, and we get a killer ending that made me pump my fist. It really has it all. Eve Ewing, Jon Lam and Robert Quinn are telling such a multifaceted story, with multiple elements, and I’m absolutely hooked on all of them. In my review of issue #2, I wondered how something as important as “Kamala’s Law” wouldn’t garner the attention of the higher level superheroes in the Marvel Universe. Well, this episode answers my question in a resounding way. Ewing did a great job of showing how worn our our four heroes are in this issue, and excellently framed a “last stand” type moment, only to be saved by Cyclops of the X-Men in the final moment. The writing in that scene is pitch perfect as well – “Cyclops. Scott Summers. Current X-Man. Always a Champion.” This is where I insert the standing ovation gif (pronounced JIF).

The only very small criticism I have for this issue is that while the scenes inside C.R.A.D.L.E. are disturbing, we’re not really much invested in any of the characters being held inside. Sure we know of several of them, but how much do we really care? I’m not sure which higher profile superhero might have been sacrificed to be put in this facility to raise the stakes, but it sure would increase the level of anxiety with these scenes. They’re still excellent though.

Youth held in concentration camps. Diverse teens on the run from the government. A runaway who finds a moment of peace and refuge with a Black woman in a rural town. This book is telling us an incredibly relevant and important story in superhero form.