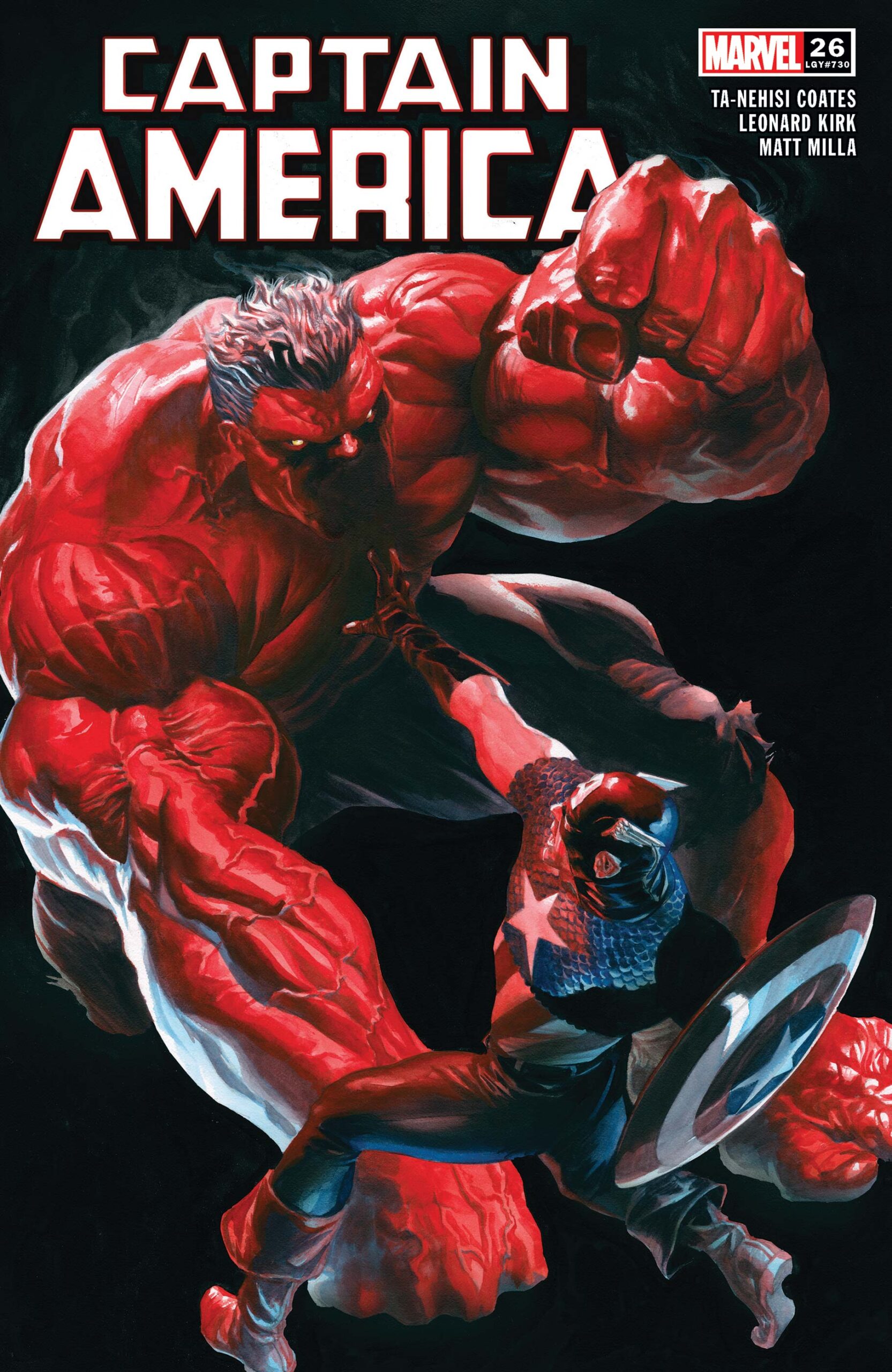 Cap, Sharon Carter and the rest of the team continue their rescue mission in Madripoor as the rest of the Power Elite flee the scene. In this issue we’re back to Steve Rogers’ point of view, after getting inside Sharon Carter’s head last time. The focus of the story however is Thaddeus Ross, who spends most of the issue getting beat to a pulp by Crossbones and Cutthroat. Spoilers below!

First of all, the official Marvel.com synopsis above kinda says everything we need to know about this issue. The whole point of this story is to lay the foundation for the climax. The format of the story is the familiar “then” and “now” back and forth, with Steve Rogers focusing on Thaddeus Ross and his backstory. In the “now,” Rogers and his team are still fighting their way through the throngs of the Power Elite forces, while Ross is getting the snot beat out of him, first by Crossbones, and then by Cutthroat. The issue is full of action, with exceptional art by Leonard Kirk that does a great job of communicating the brutality of the beating that Ross is taking.

There are some great action moments for each of the heroes, including Rogers and Carter teaming up to take out a room full of Power Elite scrubs by ricocheting Carter’s blast off of Cap’s shield.

The highlight of course is when Cutthroat beats Ross until he transforms into the Red Hulk, who then proceeds to dismantle the remaining Power Elite. It’s quite satisfying.

While action heavy, the plot is developing really slowly. All we got to from the last issue is the incremental step of more Power Elite soldiers being taken out and more of the higher level villains like Crossbones escaping. That’s about it from a plot standpoint. I appreciate that each of the hostages are getting an issue to shine, complete with backstories, but I feel like the plot could be progressing more quickly with the same effect. I’m willing to see how the build up pays off once all the stories are told. But I fear we’re at least two more issues (two more hostages) away before we get there.

Between this series and intergalactic Wakanda, I’m getting a better feel for writer Ta-Nehisi Coates’ comic style. He certainly seems to like the slow buildup around some good action. I love that Coates is writing both the Captain America and Black Panther books, but there’s a part of me that wishes the synergy was leading to some kind of cross over.