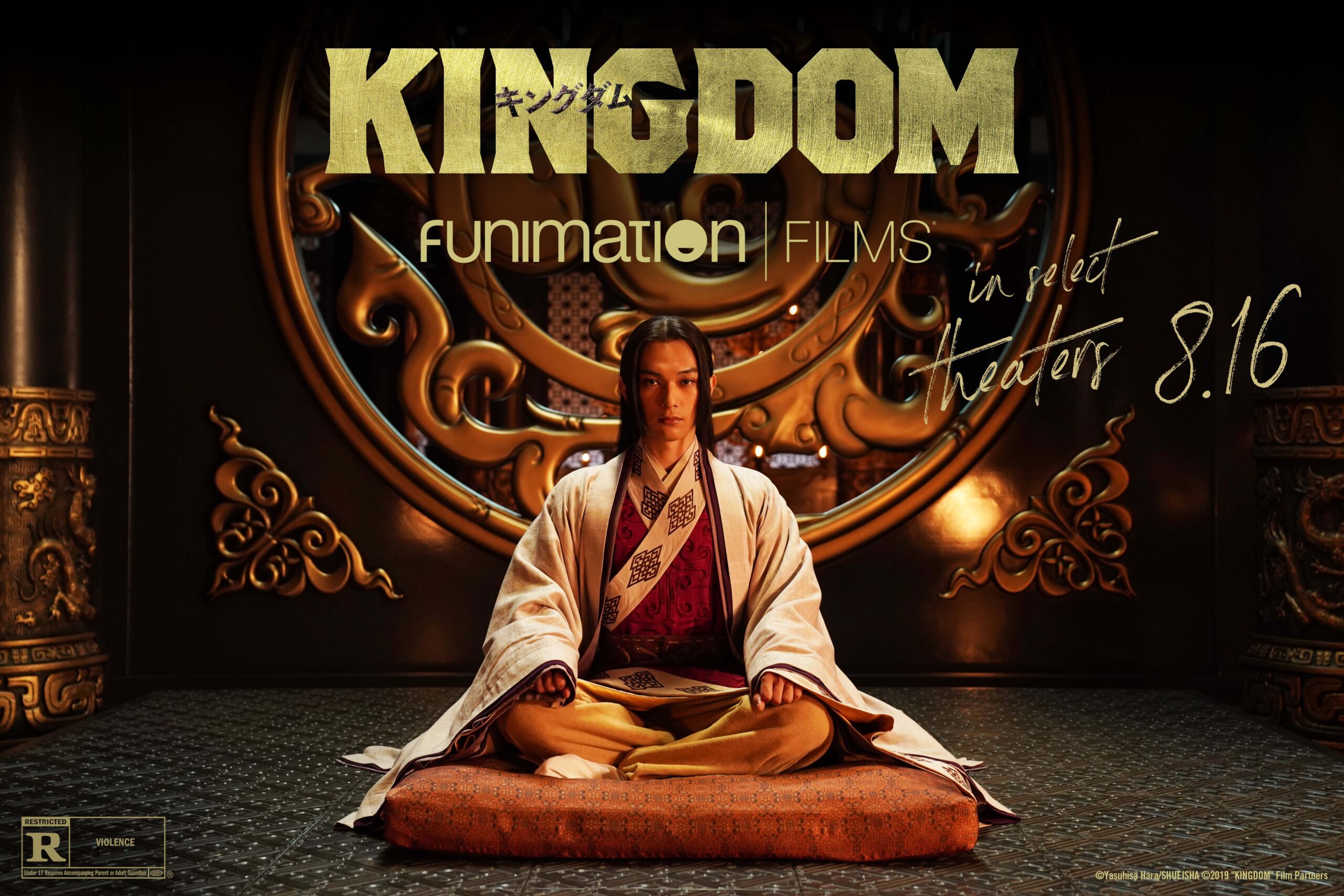 Kingdom by Funimation films is a Japanese live-action adaptation of the popular manga and anime of the same name. The story takes place during the iconic “Warring States” period of China, You’ve likely seen this period covered in films like Jet Li’s Hero. This story focuses on two orphans, Xin (Kento Yamazaki) and Piao (Ryo Yoshizawa), who grow up as poor servants and are determined to change their luck by becoming expert swordsman and eventually China’s greatest generals. One day a minister of the Royal Palace notices the two young men training but takes only Piao with him to serve the King. Understandably, Xin is despondent but pledges to continue training until he too is picked to serve in the Royal Palace. Unexpectedly, a mortally wounded and dying Piao returns one day, telling Xin that the King’s brother has overthrown the King. This sends Xin on a mission to find and restore the King, which of course results in a variety of unexpected adventures and battles that truly feel like anime come to life.

Authentic Live-Action Anime – Although I had heard of the manga and anime, I haven’t seen either and thus I didn’t quite know what to expect going into the film. Live-action adaptions of anime have a questionable history in the U.S. to say the least, but it seems Japan has had quite a strong track record to this point. Kingdom definitely adds to that successful history as it’s a joy to watch and absolutely feels like what a live-action anime should feel like. The characters, aesthetics and story are exaggerated and absurd, but completely work. This film was a lot of fun.

Cinematography – If a film is going to adapt anime, it must look good, and Kingdom is gorgeously shot. I frequently found myself admiring the wide angle shots of the landscape, the battles and the sets. It’s really pretty to look at and it’s clear the filmmakers paid the extra attention to detail to ensure that the film feels authentic to Chinese aesthetics and the source material.

Women Characters – The story is fairly weak on women characters. Kanna Hashimoto’s Diao is amusingly bizarre (she appears in an owl costume) and entertaining, but the film is decidedly focused on the story of Xin, the King, his brother and the various other warriors and male characters throughout the story. Again, this could be an issue with the source material more than anything else but it’s certainly noticeable.

Kingdom is a film I can’t wait to see on the big screen. It’s just so beautiful to look at that it would be a shame to miss it in theaters. On top of that, it’s a fast paced, enjoyable ride. I’m not sure how I feel about Japanese filmmakers and actors telling a clearly Chinese story, but representation in Asia is a completely different issue than it is here in the U.S. so I’ll let others comment on that element.

You can watch the trailer for Kingdom below. The film premieres in the U.S. TODAY and is well worth watching on the big screen. Get your tickets HERE!