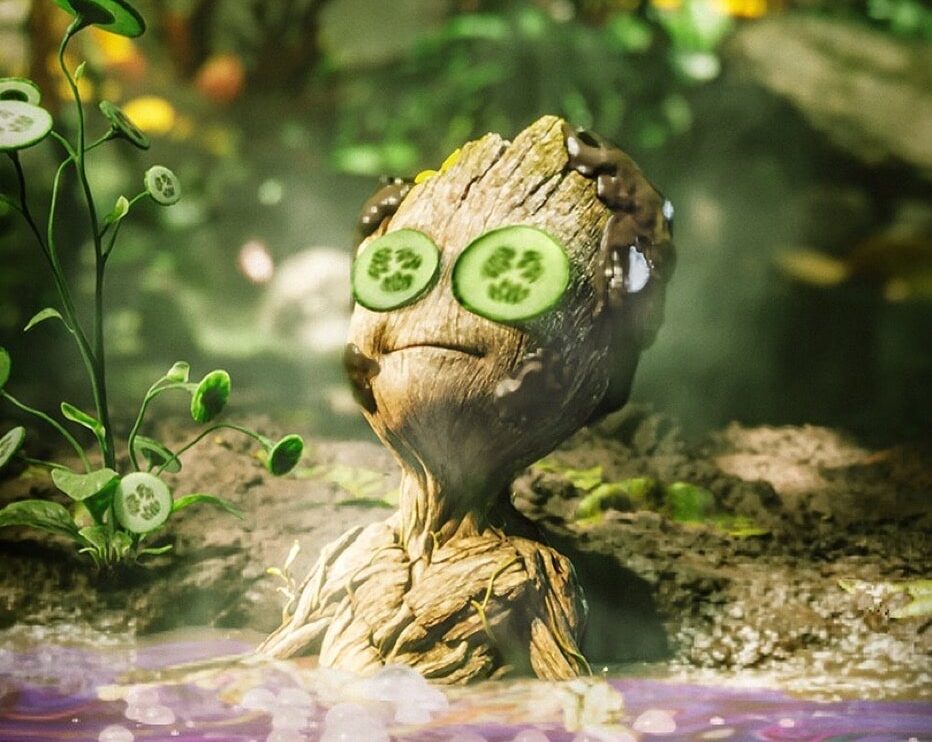 The Marvel Cinematic Universe version of Groot is one of the most beloved characters in film. From its original massive tree iteration to the adorable potted baby reincarnation, it’s hard not to love the character. In fact, Baby Groot arguably laid the foundation for the wild success of Baby Yoda (Grogu) in Star Wars: The Mandalorian.

That makes Groot the perfect subject of I Am Groot, a series of short films that provide a snapshot of moments in the life of our favorite Flora Colossus (the alien species that Groot is a member of). The series is light and fun, capturing what makes Groot so enjoyable and giving fans of the MCU some content that can be appreciated stress-free; without any concerns about its impact on the larger universe.

I Am Groot is streaming now, exclusively on Disney+! Light spoilers below!

There’s no guarding the galaxy from this mischievous toddler! So get ready as Baby Groot takes center stage in his very own collection of shorts, exploring his glory days growing up—and getting into trouble—among the stars.

REVIEW – No Stakes Shenanigans with a Fan Favorite

As much as I love the Marvel Cinematic Universe, sometimes even my own experience is weighed down by the burden of the expansive connected universe that Marvel Studios has expertly built over the last decade. As brilliant as the MCU is, we’re at a point where every film or series inevitably must answer important questions about when it takes place and why it matters. No such inquisitions are necessary for I Am Groot. Instead, fans of the MCU can simply watch one of their favorite characters try to tackle some of life’s simple pleasures like taking a mud bath, making some art and meeting new friends (or foes).

I Am Groot consists of five short films, each approximately five minutes in length, that tell separate and unrelated adventures of our favorite Guardian of the Galaxy. All of the shorts are beautifully animated and Vin Diesel’s return as the voice of our titular hero lends them the necessary familiarity and credibility. Make no mistake, these are MCU stories. And yet, because there are no larger stakes involved, I Am Groot allows the viewer to just delve into the Marvel universe carefree. These shorts are thoroughly enjoyable and accessible for the whole family, perfectly leveraging Disney+ as the platform for supplementary MCU material.

One of the most popular episodes is likely to be “Magnum Opus,” which features a special cameo by another beloved member of the Milano crew. My personal favorite is “The Little Guy,” which amusingly doesn’t refer to Groot himself, and instead a group of tiny little beings he discovers. The Little Guy does a shockingly impressive job of mixing action, fun and even shock into a short story, and is a testament to writer/director Kirsten Lepore’s story-telling talent and Diesel’s uncanny ability to emote a lot using very little of his voice.

One of the most memorable scenes in all of the MCU is the moment at the end of the original Avengers film when all of the heroes are sharing a delicious shawarma meal together. It was groundbreaking because we got to see these larger than life characters doing something mundane and ordinary. I Am Groot shares some of the same DNA as that Avengers moment and I hope that Marvel continues to use Disney+ to give us even more relatable moments from our favorite superheroes.

In this article:Disney, Disney Plus, DisneyPlus, I Am Groot, IAmGroot, Marvel, Marvel Studios, MarvelStudios, MCU, Review

Marvel Studios is seeking to cast the role of a young Chinese American character for an upcoming streaming series. While it’s not clear yet...