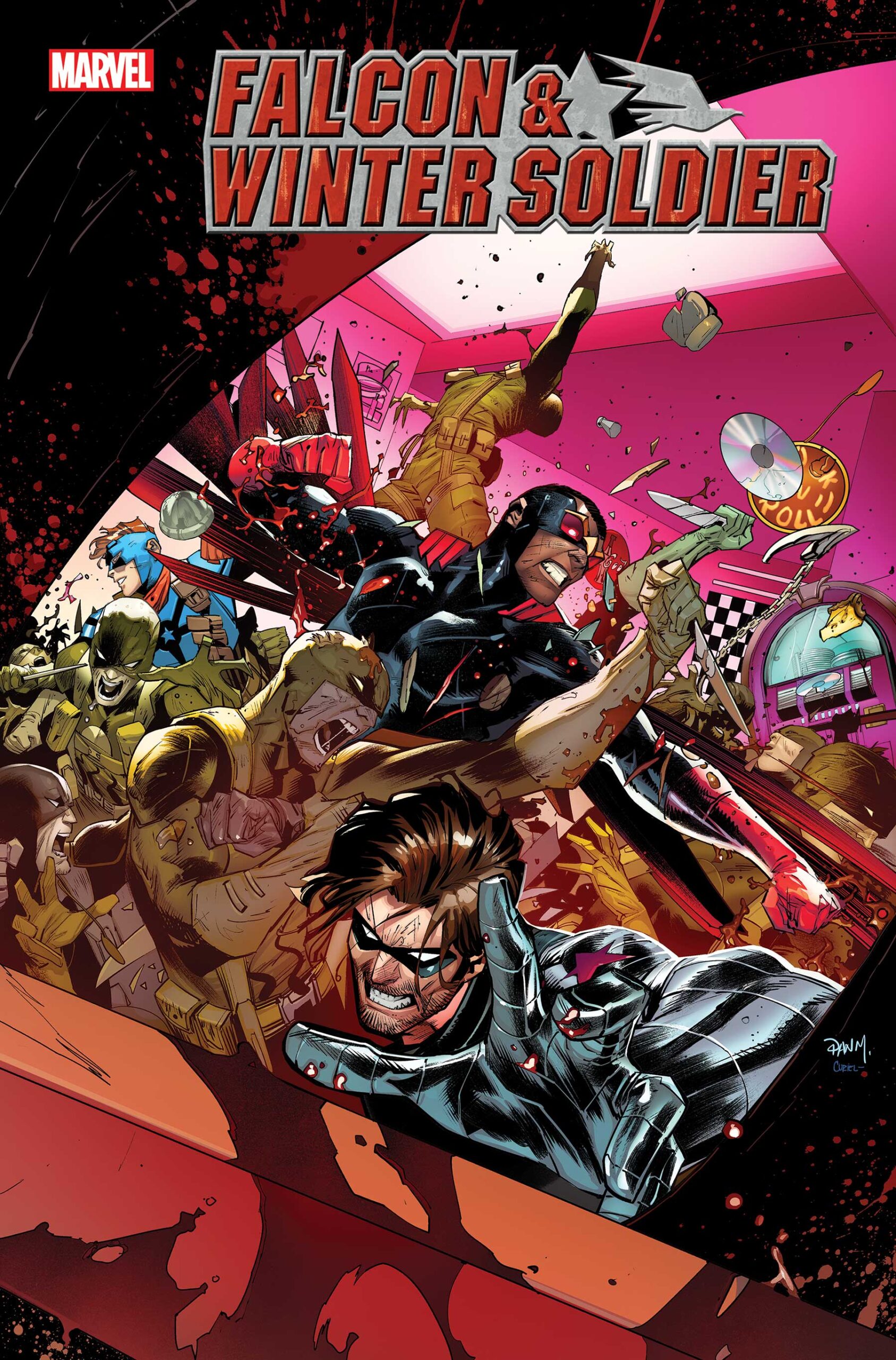 I’m going to miss this series. Falcon & the Winter Soldier by Derek Landy and Federico Vicentini has been a fun ride. Another Marvel Comics mini-series originally intended to coincide with a Disney+ Marvel Studios show, this run probably didn’t get as much love as it should have because it came out so early in the summer.

For the full five issue run, Landry and Vicentini put together a fun, almost campy story paired with a significant amount of action and violence, that feels like it’s inspired by your favorite Deadpool stories. If Wade himself had popped in to break the fourth wall at some point in this book, he would have felt right at home.

Sadly, we still don’t have a release date for the Marvel Studios show starring Anthony Mackie and Sebastian Stan, with Malcolm Spellman as the showrunner, but until we do, MCU fans eager for a taste of that show should be able to get their fix revisiting this series, and I hope they do because I would love to see a follow up when the show finally airs. Spoilers below!

Published: November 25, 2020
Writer: Derek Landy
Penciler: Federico Vicentini
Cover Artist: Daniel Mora
A diner, somewhere in Nevada. Inside, a battle rages, as Sam Wilson and Bucky Barnes do their very best to take down the Natural, the most gifted killer to emerge in years. Outside, another battle rages — this time between the two people vying to become the next Hydra Supreme. It’s the bullet-riddled, window-smashing, table-breaking conclusion to the action-paced series, and it’s going out in style

Last issue, Sam and Bucky found out that the person they thought they were trying to save, Veronica Eden, was secretly attempting to take over Hydra with the help of an up and coming Hydra agent named The Natural.

This issue picks right up at the diner with Eden leaving the diner while Sam and Bucky once again take on The Natural. Outside, as Eden plans to get away, she’s intercepted by Baron Zemo and a squad of Hydra agents. Zemo thinks he has the leverage when Eden activates her own sleeper agents within Zemo’s ranks. The power struggle turns literal as Eden and Zemo fight hand-to-hand for the right to lead Hydra.

Eventually the fight inside the diner spills over and it’s one big happy royal rumble. Sam, Bucky, Zemo, Eden and The Natural decide to team up and take out all the Hydra agents so that none of them can leverage their loyal soldiers against the others. Then they decide to take down The Natural because he’s the biggest individual threat. What’s next? Bucky pulls a gun on Zemo and considers ending him right then and there. Sam talks him down, which gives Eden a chance to pull her own gun at the other three. Suddenly McKenzie, who had defected to become a Hydra agent, comes out of nowhere, shoots Eden in the arm and Zemo escapes in the commotion.

The series ends back at Sam’s veteran support group, this time with Bucky and McKenzie joining him.

The finale was an all out brawl with all the various factions coming together and getting in each others’ ways. The dialogue was witty and fast paced, and the art perfectly matched the tone of the series throughout. Sam and Bucky are a great pair and Landy and Vicentini did a fantastic job of developing a genuine push, pull relationship between the two, properly supported by the friends, antagonists and rivals around them. I imagine there were two goals when this series launched: 1) to generate interest in Falcon and Winter Soldier as comic characters to bolster their status as a buddy cop duo in the Marvel Comics universe, potentially leading to an on-going series, and 2) to leverage excitement of the upcoming Marvel Studios Disney+ series to inspire non-comic readers to check out a comic. While the second goal was a bit undermined by the timing of the show given COVID-19, the book creators did their part in creating a fun, easily accessible book for both new and veteran comic readers. Hopefully when the Disney+ show does finally air, new audiences will come back to this book.

The Natural as a character fell flat for me. I get what he represented and there were some fun moments. But I can’t say he’s a character that I want to see revisited any time soon, either as an antagonist or even potential ally.

This book wasn’t the strongest from a diversity perspective, either on the pages or from the creative side. But Sam Wilson is an important character for representation, and his status is about to level up in the MCU when he eventually becomes Captain America (which the comics Sam Wilson already did back in 2014). For that reason alone, I’d love to see Falcon & Winter Soldier get either a follow up mini-series, if not a full on-going, in 2021.

Marvel – First Teaser Trailer, Poster, Stills and More for ‘Shang-Chi and the Legend of the Ten Rings’