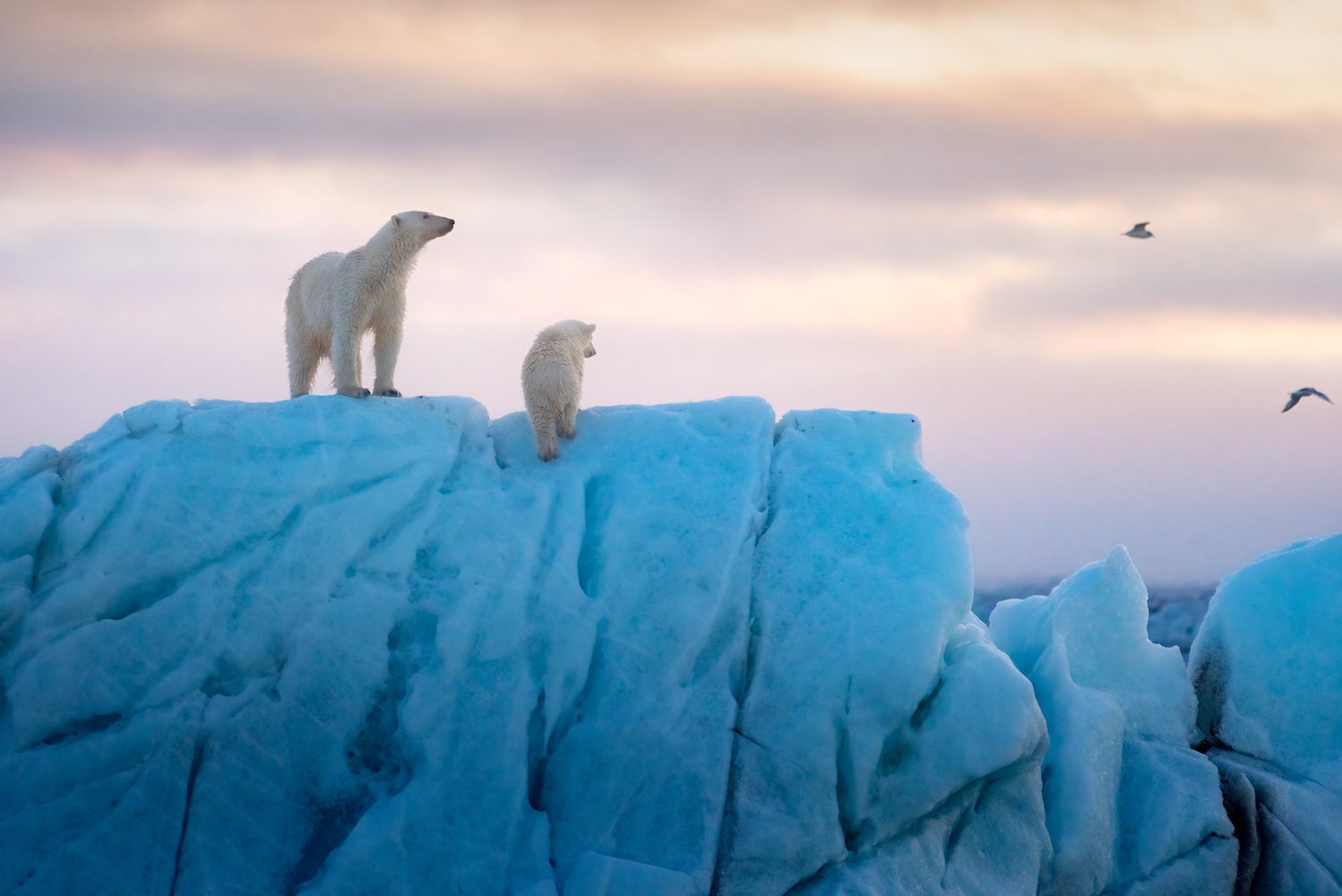 Everyone loves polar bears. It’s hard not to have some amount of affection for the snow white bears regularly featured on Coca-Cola commercials during Christmas time. Sadly, that’s often where the interest and general public awareness of these majestic animals end. I’m guilty of that myself, enjoying the depictions of the animals during the holidays and then not thinking much else about them during the rest of the year. Fortunately, DisneyNature is seeking to change that with its new documentary Polar Bear directed by Alastair Fothergill and Jeff Wilson, which follows the life of a polar bear from youth to motherhood and beyond.

Narrated by two-time Academy Award® nominee Catherine Keener (“Capote,” “Being John Malkovich”), Disneynature’s “Polar Bear” tells the story of a new mother whose memories of her own youth prepare her to navigate motherhood in the increasingly challenging world that polar bears face today. Helmed by Alastair Fothergill and Jeff Wilson, the directing team behind Disneynature’s “Penguins,” and produced by Fothergill, Wilson and Roy Conli, “Polar Bear” streams exclusively on Disney+ on April 22, 2022.

Polar Bear is a breathtakingly beautiful film that captures the majesty, beauty and harshness of the Arctic and the lives of the bears. Director Jeff Wilson talked about how this film was made possible thanks to advances in technology related to drones and the cameras they shot with. The awe-inspiring overhead shots of the Arctic make the viewer feel like they’re silently flying over the landscape, able to experience nature’s unfettered beauty. If there’s one thing this film leaves you with, it’s a greater appreciation of a place that most of us will never have the opportunity to visit.

Of course this is a film about polar bears, specifically a female bear that we follow from her youth to later in life as a mother. Narrated by Catherine Keener (Being John Malkovich, The 40-Year-Old Virgin), we start with the bear early in life, living with her brother and mother. Together, they traverse the Arctic and learn all the necessary life skills to survive. At first the film almost seems like it will be a cute and heartwarming story of an animal family unit. Keener talks about how much climate change has started to destroy their home, but it’s addressed in a way that doesn’t yet seem quite that urgent.

But as the film progresses, the harsh reality of nature is on full display. The film introduces some equally cute seals…and then shows how the mother polar bear hunts them for food. It’s a fascinating choice as the audience can’t help but feel conflicted as we watch our main characters hunt and eat some pretty cute animals. It’s the natural order of things and we shouldn’t feel bad; but it’s also hard not to.

Not long after, the family faces a particularly harsh winter and we realize that as beautiful as the snow covered landscape is, nature can be just as brutal. Eventually, our polar bear has grown to a point where she must separate from her mother and live independently. She meets a male polar bear, eventually mating and having a cub of her own. The film ends with a warning that as challenging as it is for these animals to survive under normal conditions, the rapidly changing climate due to global warming threatens their entire existence.

Keener’s voice over is perfectly suited for the tone of the film, at times light and whimsical, and at others stoic and determined. The film does a great job of balancing the humor and harshness of the story overall. It’s an educational film that will hopefully raise greater awareness for polar bears and the devastating impact of climate change. As director Alastair Fothergill explained to me, the film is suitable for audiences age 4 to 104, making it a worthwhile family film to watch in honor of Earth Day. Those who wish to learn more about polar bears should visit Polar Bears International.

While the film is engaging, it falls short of making the polar bear and her family as relatable as Steve from Penguins. The experience is mostly one of a detached viewer watching at a distance, which in fairness, we are. However, there’s an intimacy that’s lacking and that hurts the necessary emotional connection required for the story and its message to have the desired impact. At the end of the film, the audience knows more about polar bears and the Arctic, and there’s likely to be a greater appreciation for the film’s focus. Unfortunately, I’m not sure it will inspire the kind of action that the film seems to want from its viewers to fight climate change and help protect the polar bears.

The overall theme of the film is also unclear. Is the film about the life arc of a polar bear or is it about the consequences of climate change? The film seems to want to show both, and certainly the two ideas are intertwined, but it doesn’t present the two ideas in a cohesive enough way. The result is a story that mostly follows the life of a polar bear, with some interludes reminding us about how bad climate change is.

Ultimately, those who are interested in nature documentaries, polar bears and the Arctic will appreciate the film. I’m not sure though that it will leave a lasting impression on those who don’t already have a vested interest in the subject matter.