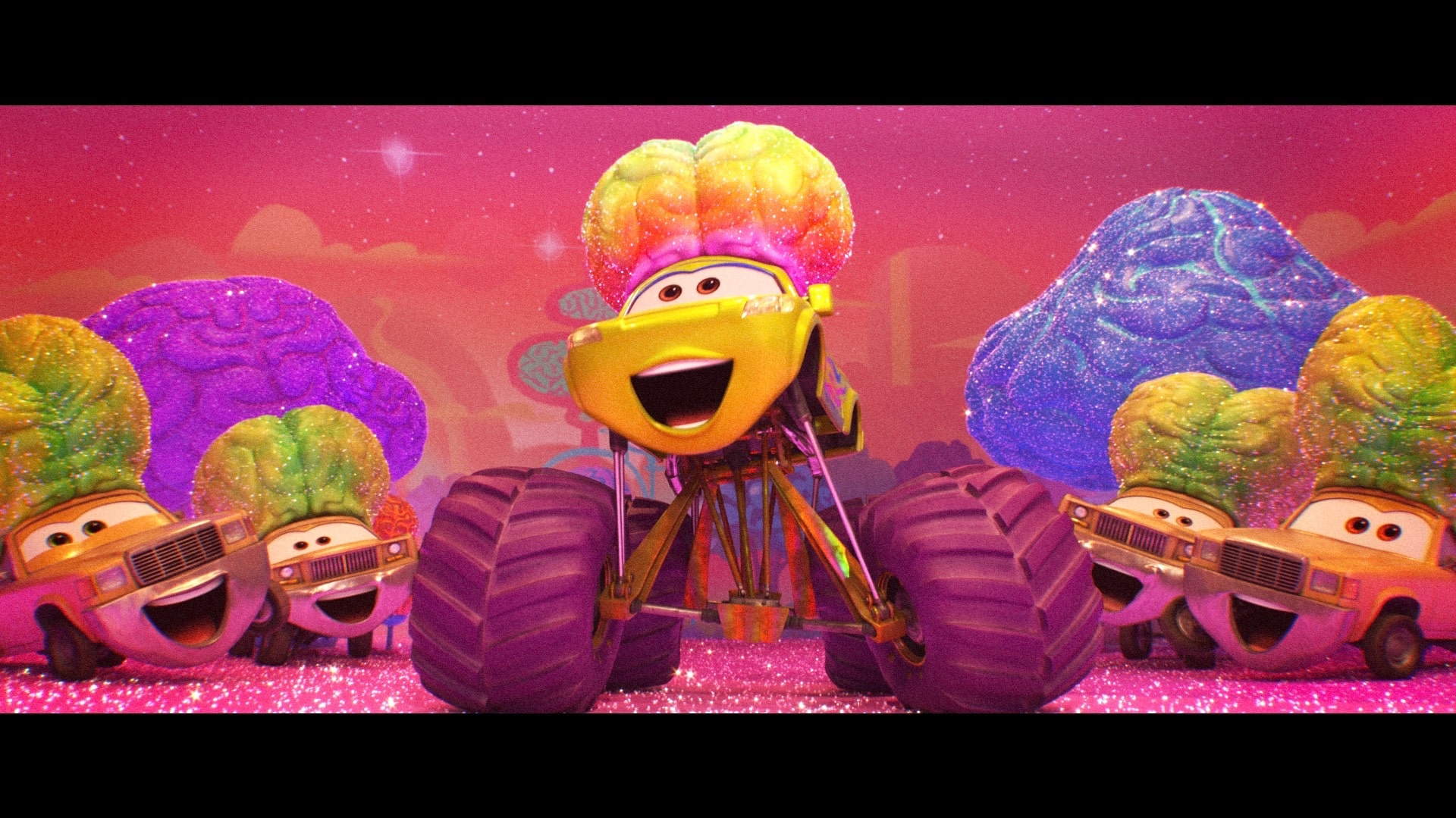 Pixar’s Cars is one of Disney’s most easily recognizable franchises. Cars first debuted in 2006, followed by two sequels, spinoffs, and even theme park attractions at Disneyland. The Cars universe continues to grow with the new Disney Plus series Cars on the Road.

In celebration of Disney+ Day, Cars on the Road will debut on the streaming service September 8, 2022. The series stars Owen Wilson as Lightning McQueen and Larry the Cable Guy as Mater. Lightning accompanies his best buddy Mater on a cross country roadtrip to his sister’s wedding. The series follows their journey and all of the characters they meet on the way.

The series follows Lightning McQueen (voice of Owen Wilson) and his best friend Mater (voice of Larry the Cable Guy) as they head east from Radiator Springs on a cross-country road trip to meet up with Mater’s sister. Along the way, every stop is its own adventure, with outrageous roadside attractions and colorful new characters. “Cars on the Road” is produced by Marc Sondheimer. The series’ episodes are directed by Steve Purcell (Eps 1, 2, 8), Bobby Podesta (Eps 5, 6, 9) and Brian Fee (Eps 3, 4, 7). Composer Jake Monaco created the score for all nine episodes.

Each episode of Cars on the Road feels like a mini movie. There are nine episodes approximately eight or nine minutes long, with each one being a different day on the road trip. As director Steve Purcell says: “Like any real road trip, every day is a new mini-adventure with unexpected twists and turns.” This series is a fun, family friendly slice of life and it doesn’t require any knowledge of the prior films, making it accessible for all audiences.

Through having Owen Wilson and Larry the Cable Guy star in this series, and the beautiful animation we have come to associate with Pixar, Cars on the Road feels just like the Cars films, but in a shorter format. The episodes are filled with action, humor, and adventures that aren’t quite big enough to constitute a movie release, making this is the type of content perfect for a platform like Disney+. And while the series is short, it doesn’t prevent our leads from having some great character moments and vulnerability. Mater in particular is great and we get to learn more about him than I expected from this series.

Each of the episodes are very different, and we get different tones from them, like a spooky episode, fun episodes, and an episode that’s more dramatic. There are a lot of action sequences, laughs, and smiles to go around. The fourth episode “The Legend” for example takes place in the woods at night. There is a mystery aspect in the chase sequence that, when combined with the lighting, feels like a thriller. The night time setting looks stunning as it is beautifully lit and the colors really pop. Another episode features a group of cars that resemble a post apocalyptic Mad Max type aesthetic, and it feels grittier. The environment art is also beautiful, the skies and backgrounds help make the show feel cinematic with its quality, matching the tone of the episode. The animation is top notch throughout, and the faces are very expressive which adds to the humor and emotion when a character is scared, sad, or being funny.

Overall, I found the series to be very enjoyable. It is definitely worth the attention of any Cars fan, as I have been since I was five years old. One thing I’ve always enjoyed about the Cars films is the many characters that are introduced. We thankfully get to see some of them again, but we meet a lot of new characters as well; my new favorite being a monster truck named Ivy. Getting to meet Mater’s sister as well is very fun as a lifelong fan. This series allowed me to revisit some of my favorite childhood characters in a short form format, while retaining the quality and being a lot of fun. I hope to get a season 2 so we can revisit our favorite best buddies on another roadtrip in the future.