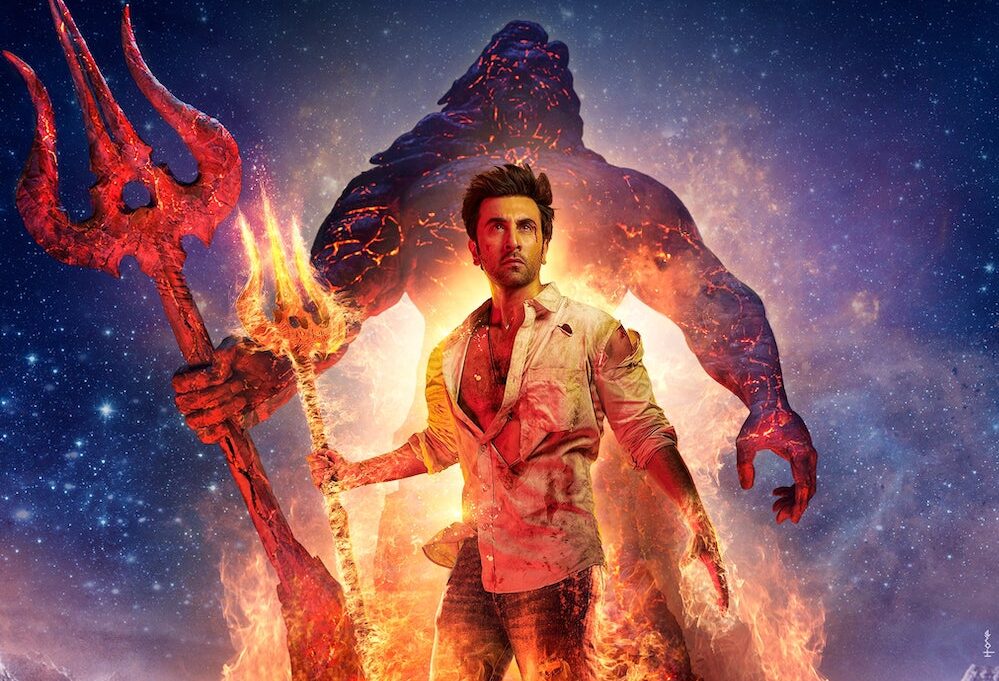 There’s a lot of talent (and story) to be found overseas in many ways and in many forms; one of those ways in particular is through the avenue of film. I’m a big fan of foreign films, from Chinese action flicks like SPL to obscure French cinema like La Note Bleu. There’s a unique way directors from different backgrounds can communicate that’s distinctly their own, but can be amazingly touching by using a universal medium like film.

Enter Indian director Ayan Mukherjee’s ambitious and jam-packed epic: Brahmāstra Part One: Shiva. Both an original tale and one that builds on classic Indian folklore, Brahmāstra is a towering flick that audiences the world over will find something to love about. Equal parts Bollywood musical and superhero movie, we follow the life of a young DJ named Shiva (vigorously played by Ranbir Kapoor—if we’re lucky, American audiences should be seeing more of him), as he uncovers his past and that of the Brahmāstra—an ancient, powerful weapon older than time that threatens the fate of the universe if in the wrong hands.

BRAHMĀSTRA: THE TRILOGY is a three-part film franchise that marks the beginning of India’s first original cinematic universe, The Astraverse. Inspired by deeply rooted concepts and tales from India’s ancient history yet set in the modern world, “Brahmāstra” is an epic story of fantasy, adventure, good vs evil, love and hope, told using cutting-edge technology and never-seen-before visual spectacle. The magnum opus brings together the stellar ensemble cast of Amitabh Bachchan, Ranbir Kapoor, Alia Bhatt, Mouni Roy and Nagarjuna Akkineni.

REVIEW – A Feats of Action, Music and Love

Brahmāstra takes concepts from The Puranas (ancient Hindu texts) and frames them in a familiar way (like western writers have done with Greek mythology for centuries) but without losing the scale. The Brahmastra is the ultimate weapon, but in this world there are “Astras,” and “Brahmansh” which are totems (or people) that also possess supernatural abilities like heightened speed and strength. All of this is clearly communicated through a gorgeously illustrated opening monologue; one of Ayan’s skills is keeping the plot comprehensible through the chaos of cliff-scaling, super-powered fisticuffs and large dance numbers.

Brahmāstra is a visual feast that would make some Marvel or DC movies jealous; this movie does not skimp on the CGI or VFX and subtlety is not a word Mukherjee seems to be familiar with. The good news is that it’s a universe that is vibrantly colored, so lively and animated that even the most stand-out effects add to, instead of distract from, the plot. From the flare of the acrobatic opening sequence to the elemental powers the Brahmansh wield throughout the action sequences, special effects are composited extremely well. And when it’s time to “show out,” the graphics team lets loose and has fun with the fantasy of it all.

Scale is something Bollywood movies excel at and the musical numbers of Brahmāstra are no exception. Scored by Indian music superstars, Pritam, Arjit Singh and Amitabh Battacharya, the dance sequences are not only well choreographed but super catchy. Most importantly, they carry the story, from our intro to the world of our orphan-turned-superstar hero Shiva to the moments he and leading lady Isha fall in love, there’s a song for all the best moments.

Brahmāstra isn’t without its flaws. We’re introduced to a powerful and dedicated villain in Mouni Roy’s Junoon, but are never really given insight into her backstory. Plus—while I’m a fan of it myself—musicals aren’t always to everyone’s taste. Fortunately for that crowd, there are only a handful of numbers; it isn’t a full on musical. Of course, disappointingly, there’s always the hurdle of language: western audiences are not fans of subtitles.

That said, Brahmāstra is a massive achievement in its own right. It’s a glorious celebration of Indian culture dressed in modern day attire. It’s a super-powered love story you have to see to believe. Having an international cast and crew get the opportunity to present their vision at this level to a global audience isn’t just a win for the creators but for cinema as a whole. Hopefully people will broaden their horizons and keep an eye out for more films they’ll love from the overseas market—because as Brahmāstra proves, the skill and scale is all there. Led a talented and gorgeous cast, the planned Brahmāstra trilogy promises to be a cinematic triumph if part one is anything to go off of.

In this article:Brahmastra, Disney, Review

It’s no surprise that Cars continues to be one of the most popular franchises in the Pixar library. First released in 2006, the film...