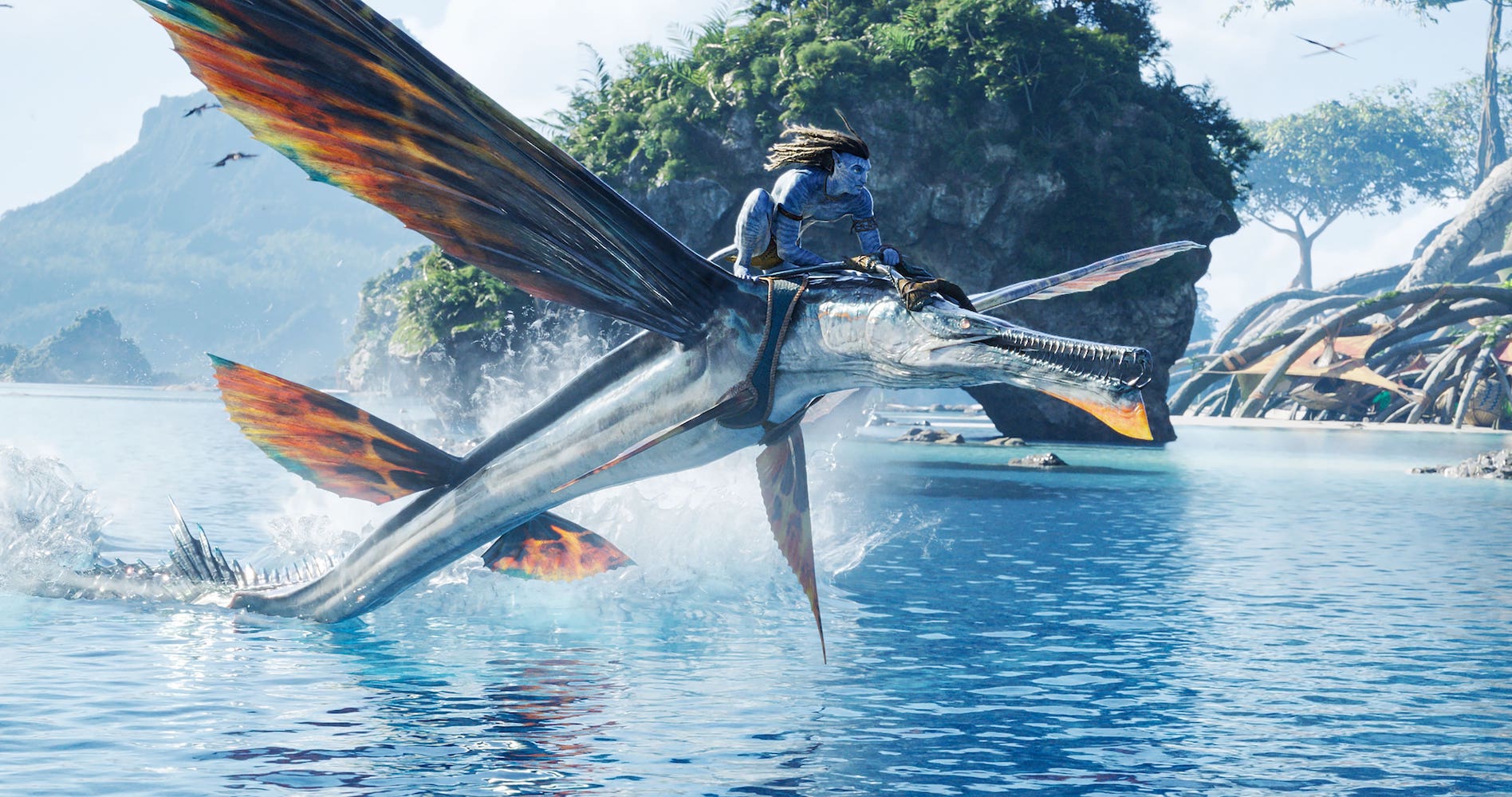 James Cameron’s Avatar is one of the most successful films of all time and also one of the most enigmatic. Since its release in 2009, it has earned over $2.9 billion in the box office, launched the 3D film revolution and set the financial standard by which every subsequent blockbuster film is measured. And yet, in recent years the film has been the subject of questions regarding its cultural impact and whether the story is memorable. These questions aren’t asked of Avengers or Star Wars films. With the release of Avatar: The Way of Water, and with an already filmed third entry on the way, Avatar is officially a film franchise, and these sequels should help answer these lingering questions. Unfortunately, the answers may not be what Cameron and 20th Century Studios are hoping for.

Avatar: The Way of Water is not enough to establish Avatar as the type of franchise to rival Disney’s other tentpole IPs. After more than a decade since the first film’s release, the sequel does not do what successful sequels need to – expand the existing characters and world in unexpected and intriguing ways. Instead, The Way of Water is more of the original. More technology, more of the same main characters, and more of the same conflict. Audiences who are seeking to be challenged, or who hope that the intervening decade will have imbued the story with more depth or nuance, are likely to be disappointed. However, fans who enjoyed the original and are simply eager to return to Pandora and explore its visual wonders will probably appreciate their return trip. No matter its shortcomings, The Way of Water is still a visual feast that few films can compare to and it’s certainly worth watching on the very biggest and best screen possible.

Avatar: The Way of Water premieres in theaters December 16, 2022! Light spoilers below!

Set more than a decade after the events of the first film, “Avatar: The Way of Water” begins to tell the story of the Sully family (Jake, Neytiri and their kids), the trouble that follows them, the lengths they go to keep each other safe, the battles they fight to stay alive and the tragedies they endure.

With Avatar, James Cameron pushed film technology to new levels, creating a digital 3D world that few had imagined was possible in 2009 and one that hasn’t been matched even in 2022. Perhaps questions regarding how memorable the film’s story is stem partly from the fact that the visual world that Cameron created is so stunning that the story got lost in the beauty of its setting. For all the discourse on whether Avatar is memorable, I can vividly remember the actual experience of watching the film and it’s an experience that hasn’t been replicated in theaters since. In that way, The Way of Water is truly a return. It’s a return to Pandora, a return to genuinely immersive 3D visuals and a return to film as more of a physical experience.

There will undoubtedly be comparisons to theme park rides and video games, both of which likely benefited from Cameron’s technological achievements in the first film. The comparisons are appropriate, as The Way of Water is a physical and sensory experience. Five years ago, the theme park attraction, Pandora – The World of Avatar opened in Disney World, and this film feels as much an expansion of the attraction as it does a sequel film.

To Cameron’s credit, he allows, and even encourages, audiences to fully explore this new part of Pandora. Appropriately, the film’s characters are our avatars, and through them, we experience generous moments of swimming underwater, interacting with the unique marine life and virtually feeling what it’s like to live on Pandora’s coastal shores. Those moments are truly impressive, and once again, likely to be the lasting impression that this film leaves. The Way of Water is another technological marvel.

While the visual experience of The Way of Water is memorable, little else is. The story once again centers around Jake Sully (Sam Worthington), Neytiri (Zoe Saldaña) and the indigenous Na’vi, and they are once again besieged by evil humans led, again, by Colonel Miles Quaritch (Stephen Lang). Sure, there are some distinctions – the Sully family has expanded with children that can’t be (and isn’t) explained, and Quaritch and his henchmen have fully taken on Na’vi forms thanks to what we can only assume are advances in technology. And instead of the largely forest setting of the first, this story is primarily moved to the oceans of Pandora. However, most of the story decisions seem rooted in one primary goal – to show off what the new technology can do.

The time between the first film and this sequel did not come with a more rich story or increased self-awareness. Avatar has been criticized for being a story that is rooted in white savior tropes. The story is about a white human male, who presents like an indigenous Na’vi, falls in love with an indigenous female, and becomes their savior. It’s the kind of story that was already stale in 2009, let alone 2022. This sequel was an opportunity to turn the trope on its head and tell a story that focused more on the indigenous people, show them as the heroes of their own stories, and maybe even wrestle with the problematic elements of the first film. Unfortunately none of that happened.

Instead, Jake is now the unquestioned hero of this specific group of Na’vi and the primary focus of the story. Neytiri and their children are little more than accessories to support and/or be saved by, Jake and serve his narrative. The film boils down to a personal rivalry between Jake and Quaritch, two white human men who have taken the form of indigenous beings to fight their personal war, with the actual indigenous beings suffering the brutal consequences.

Perhaps just as frustrating is the incomplete nature of the story, despite its 3 hour and 10 minute runtime. With the third Avatar already filmed, The Way of Water feels like an overly long and deliberately slow set-up of the next film (which is supposed to be followed by two more films after that). The unsatisfying conclusion makes the moments of exploration earlier in the film feel like a deliberate attempt to stall, and one can’t help but feel that the second and third film could have been one, less indulgent and more complete, film.

Avatar and Avatar: The Way of Water involve an indigenous group on an alien planet. And yet, there are no indigenous actors in any of the lead roles, and the broader diversity within the cast as a whole is sparse. While the lack of diversity is something that was more commonly overlooked in 2009 (though still not excusable), it’s even more disappointing that the sequel did so little to add diverse actors to its main cast.

Just as disappointing, as discussed above, is how little the story has evolved. Critics of the first have compared it to films like Dances With Wolves, Pocahontas and FernGully, and the sequel does little to differentiate the story from its cliched tropes.