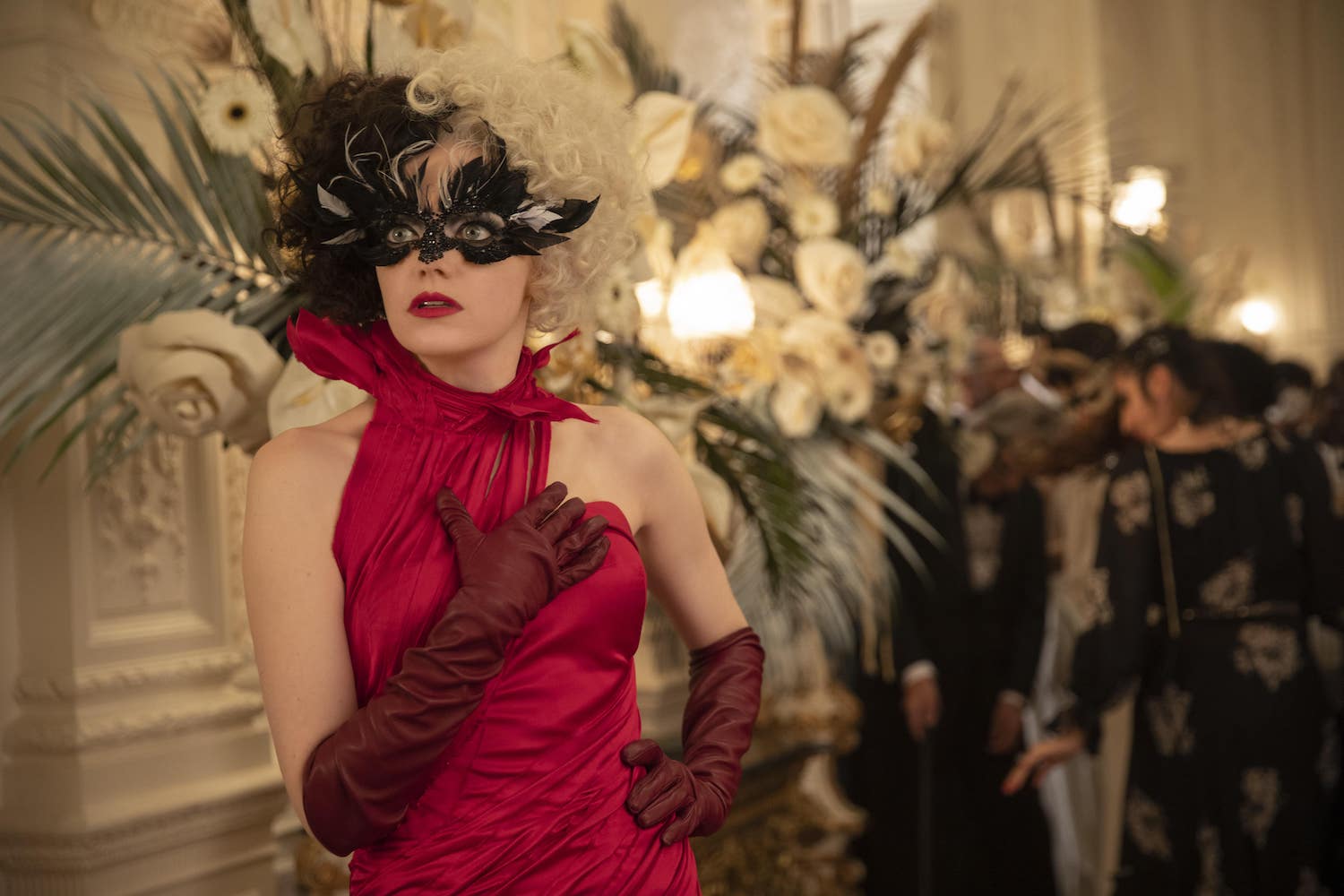 Disney’s Cruella is a unique film in so many ways. Its bold and edgy aesthetics are unique (especially for a Disney film), it takes an iconic story and puts a fresh spin on the canon, and it’s a story that essentially features two villains pitted against each other. In order to pull off such a unique film, you need uniquely talented stars.

As I wrote in my review of Cruella, Emma Stone and Emma Thompson shine bright as Estella/Cruella de Vil and The Baroness respectively. Both deliver inspired performances that feel like they were born for these roles.

At a recent press conference for the film, Stone and Thompson, who have both primarily played “good” characters over the course of their careers, spoke about how much they enjoyed embracing their dark side and playing morally questionable characters who have the nuance to make them relatable.

Emma Stone, who plays the iconic villain Cruella de Vil, spoke about how the film was given creative flexibility to tell a darker story. “They really let, I think, [director] Craig [Gillespie] and [writer] Tony [McNamara] kind of write and make what they wanted to make,” Stone said. “[I]t was darker than I’ve seen a Disney movie for a good long time.”

Stone of course plays almost a dual role, as the film begins with her known as Estella, before she fully embraced her more villainous side. Stone talked about the duality of her character and why she enjoyed the inevitable heel turn. “[T]here is a sort of rejection of Estella that comes at a point, and Estella is sweet, but she’s not fully embodied. So I would say there is something about Cruella that’s pretty enticing, because she just kind of is who she is.” Stone said. “She’s in full acceptance and autonomy there. So I am kind of interested in that Cruella world.”

For Emma Thompson, whose credits include films like Sense and Sensibility and Love Actually, she seemed to relish finally getting the opportunity to play an evil character. “I had such fun doing her, because I think I’ve been asking for quite a number of years if I could be a villain, a proper villain. I spent decades playing what my mother used to call, ‘Good women in frocks,’ and now I got to play a really evil woman in frocks,” Thompson said.

It’s easy to hate Thompson’s The Baroness, who isn’t even given a proper name in the film, but the unique thing about her character is that in many ways, you can’t help but respect her. The film takes place in 1970s London, and one can only imagine how challenging it was during that time for women in the business world. It makes sense then that a character like The Baroness would have to be absolutely ruthless to succeed. Thompson recognized that element of her character and admitted that in many ways, The Baroness was right.

She is hardened, completely, and believes in the hardness. She thinks that’s the only way, and that’s what, is so kind of unusual about her, actually. I mean, like Emily, I am very interested in the dark side of a female character, because they’re so rarely allowed to be dark. You know, we’re all supposed to nice and good, aren’t we? And bad mothers are simply unforgivable. I mean, nobody can find words for the bad mother. And so, you know, we don’t know about where they’ve all come from and how they’ve developed, but the Baroness is just…she’s so, single-minded, and she says this wonderful thing. She says, “If I hadn’t been single-minded, I might have had to put my genius at the back of the drawer,” like so many other women of genius, who died without producing anything and without using their genius. And you know, what did they do? And actually, it is a very good point. So whilst, as [Emma Stone] says, I wouldn’t necessarily walk that path, her commitment to her own creativity is rather ad-admirable, I think and difficult, probably.

Emma Thompson on her character The Baroness

Stone agreed with Thompson’s assessment of not only The Baroness, but villains in general. She talked about how villains often believe that they are the hero of the story, and that comes with nuance. “I don’t think I would ever be able to play a character if I truly thought, like, oh, they’re just bad, they’re just a villain,” Stone said. “I mean I think the only way you can really…do you think anybody evil walks through the world thinking they’re evil? I mean, I don’t think so. I think they think they’re right.”

Both Stone and Thompson played their villainess roles with flair, and their understanding of the nuances inherent in their characters elevated their performances and the film as a whole. I’m a firm believer that a film is only as good as its villains, and in that area, Cruella hit a home run.

Watch Emma Stone and Emma Thompson in Disney’s Cruella, out now in theaters and on Disney+ via premier access!