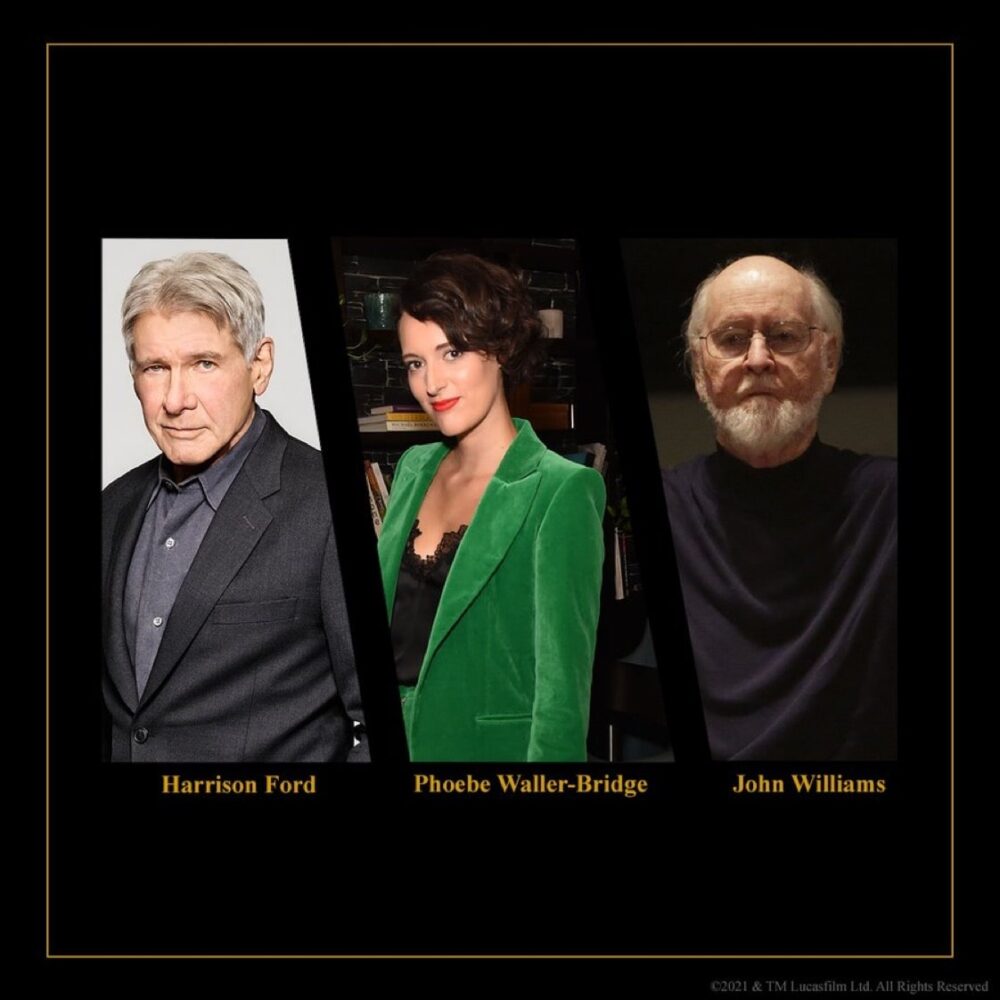 Indiana Jones is back and he’s not alone! Lucasfilm announced today that Phoebe Waller-Bridge, who starred in Fleabag and Solo: A Star Wars Story, will be co-starring next to Harrison Ford in the next Indiana Jones film. James Mangold, who directed Logan and Ford vs. Ferrari, is helming the project, which will be produced by Kathleen Kennedy, Steven Spielberg, Frank Marshall and Simon Emanuel. The yet untitled project is set to release July 29, 2022!

Waller-Bridge is best known for her Emmy award winning performance as the titular character in Fleabag, which she also wrote and created. She’s also already part of the Lucasfilm family, having voiced L3-37, Lando Calrissian’s co-pilot in Solo: A Star Wars Story.

Another exciting part of the announcement is that legendary composer, John Williams, will score the film. Williams, of course, scored the original film, Indiana Jones and the Raiders of the Lost Ark, 40 years ago in 1981.

If adventure has a name…it must be Indiana Jones! Phoebe Waller-Bridge (Fleabag, Solo: A Star Wars Story) will star alongside Harrison Ford, who is returning to the role of the legendary hero archaeologist, for the fifth installment of the iconic franchise.

In addition, the inimitable John Williams will return to score the film, continuing a musical journey which began 40 years ago with Raiders of the Lost Ark. Williams’ unforgettable Indy soundtracks, packed with all the epic thrills, suspense, romance and excitement that fans have come to expect from an Indiana Jones movie, have become as beloved and familiar as the adventurer-hero’s signature hat and whip.

“I’m thrilled to be starting a new adventure, collaborating with a dream team of all-time great filmmakers,” said the film’s director James Mangold. “Steven, Harrison, Kathy, Frank, and John are all artistic heroes of mine. When you add Phoebe, a dazzling actor, brilliant creative voice and the chemistry she will undoubtedly bring to our set, I can’t help but feel as lucky as Indiana Jones himself.”

It’s always interesting when a show’s background mirrors its subject matter. The Bad Batch, a ragtag group of “defective” clone troopers created in the...