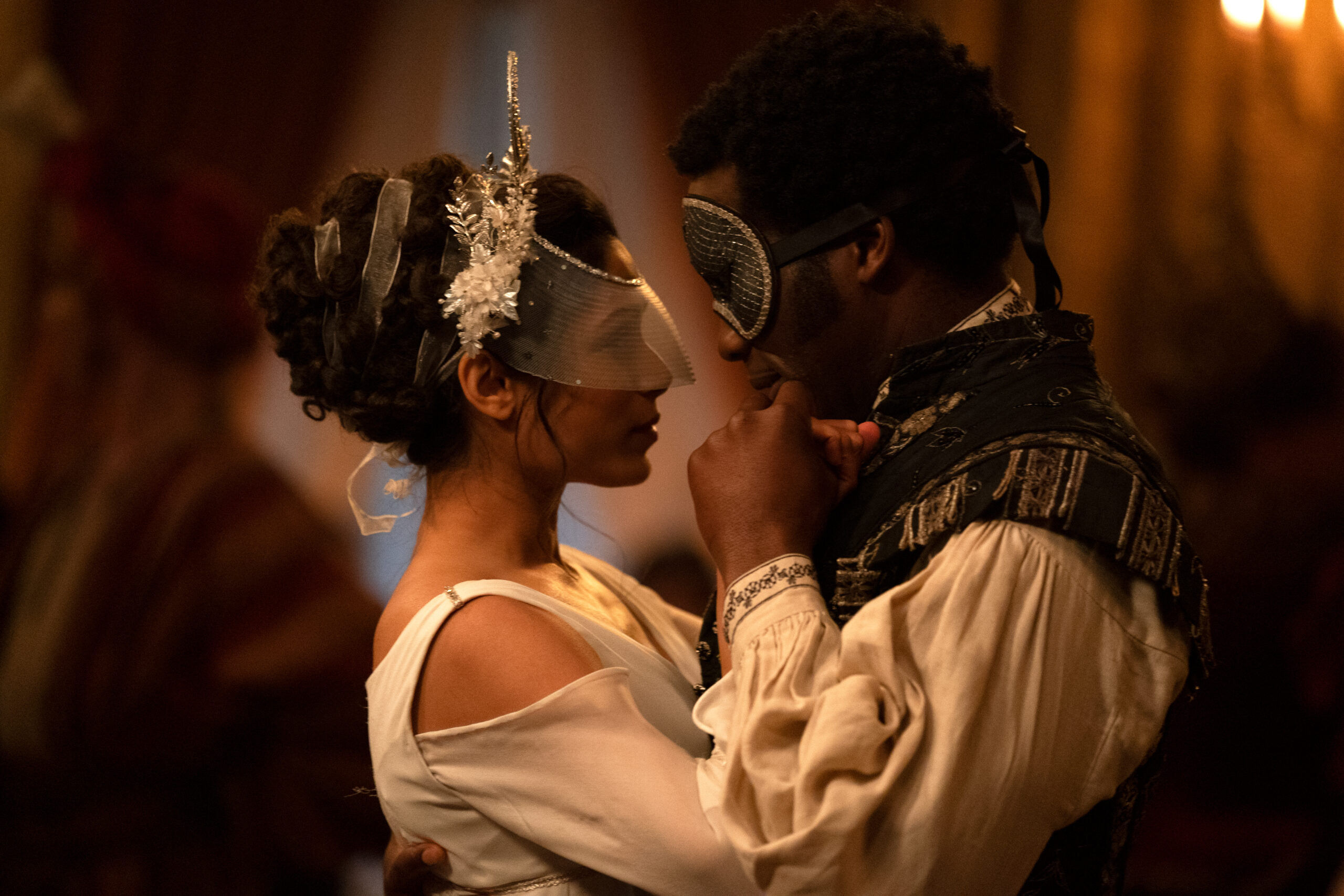 The first thing viewers might notice is that this film is one of the very rare period pieces that features diverse leads. Ashton is of Ugandan descent, Pinto is of Indian descent and Dìrísù is of Nigerian descent. The film also stars Oliver Jackson-Cohen, Ashley Park, and Theo James.

On top of the wonderfully diverse cast, the trailer is a lot of fun and I enjoyed the whimsical tone. It looks like a fresh take on the rom-com love triangle and there’s a lot of potential for hijinks and fun. Period pieces are often not my favorite genre as they tend to be very self-serious and often eras people of color. I’m relieved that neither same to be the case here.

The film is based on the novel of the same name, written by Suzanne Allain, who also wrote the screenplay for the film.

Check out the trailer below. Mr. Malcolm’s List opens in theaters July 1, 2022!

When she fails to meet an item on his list of requirements for a bride, Julia Thistlewaite (Zawe Ashton) is jilted by London’s most eligible bachelor, Mr. Malcolm (Ṣọpẹ́ Dìrísù). Feeling humiliated and determined to exact revenge, she convinces her friend Selina Dalton (Freida Pinto) to play the role of his ideal match. Soon, Mr. Malcolm wonders whether he’s found the perfect woman…or the perfect hoax. Also starring Oliver Jackson-Cohen, Ashley Park, with Theo James.