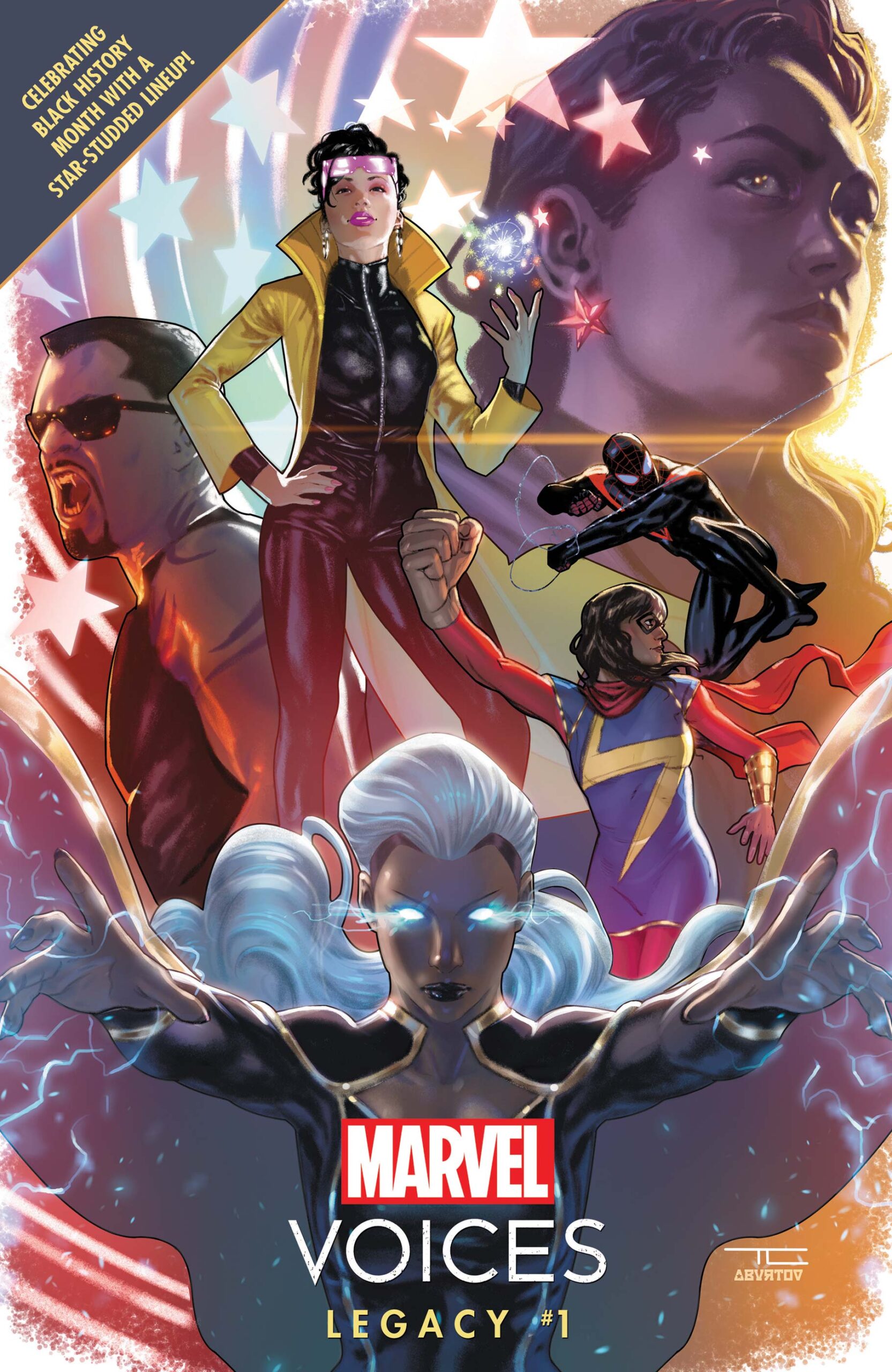 Marvel’s Voices has been one of the leading comics in celebrating diverse superheroes. Every book released so far has been an amazing celebration of diversity and people of color in the Marvel Comics Universe.

This week, Marvel takes it to another level with Marvel’s Voices: Legacy #1, featuring some of the top talent in comics and entertainment like John Ridley, Mohale Mashigo, and Ken Lashley telling seven new stories on characters like Black Panther, Storm, Blade, Falcon, Ironheart and Spectrum.

To promote the book’s release, Marvel release a beautiful new motion trailer today. Check out the trailer below as well as all the details on Marvel’s Voices: Legacy #1 releasing tomorrow!

“I’m deeply appreciative of having had the opportunity to contribute to this amazing collection of narratives,” says Ridley. “MARVEL’S VOICES reminds us all of the power of words, representation and self-expression. And to be able to add to the growing legacy of Miles Morales…. That’s about as good as it gets.”

Pick up this groundbreaking issue tomorrow digitally or at your local comic shop! For more information, visit Marvel.com.