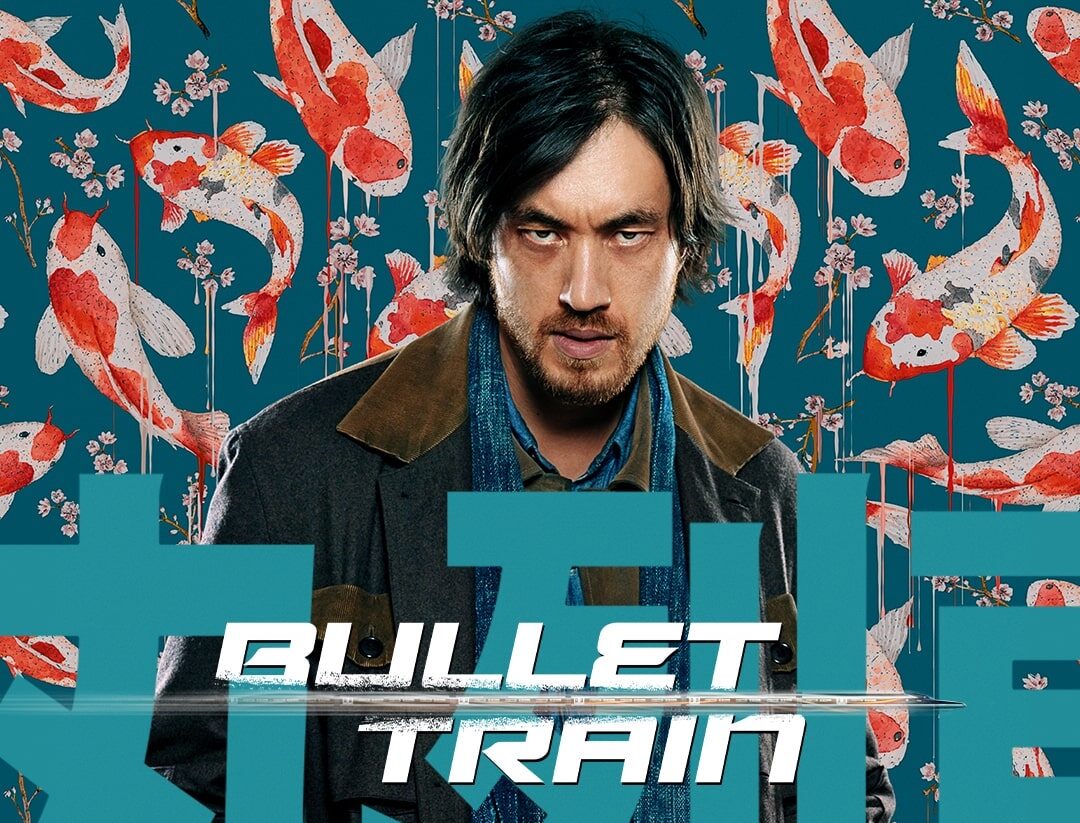 A whole slew of character posters were released today for Brad Pitt’s upcoming film, Bullet Train. Directed by David Leitch and based on the book by Kôtarô Isaka, Bullet Train features one of the most talented and diverse casts of any major studio film.

The character posters are beautifully done, all featuring a design that reflects each character’s background. I particularly love Andrew Koji’s character poster, with Koi Fish and Sakura flowers in the background. Brian Tyree Henry, who plays a character named Lemon, also has a very cool looking poster, as does Hiroyuki Sanada with a tiger infused look. Bad Bunny’s slightly disturbing “The Wolf” poster might just be the most memorable.

As beautiful as the posters are, it’s worth noting that the Japanese might possibly be incorrect. Japanese director/writer/actor Mayumi Yoshida pointed out on Twitter that the translation seems off:

The translation is particularly baffling because one cover of Isaka’s book seems to have the proper Japanese that Yoshida mentioned:

There is a possibility however that the change for the film was intentional. In the official synopsis for the film (provided below), the tagline is “the end of the line is the beginning.” I wonder (hope?) if the translation was intentionally changed to hint at the plot. “Circle train” would make sense if the goal is to tease the idea of the end being the beginning. I certainly hope that something as simple as proper Japanese translation wasn’t accidentally overlooked.

Check out all 11 character posters below. Bullet Train premieres in theaters August 5th!