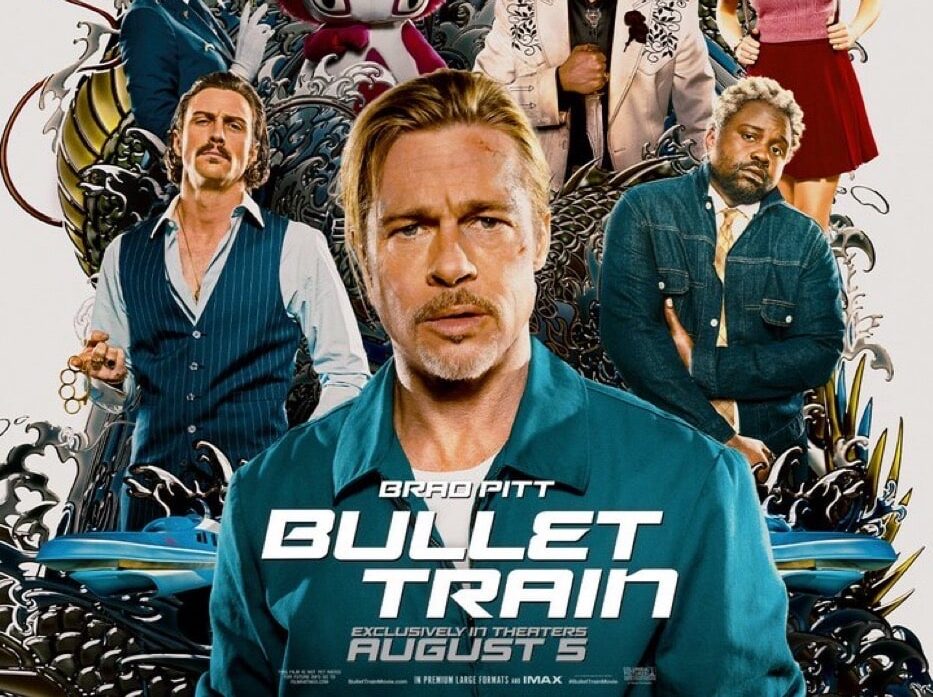 Sony Pictures’ Bullet Train is coming for everyone and it look absolutely amazing! A new trailer was released today for the film and it looks like it’s going to be one of the biggest hits of the summer. Bullet Train is directed by David Leitch, who directed Deadpool 2 and Fast and Furious Presents: Hobbs and Shaw, is based on the book by Kotaro Isaka, and features an absolutely superstar cast that includes Brad Pitt, Brian Tyree Henry, Andrew Koji, Hiroyuki Sanada, Bad Bunny, Sandra Bullock and more.

The cast alone is enough to draw audiences, but Leitch’s now trademark irreverent style mixed with some impressive stylized action really pops in this new trailer. The trailer starts with some friendly banter between Brad PItt and Sandra Bullock, and the two clearly have some incredible chemistry (it’s probably not too hard to have great chemistry with either Pitt or Bullock). We get to see more of Brian Tyree Henry’s villainous character, some Bad Bunny and a bit of Andrew Koji and Hiroyuki Sanada (though not nearly enough of either). Again, this cast is completely stacked!

Bullet Train premieres in theaters August 5th and I’ll definitely be along for the wild ride!