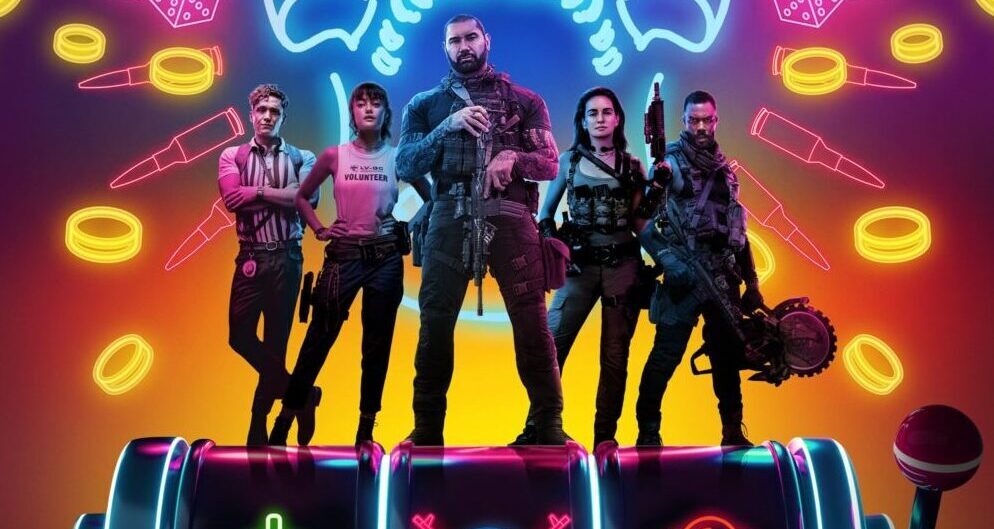 Zack Snyder is going back to his zombie roots and this time he’s going for gold. Netflix released a new trailer and several stills from Snyder’s latest zombie film, Army of the Dead.

The film stars Dave Bautista (Guardians of the Galaxy) as Scott Ward, a former zombie war hero who is hired by a former casino boss, Bly Tanaka, played by Hiroyuki Sanada (Mortal Kombat), to go into the zombie riddled city of Las Vegas to retrieve $200 million.

The general plot of the film is reminiscent of Train to Busan: Peninsula, which released last year, but of course this has Snyder’s unique flavor.

First of all, Sanada drips with charisma in every project he’s in, so I was thrilled to see him in this trailer. I had to laugh when his character Tanaka delivers the line “it should be a simple in and out” because we all know that’s not how zombie stories go. I appreciate the willingness of the film to poke fun at itself and its genre.

It’s also exciting to see Bautista take the leading role here. He’s been in several major projects over the last few years, but the Filipino-American actor hasn’t really been given the chance to be the main star in a film like this. I have no doubt that Bautista will shine, and hopefully this will lead to more leading roles.

Check out the epic trailer and film stills, as well as details on the film below. Army of the Dead premieres in select theaters and on Netflix on May 21!

Synopsis | From filmmaker Zack Snyder (300, Zack Snyder’s Justice League), ARMY OF THE DEAD takes place following a zombie outbreak that has left Las Vegas in ruins and walled off from the rest of the world. When Scott Ward (Dave Bautista), a displaced Vegas local, former zombie war hero who’s now flipping burgers on the outskirts of the town he now calls home, is approached by casino boss Bly Tanaka (Hiroyuki Sanada), it’s with the ultimate proposition: Break into the zombie-infested quarantine zone to retrieve $200 million sitting in a vault beneath the strip before the city is nuked by the government in 32 hours. Driven by the hope that the payoff could help pave the way to a reconciliation with his estranged daughter Kate (Ella Purnell), Ward takes on the challenge, assembling a ragtag team of experts for the heist. They include Maria Cruz (Ana de la Reguera), an ace mechanic and Ward’s old friend; Vanderohe (Omari Hardwick), a zombie killing machine; Marianne Peters (Tig Notaro), a cynical helicopter pilot; Mikey Guzman (Raúl Castillo), a go-for-broke influencer and Chambers (Samantha Win), his ride-or-die; Martin (Garret Dillahunt), the casino’s head of security; a badass warrior known as the Coyote (Nora Arnezeder) who recruits Burt Cummings (Theo Rossi), a slimy security guard; and a brilliant German safe cracker named Dieter (Matthias Schweighöfer). Scott finds an unexpected emotional hurdle when Kate joins the expedition to search for Geeta (Huma S. Qureshi), a mother who’s gone missing inside the city. With a ticking clock, a notoriously impenetrable vault, and a smarter, faster horde of Alpha zombies closing in, only one thing’s for certain in the greatest heist ever attempted: survivors take all.

Netflix is doing a sitcom based on the last standing Blockbuster video store. Blockbuster Video, the once dominant home video rental giant, filed for...