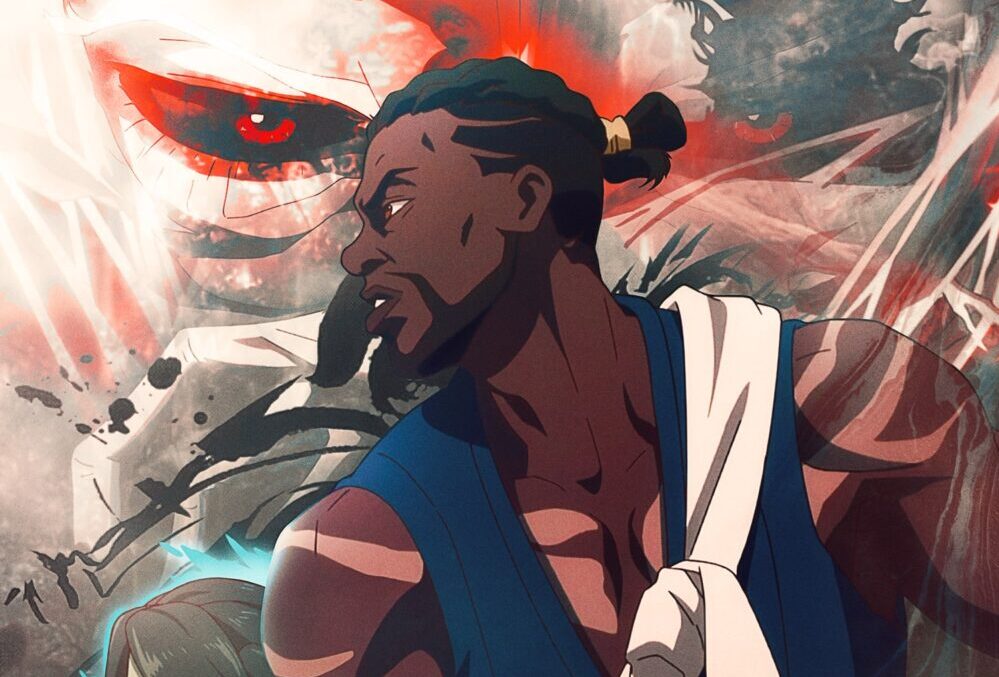 The premiere of Yasuke, the animated series on the first Black samurai, is almost here! Releasing exclusively on Netflix this week, the series features LaKeith Stanfield voicing the titular character.

Earlier this month, Netflix released a teaser trailer and key art, which provided a brief glimpse into the magic and mysticism involved in this series.

Today, the full trailer and poster were revealed, as well as the the expanded voice cast, which includes Ming-Na Wen, Darren Criss, Takehiro Hira and more!

The trailer provides a clearer idea of what this series is about. Yasuke, who was an actual historical figure and the first non-Japanese samurai, served under the Japanese feudal lord Oda Nobunaga during 16th century Japan.

According to some accounts, Yasuke was with Lord Nobunaga when his generals turned against him, forcing him to commit seppuku. His last instructions to Yasuke were to decapitate him and take his sword to his son.

Based on the trailer, this series seems to pick up where the historical accounts/legend leaves off. Not much is known about Yasuke’s story after that incident. The trailer seems to show that event and then we see Yasuke as a samurai without a lord, also known as a ronin.

YASUKE DEBUTS THIS THURSDAY APRIL 29 ONLY ON NETFLIX

The tale is set in a war-torn feudal Japan filled with mechs and magic, the greatest ronin never known, Yasuke, struggles to maintain a peaceful existence after a past life of violence. But when a local village becomes the center of social upheaval between warring daimyo, Yasuke must take up his sword and transport a mysterious child who is the target of dark forces and bloodthirsty warlords.

Netflix is the world’s leading streaming entertainment service with 208 million paid memberships in over 190 countries enjoying TV series, documentaries and feature films across a wide variety of genres and languages. Members can watch as much as they want, anytime, anywhere, on any internet-connected screen. Members can play, pause and resume watching, all without commercials or commitments.

In this article:Netflix, Samurai, Yasuke