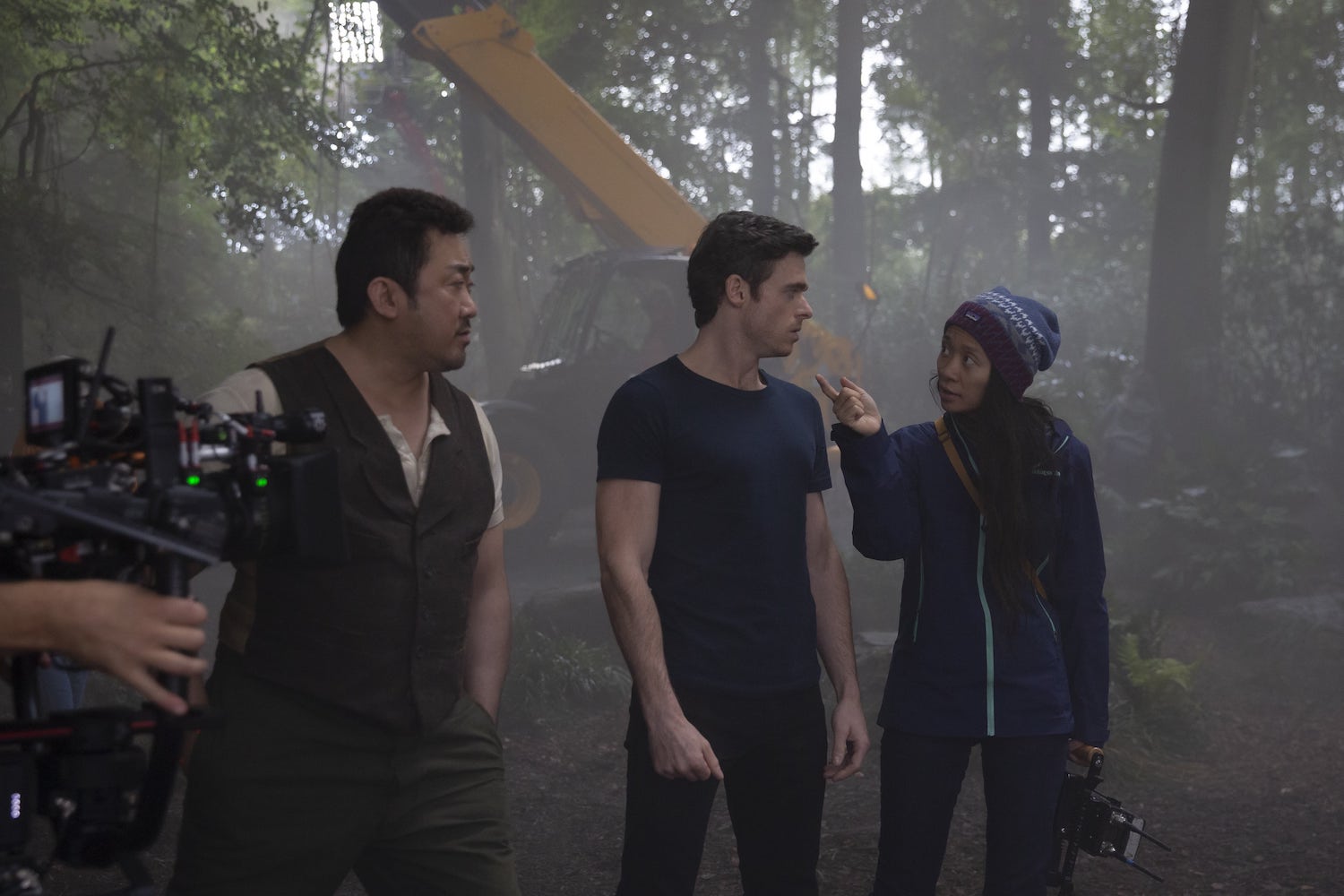 Marvel Studios’ Eternals is the most diverse superhero cast ever and the first MCU film to be directed by a woman of color in Academy Award winning director Chloé Zhao. Eternals takes representation in a superhero film to a new level, featuring characters from all over the world, the first deaf hero and the first openly gay hero in an MCU film.

It’s no surprise then that the global cast of the film understood the potential impact of being part of such a diverse film in the biggest franchise in the world. At a recent press conference for Eternals, the cast and crew spoke emotionally about the film. What was clear from everyone involved is that the power of representation left as much of an impression on the actors as it undoubtedly will for audiences when Eternals premieres on November 5th.

Salma Hayek, who plays Ajak, the matronly leader of the Eternals team, spoke passionately about what a special experience it was to be a part of this project. Hayek, who has 81 film credits to her name, talked about how she had always wanted to play a superhero, but thought it would never happen:

I dream big.  And if I hadn’t, I wouldn’t have gotten here at all.  But in my big dreams, I wanted to be a superhero. And I wanted to work with the best directors in the world, and have big blockbuster movies, and also movies that are art, that are made from a very deep place with great directors. You cannot ask for more. And…but it didn’t happen for me. Didn’t happen that much for me. And so, you fight for it in your 20s, in your 30s, and in your 40s. You go, “Oh, screw them, they don’t get it.”

Considering Hayek is one of the most accomplished and well known actors in the cast of Eternals, it was moving to hear her speak so openly and vulnerably about the frustrations that she faced. As she spoke, the rest of the cast and crew on the panel seemed almost entranced by her words. Clearly they felt some of the same frustrations.

Hayek went on to talk about how powerful working on Eternals was for her. “It’s very humbling when…in the middle of your 50s, a brilliant director gives you the opportunity to do both. To do something that comes from a deep place. That it’s also a big blockbuster. I was wrong.  Everything is possible,” Hayek said. “I think, you know, that not looking like a superhero…it’s Marvel movie superhero. I’m Mexican. I’m Lebanese. I’m Arab also. You know, in my 50s….it’s just beautiful that yesterday [at the premiere] when I came out, I nearly cried because I saw this Latino family; the mother with the three little girls all dressed like Ajak.”

Kumail Nanjiani, who plays the hilarious Kingo, mentioned the trust that he had in the creative team of Marvel Studios President Kevin Feige, Producer Nate Moore, and director Chloé Zhao. “[U]ltimately, for me, all that came down to trust. It really did. You know, on the macro level, trusting Kevin because he’s made so many MCU movies, and they’re all great. I mean what a run,” Nanjiani said. “Then with Chloé, from the first time I met her and Nate Moore, who’s one of the producers, who’s not here today, immediately…you know, usually my instinct would be an opportunity like this, there would be a moment of excitement, and then like, fear. But just in meeting her, I was like, ‘[O]h, she’s not going to let me suck in this thing. So if she wants me to do something, I’m going to do it.'”

The theme of trusting Zhao’s vision was prevalent throughout the press conference. In particular, with Brian Tyree Henry, who plays the genius Phastos. “[I]t really piggybacks on what Kumail said. It came to trust. Well, and I truly, wholeheartedly trusted Chloé,” Tyree Henry said. “[T]he thing that really attracted me to this part was that I just think about all the images of Black men out there and how we are portrayed….And just what the images of Black men were and how we were being portrayed and how we, like, the power was taken from us.”

Tyree Henry spoke about how he connected with his character because Phastos’ talent was used against him by society to make him feel almost embarrassed of his abilities. And yet, Phastos is the one character in the film with the most personal love and connection with humans.

He still tried to find a way to bring heart and love to everything he did, even though, you know, his genius was used against him. And it just really resonated with me. It really resonated a lot with how I felt, how my place in society was, how, you know, we can be kings and queens, and at the same time, they’ll take our pedestal and take our superpowers from us like that. And so what I love the most about Eternals is that Chloé and Nate really just re-instilled that power back in me again.

For Tyree Henry, one of the critical ways that Zhao and Moore helped to empower him was fully embracing who he was as a person. For a major blockbuster superhero film, one might expect there to be a considerable expectation of a physical change. Indeed, Tyree Henry’s Eternals co-star made waves last year for his impressive superhero physique. However, Tyree Henry noted that there were no such expectations.

“I remember the first time that they were like, ‘So we want you to be a superhero.’ I was like, ‘Cool. How much weight do I have to lose?’ And like, Chloé was like, ‘What are you talking about? We want you exactly as you are.’ And to be, again, to be a Black man, to have someone look at you and say, ‘We want you exactly the way you are,’ is unlike anything that I’ve ever felt,” Tyree Henry said.