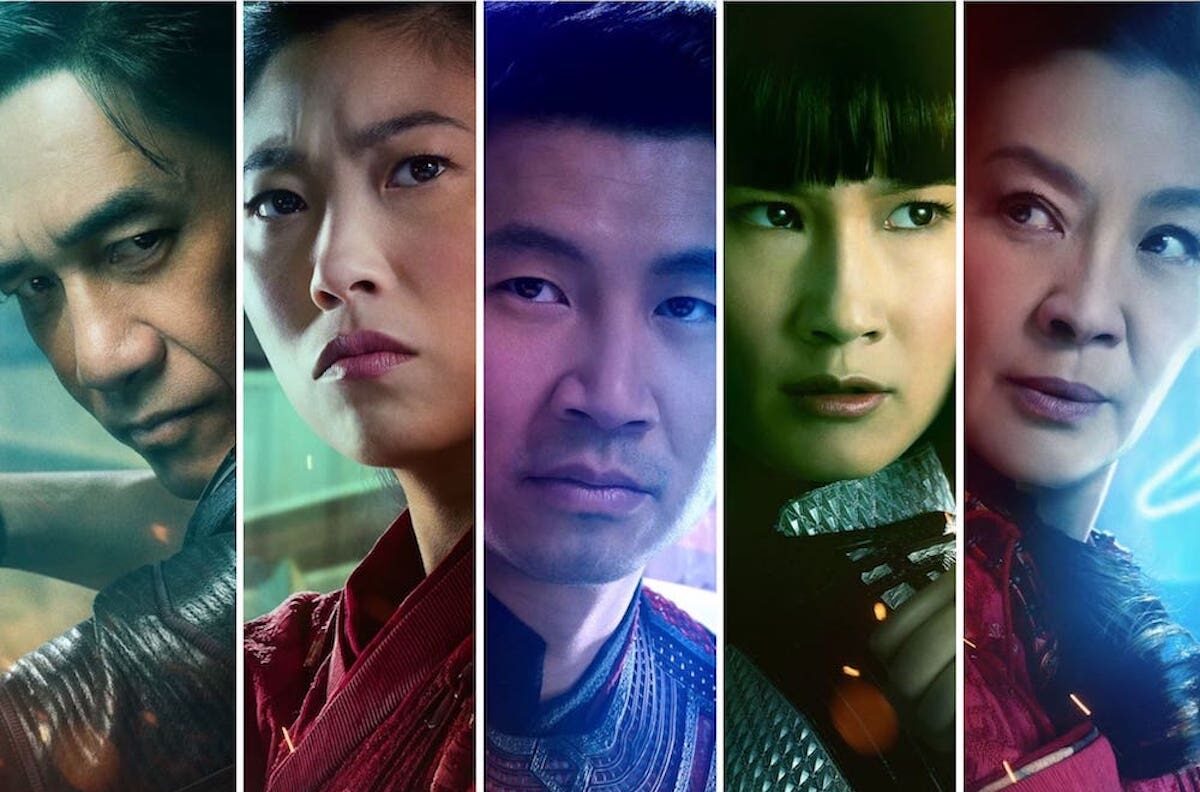 The posters highlight each of the characters in front of a colorful background lit by what looks to be neon lighting. There’s even some graffiti in the background for some of the posters. The designs elicit Hong Kong martial arts films with a dynamic feel. Especially with Awakfina’s Katy, this is a rare look at her character as a warrior rather than just Shang-Chi’s friend. The posters also include the film’s logo in a new color combination, this time with steel grey lettering and gold border.

It’s also nice to see the two Hong Kong film icons, Michelle Yeoh and Tony Leung, officially with their own Marvel Studios posters. While we know that Leung is set to play Wenwu, also known as the infamous villain The Mandarin, not much is known about Yeoh’s character.

From the trailers it seems that Yeoh’s Jiang Nan is the opposite of Wenwu, serving as a light side mentor to Shang-Chi. After an all-too-brief first appearance in the Marvel Cinematic Universe as Aleta Ogord in Guardians of the Galaxy 2, I couldn’t be more excited for the potential that Yeoh will play a more central role in Shang-Chi and the Legend of the Ten Rings.

Possibly my two favorite posters are Meng’er Zhang’s Xialing and the ever mysterious Death Dealer. Xialing looks more badass in every promotional image that we see her in, and her character poster is simply fierce. Meanwhile, the Death Dealer might have the coolest character design in the entire film.

Shang-Chi and the Legend of the Ten Rings premieres only in theaters on September 3rd! We’re almost there!

In this article:Marvel, Marvel Studios, MarvelStudios, Shang Chi, Shang Chi and the Legend of the Ten Rings, ShangChi, ShangChiandtheLegendoftheTenRings