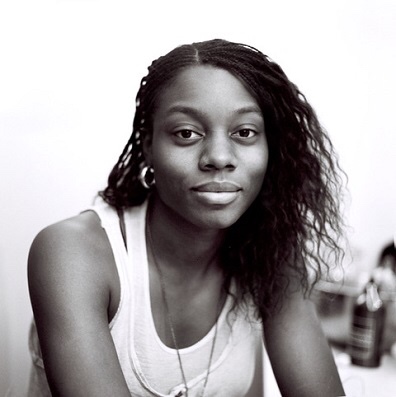 Phase 4 of the Marvel Cinematic Universe continues to look like it is going to be a new standard for diversity in blockbuster films. Yesterday evening, Deadline broke the news that Marvel Studios has hired Candyman director Nia DaCosta to helm the upcoming Captain Marvel sequel starring Brie Larson. DaCosta, best known for directing the critically acclaimed indie film Little Woods and the latest Candyman reboot produced by Jordan Peele, is certainly a rising star and this hiring cements her as one of the highest profile women of color directors in the industry.

Deadline noted that with DaCosta, Captain Marvel 2 is likely to become the biggest budgeted film directed by a Black woman. Currently, that title is held by trailblazing director Ava DuVernay, who directed A Wrinkle in Time with a budget of $115 million. There isn’t a bigger sandbox to play in right now than the Marvel Cinematic Universe, and it’s exciting that a filmmaker like DaCosta will get the opportunity to take over Captain Marvel, who is likely to become one of the cornerstones of the next era of Marvel movies. With Avengers: Endgame bringing the first generation of the MCU to a close, the expectation is that Captain Marvel will play a critical role in leading Marvel’s superheroes in the same vein as Captain America and Iron Man did in the previous era.

In addition to the importance of Captain Marvel’s role within the universe, there have been rumors that the Captain Marvel sequel will introduce several new heroes, similar to how Captain America: Civil War featured the first MCU appearances of both Tom Holland’s Spider-Man and Chadwick Boseman’s Black Panther. Two potential candidates to be seen in Captain Marvel 2 are Monica Rambeau as Spectrum and Kamala Khan as Ms. Marvel. Rambeau, played by Akira Akbar, appeared as an important supporting character in the first Captain Marvel film. In the comics, Rambeau becomes a character who can convert her body into energy and is initially labeled “Captain Marvel”, later taking on the moniker Spectrum. Kamala Khan on the other hand is a young girl who idolizes Carol Danvers and thus names herself Ms. Marvel in her honor. Both characters have close ties to Captain Marvel and would be natural fits to appear in the sequel. A Kamala Khan series is also currently being developed for Disney+ so introducing her first in Captain Marvel would be great synergy.

Marvel Studios continues to lead the way with putting diverse creators in front of, and behind, the camera of its blockbuster films. There arguably isn’t a more important and impactful franchise than Marvel right now and having diverse voices tell these stories is a major step towards increased representation in media. In addition to DaCosta, Chloe Zhao directed the upcoming Eternals film, Destin Daniel Cretton is directing Shang-Chi and the Legend of the Ten Rings, and Taika Waititi is set to return to direct Thor: Love and Thunder. There are also diverse creatives behind several of the upcoming Disney+ Marvel shows, and we know that a Blade film starring Mahershala Ali is on the way. It’s truly an exciting time for representation!

DaCosta’s Candyman has unfortunately been postponed due to COVID, but interest in that film, which was already high, will likely skyrocket with this news. You can watch the much hyped trailer below: