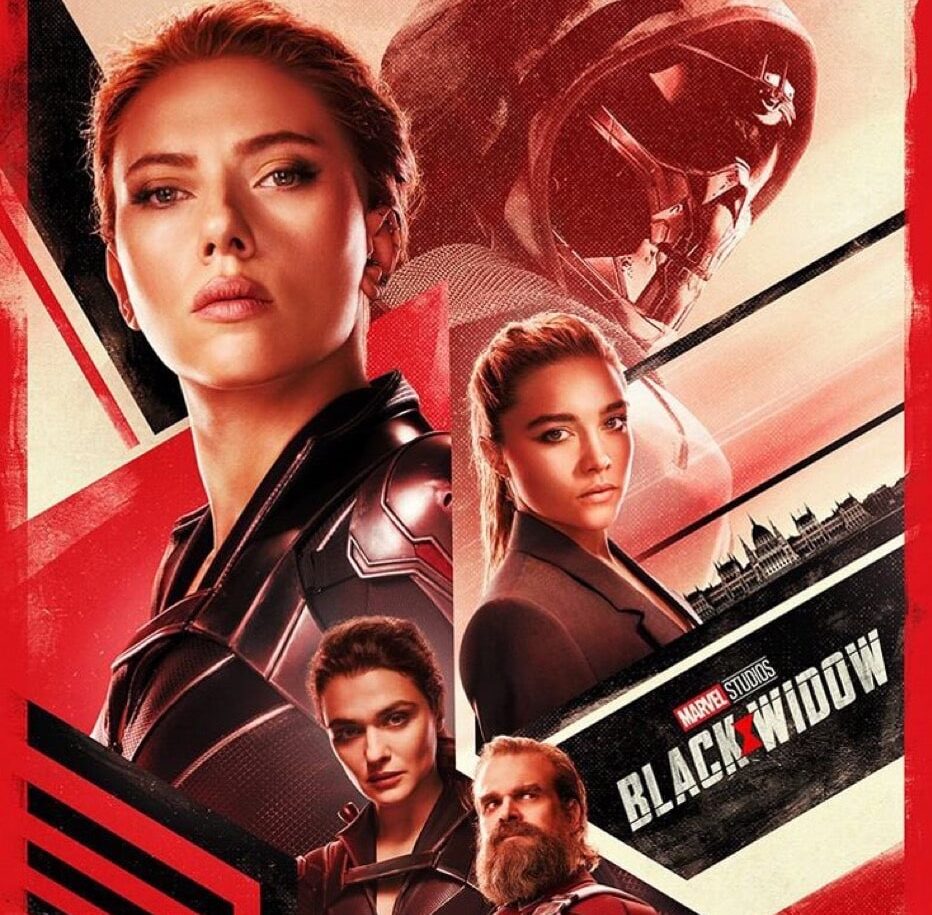 This is not a drill! The Marvel Cinematic Universe is less than one month away from returning to theaters (and making its debut on Disney+ Premier Access) with Black Widow! To say that it seems like a lifetime since Phase Four ended with Avengers: Endgame and Spider-Man: Far From Home is beyond an understatement.

While MCU fans have been lucky that the Disney+ shows have given us (and continues to give us) exceptional content, there’s nothing quite like a feature film. On July 9th, Marvel Studios is back in theaters with Black Widow, and advance tickets are on sale now via Fandango and all your favorite ticket sale outlets. For those who still prefer the at home experience, you can pre-order Black Widow on Disney+ Premier Access now as well for $29.99! Remember that with Premier Access, you essentially purchase the film (as long as you have Disney+) and can rewatch it as desired.

For a film like Black Widow, there’s a significant value to being able to watch it multiple times on demand as soon as it premieres. I can even see many fans actually opting for both viewing options. Especially if the film is as good as people expect, fans might decide to come home from the theater and purchase the film via Premier Access.

To celebrate the release of advance ticket sales, Marvel Studios released three clips – a behind the scene featurette and two promotional clips.

The featurette, titled “Ready, Set, Action,” has commentary by all of the main cast members, including Scarlett Johansson, Florence Pugh, David Harbour, Rachel Weisaz and director Cate Shortland. While the impressive action scenes are at the forefront, it’s clear that the cast and crew wanted to emphasize the emotion and groundedness of their story.

Marvel Studios’ “Black Widow” fans can not only choose how they want to see the film—in theaters or at home on Disney+—they can plan ahead beginning today by purchasing advance theater tickets or pre-ordering Premier Access on Disney+. Plus, check out a new featurette, a TV spot that debuted today and a special message from cast members Scarlett Johansson, Florence Pugh and David Harbour. The action-packed spy thriller launches simultaneously in theaters and on Disney+ with Premier Access in most Disney+ markets on July 9, 2021.

To see Marvel Studios’ “Black Widow” on the big screen, fans can purchase advance theater tickets through Fandango or wherever tickets are sold.

Natasha Romanoff aka Black Widow confronts the darker parts of her ledger when a dangerous conspiracy with ties to her past arises. Pursued by a force that will stop at nothing to bring her down, Natasha must deal with her history as a spy and the broken relationships left in her wake long before she became an Avenger. Joining Johansson in the new feature film are Florence Pugh as Yelena, David Harbour as Alexei/The Red Guardian, and Rachel Weisz as Melina. “Black Widow”—the first film in Phase Four of the Marvel Cinematic Universe—is directed by Cate Shortland and produced by Kevin Feige.

The biggest and most diverse Marvel Studios film is coming! Advance tickets for Marvel’s Eternals, which features a ten character main cast full of...

Imagine taking every major superhero and villain across Marvel and having them as an ensemble in a post-apocalyptic world. What do you think would...