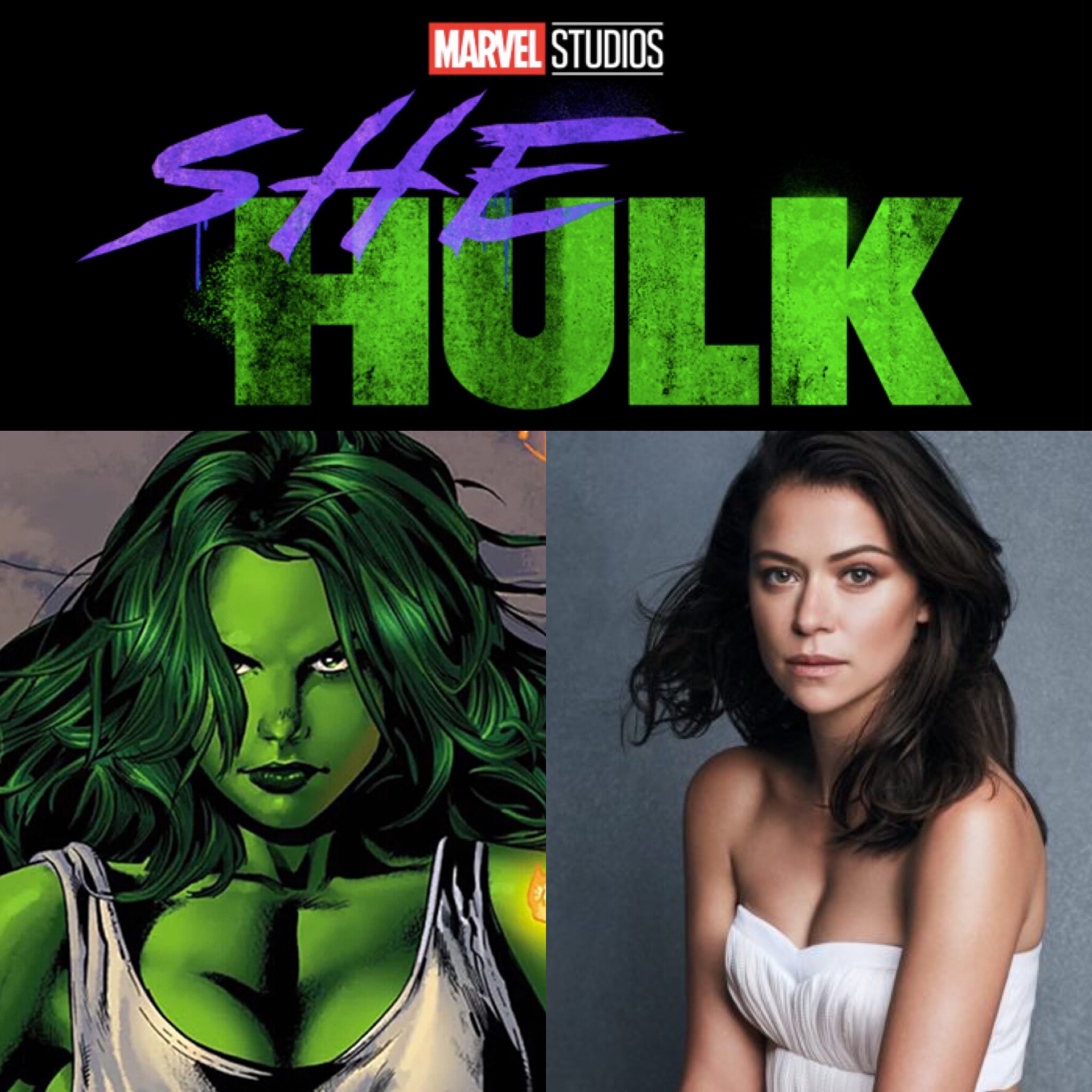 We have a Hulk! Orphan Black star Tatiana Maslany has been cast as Jennifer Walters, also known as She-Hulk, for the upcoming Marvel Studios series on Disney+. Last year, Marvel Studios announced a She-Hulk Disney+ series as part of its “Phase 4” of the Marvel Cinematic Universe. She-Hulk is part of several new Marvel characters who will be part of the MCU’s expansion into the small screen, which also includes Kamala Khan and Moon Knight.

Marvel Studios previously hired Emmy award winning Rick and Morty scribe Jessica Gao to lead the She-Hulk writers room. Earlier this week, Justin Kroll of Deadline broke the news that Marvel had tapped Kat Coiro to direct several episodes of She-Hulk and serve as Executive Producer. Coiro’s latest film, Marry Me for Universal, is set to release on Valentines Day 2021 (though of course all film release dates are very fluid at this point), and she’s a veteran director for television shows like Shameless, It’s Always Sunny In Philadelphia, Modern Family, and Brooklyn Nine-Nine.

Just yesterday there were rumors that the lead roles for She-Hulk, as well as another Disney+ series on Kamala Khan, had been cast. Today, Kroll again broke the news that Tatiana Maslany, who won an Emmy award for her work on Orphan Black and starred in HBO’s Perry Mason, will be playing She-Hulk.

Snagging an Emmy award winning actress the caliber of Maslany is a big get for Marvel. Of course, given the MCU dynasty, they can presumably get whoever they want, but being able to have Maslany be the face of She-Hulk will lend it instant credibility beyond the Marvel fan circles. The team of Gao, Coiro and now Maslany is truly exceptional and speaks to the quality that Marvel is expecting from the show. And as we can see from the tweet exchange between Captain Marvel herself Brie Lartson and Maslany from 2017, there’s already some mutual love and respect between the two Marvel superheroes.

In addition to She-Hulk, rumors suggest that we should hear casting news for Kamala Khan very soon and I wonder if Moon Knight will be far behind. The MCU takeover of the universe continues!