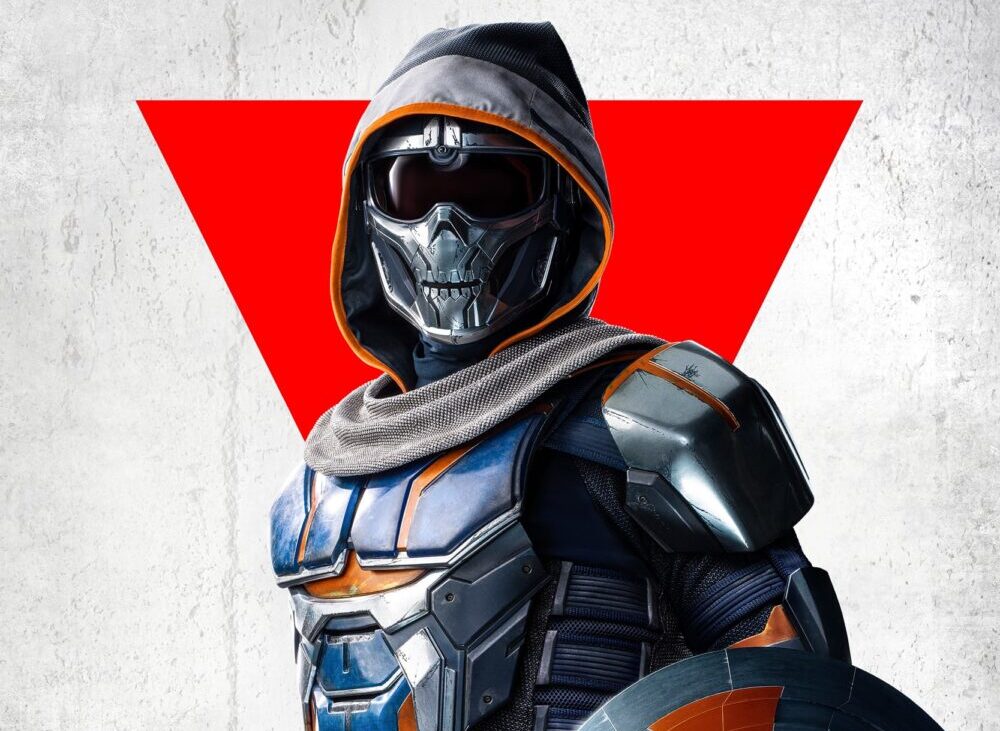 Just under two months away from the highly anticipated, long awaited return of the Marvel Cinematic Universe to theaters with Black Widow, Marvel Studios released six new character posters. The posters offer the best look yet at Rachel Weisz in a Black Widow uniform, and O-T Fagbenle, who is playing a character named “Mason.”

The most notable thing about these posters (which look great), is the conspicuous absence of any actor’s name on the poster for the film’s villain, Taskmaster. Many fans are speculating that O-T Fagbenle, who has his own character poster, might in fact be playing the villainous role as well. While it certainly seems like there could be a connection there, it also seems possible that Taskmaster could be a female character. With several women already front and center in the film, and with this film introducing the Black Widows as a group into the MCU, it would make a lot of sense if Natasha Romanoff’s chief antagonist turns out to be another former member of that program.

Check out all six character posters and additional details below.

Black Widow premieres in theaters and on Disney+ via Premier Access on July 9th!

Natasha Romanoff aka Black Widow confronts the darker parts of her ledger when a dangerous conspiracy with ties to her past arises. Pursued by a force that will stop at nothing to bring her down, Natasha must deal with her history as a spy and the broken relationships left in her wake long before she became an Avenger. Scarlett Johansson reprises her role as Natasha/Black Widow, Florence Pugh stars as Yelena, David Harbour portrays Alexei/The Red Guardian, and Rachel Weisz is Melina. The feature film is directed by Cate Shortland and produced by Kevin Feige, “Black Widow”—the first film in Phase Four of the Marvel Cinematic Universe.