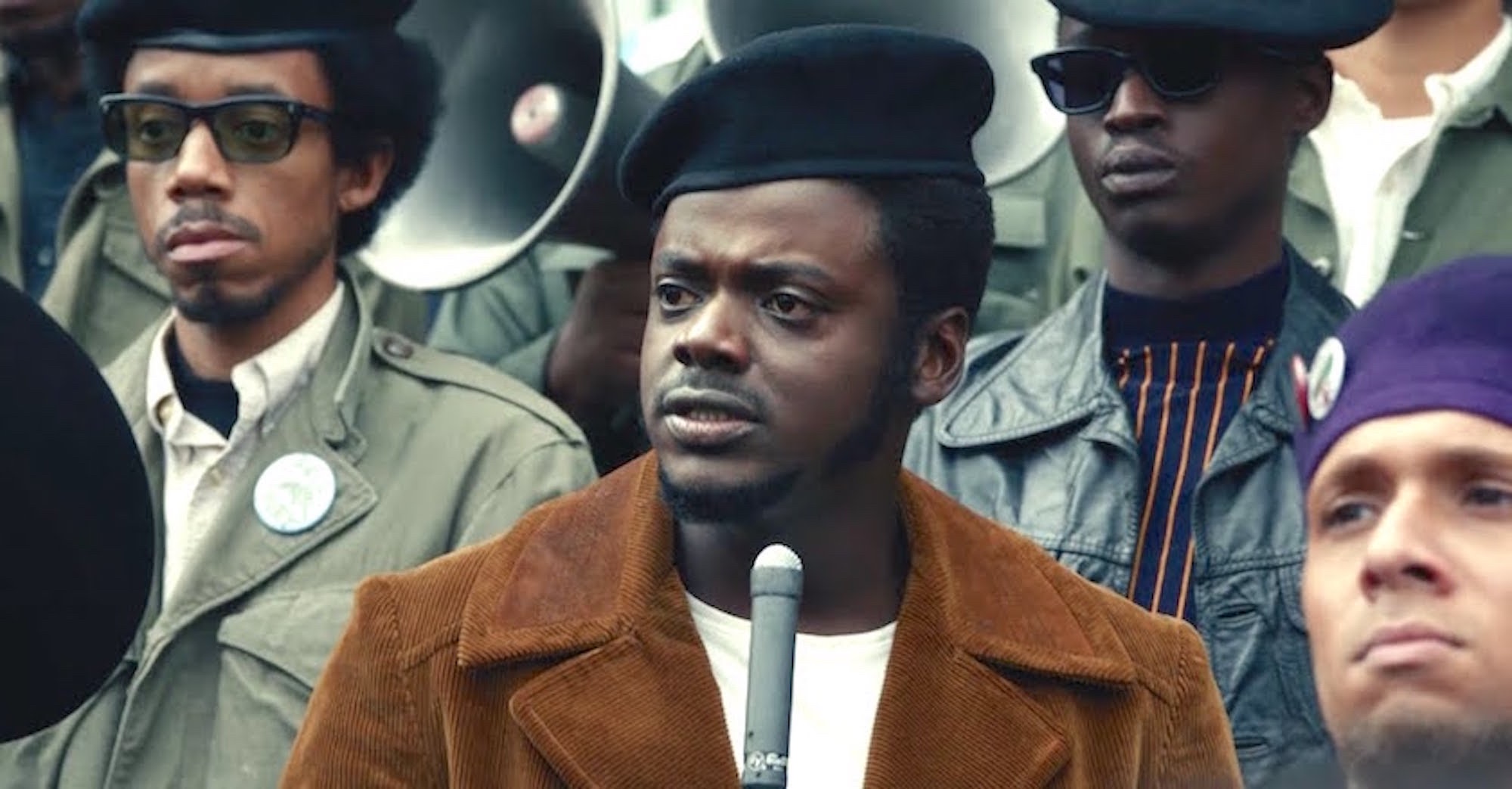 Warner Bros. latest film Judas and the Black Messiah, starring Daniel Kaluuya and LaKeith Stanfield, is a powerful and necessary story about Fred Hampton, the leader of the Illinois chapter of the Black Panther party who was assassinated by the FBI and Chicago police.

Telling a story as historically vital as that of Fred Hampton and the Black Panthers comes with significant responsibility to get it right. The Judas and The Black Messiah cast and crew understood and embraced that challenge, approaching the project with the utmost respect.

To celebrate the premiere of Judas and the Black Messiah, Warner Bros. hosted an incredible virtual summit featuring the cast and crew of the film, Hampton’s family members, community activists and pop culture experts. The unique event could have doubled as an educational conference on social justice activism, and speaks to Warner Bros. recognition of the importance of this film.

Judas and the Black Messiah is out today in theaters and on HBO Max on 12th!

Director Shaka King on the Parallels of 1968 and today

The virtual summit kicked off with an introductory conversation with director Shaka King, who drew clear parallels between the events of the film in 1968 and today’s climate. In discussing what he hopes audiences will take away from the film, King said that the film is an “opportunity to explore this country’s past and present of crushing voices of dissent and weaponizing the State to quell efforts by citizens to make changes that actually lead to the ideals that America puts forth of life, liberty and the pursuit of happiness.”

Central to the film is the depiction of Fred Hampton and the Black Panther party that is different from the way mass media has portrayed them in the past. King mentioned that it was important to him that the film helped audiences understand what the Black Panthers really stood for. He sought to make “clear to folks that the Panthers led with love and weren’t a terrorist organization. They were community organizers and philosophers and thinkers. They were people who did the work.”

There are two primary villains in the film – William O’Neal, who betrays Fred Hampton, and Roy Mitchell, the FBI agent who serves as O’Neal’s handler and represents the government authorities who conspired against Hampton. To King, the two antagonists represent more than just the men who were most directly responsible for Hampton’s murder.

O’Neal was a victim of his own lack of awareness, which is a cautionary tale for those who believe it’s safe to sit on the sidelines while others fight for justice. “It’s about the dangers of being apolitical,” King explained. “What can feel like inaction can be dangerous and can lead to the manipulation that [O’Neal] experienced.”

King went on to explain that Roy Mitchell embodies something more insidious than inaction. He represents the performative allyship of those who claim to want to help, but ultimately do more harm than good. Mitchell shows “the dangers of white centrism; the idea of decency being prescriptive,” King said, referencing corporations who used Black Lives Matter hashtags on social media but failed to enact meaningful change. “The idea of cosmetic change applies to this moment even greater than it did then.”

For the filmmakers, the first step in ensuring that Fred Hampton’s legacy would be honored was to enlist the aid of two individuals who understand Hampton’s work better than anyone – Hampton’s fiancée, Mother Akua (formerly Deborah Johnson), and his son, Chairman Fred Hampton Jr., who was born weeks after his father was killed.

Chairman Fred Hampton Jr, who currently leads the Black Panther Party Cubs, explained that they had many opportunities over the years to make book or movie deals on Fred Hampton, but turned them down due to what they felt was a lack of proper respect for the project.

Mother Akua’s approval was even more challenging to earn because she is actually portrayed in the film by Dominique Fishback. “I did give her a hard time,” Mother Akua said. “There were certain traits that I needed to see in her.”

In the end, however, even Mother Akua admitted that Fishback’s performance was worthy. “She got it down pat. I was just really glad to meet them,” Mother Akua said.

Kaluuya embraced the challenge and appreciated how important it was to have Fred Hampton’s family involved in the project. “I thought meeting the family was necessary. A story like this, and the perspective that we wanted to tell it through, meeting the family and having them a part of the process and having them enrich what we’re doing…to imbue the narrative with truth was imperative,” Kaluuya said.

Fred Hampton Jr. wanted more than just a superficial meeting. As Kaluuya explained, Hampton Jr. told him “If you’re going to play the Chairman, I want to see what you’re made of.” To that end, Kaluuya shared an amazing story of how Hampton Jr. took them to one of the roughest parts of Chicago called “K-Town,” where 11 people had been shot and killed just days prior.

Hampton Jr. was impressed that both Kaluuya and Fishback had a comfort and respect for the community. “There was a respect amongst each other. These are some things you can’t read in books,” Hampton Jr. said. “This is some grit that you gotta smell and feel. They came.”

Kaluuya explained that what he learned from this project was “the power of loving yourself, loving the people that look like you and loving your own community.”

Fishback’s takeaway was also about love; specifically the love between Mother Akua and Fred Hampton. “I understand love unconditional in a way that I’ve never known and I know that I’m forever changed…” Fishback said, “I’m glad it’s coming out two days before Valentine’s Day because it’s a huge example of Black love, the love that [Mother Akua] and Chairman Fred shared together is transcendent.”

Finally, Mother Akua expressed hope that this film would help audiences today recognize both that the struggle continues, and that the legacy of the Black Panthers has been distorted.

I hope people know that this struggle is still going on. I want people to know too that the Black Panther Party Cubs is continuing the work and the fight to save the legacy. Because there have been so many distorted stories about the Black Panther party, who they were and what they did.

LaKeith Stanfield and the Lucas Bros. Analyze the Betrayal of William O’Neal

The other side of the coin in Judas and the Black Messiah is of course the traitor within the Black Panther party, William O’Neal, played by the absurdly talented LaKeith Stanfield. Stanfield and co-writers/co-producers Keith and Kenny Lucas, talked about how unusually complex and nuanced O’Neal’s story is within this film.

“It’s such a complex character. Probably one of the most complex characters that I’ve ever seen on screen,” Keith Lucas said, “There’s a nuance to it that when you watch the movie multiple times, this character is clearly battling something every scene.”

While Kenny and Keith both expressed that they had Stanfield in mind from the beginning for the role, Stanfield admitted that he expected to play the role of Fred Hampton. When director Shaka King explained that Stanfield was being considered for the role of O’Neal, Stanfield was initially against it. However, he found a way to humanize the character through his insecurities.

I’m going to take that sliver of insecurity and try and magnify that to bring this character to life…and hopefully make him more relatable to me and more relatable to people. But I didn’t want to risk making him too relatable…so I tried to find the balance with Shaka and it was hard. A lot of times I didn’t know.

Stanfield and the Lucas Bros. all mentioned that the key in portraying the villain of the story, one who isn’t just responsible for the death of Hampton, but actively betrayed him, was in recognizing that O’Neal was a victim as well.

“William O’neal is also a victim of circumstances. He was a young black dude caught up in crime,” Keith said. “This is a story about the forces of COINTELPRO and the impact of systemic racism on two young brothers in a particular time.”

Kenny Lucas understood that anyone could potentially fall into the trap that O’Neal did. “A lot of brothers, when they watch this movie, they’re probably going to see themselves more like Will than like Fred,” Kenny said.

Stanfield agreed with Kenny’s perspective, mentioning that there is value in challenging the audience to realize the dangerous potential in all of us.

There are much more people who are like William O’Neal than who are like Fred Hampton. So if you can relate to that and see yourself…there might be something good that comes out of that self reflection. Of having to sit in the mirror, to some extent, with this character, and as he travels through these sticky situations, ask yourself what decisions would you have made?