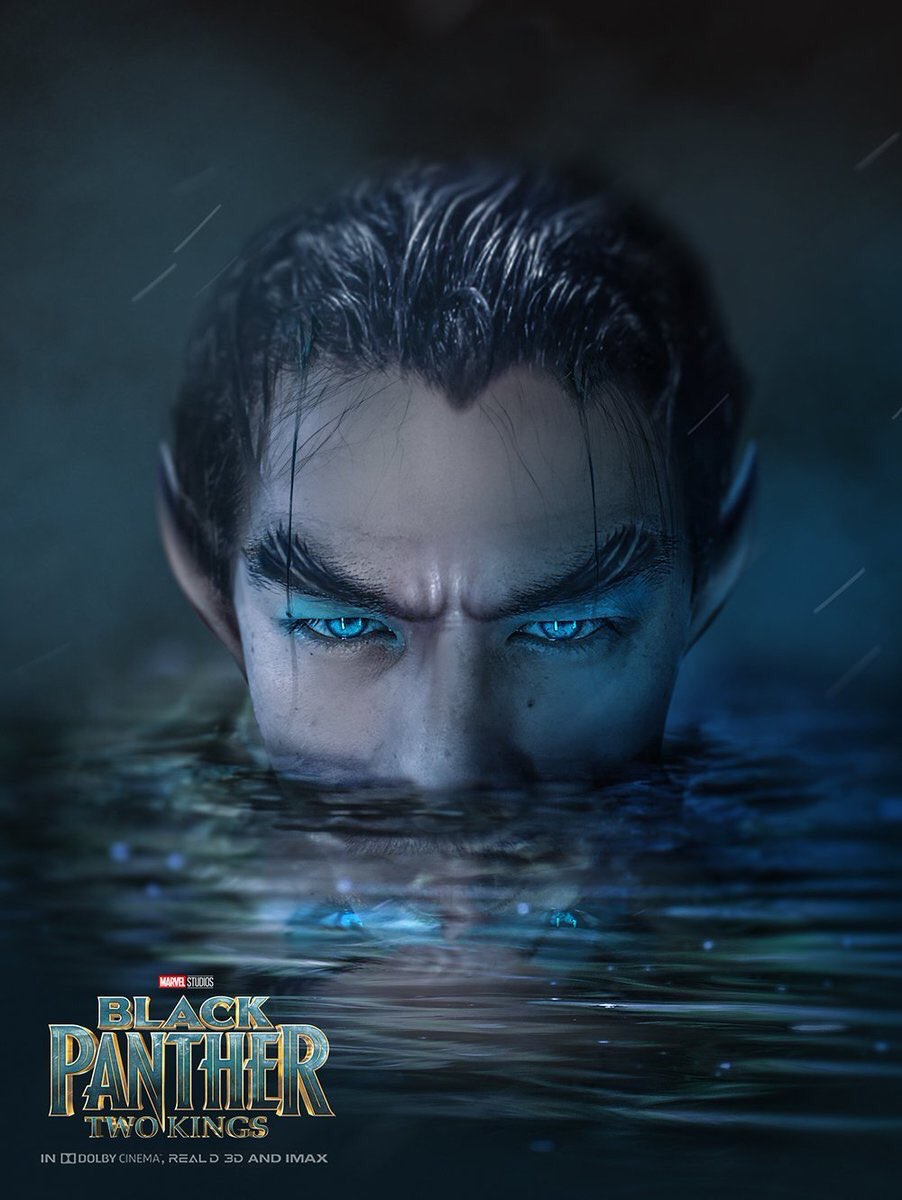 Geeks Worldwide is reporting that Marvel Studios is looking to cast a character who is described as a “ruler of an ancient, distant kingdom” and apparently seeking an actor of Asian descent. Currently code-named “David”, Geeks Worldwide and others are speculating that this character could be Namor the Sub-Mariner, whose introduction into the Marvel Cinematic Universe many comic fans have eagerly been anticipating.

On top of the potential that the character of Namor might be joining the MCU soon, the even more interesting tidbit (to me anyway) is that Marvel Studios is potentially looking to cast a character of Asian descent for the role. If you’re on social media at all, the idea of “Asian Namor” has been floating around (pun intended) for years now. In fact, super fan artist Bosslogic has taken a few stabs at fancasting Namor as Joe Taslim in one instance, and Henry Golding in another.

Fan Art of Joe Taslim as Namor by Bosslogic

Namor’s film rights are somewhat convoluted. Several years ago the character’s film rights were sold to Universal, which also owns the rights to the Hulk. Back in 2017, Mark Ruffalo commented that a stand alone Hulk film won’t happen because Universal doesn’t get along well with Marvel. Of course we know that even if that’s true, they did manage to work out Hulk being included in the Avengers and other MCU films. As such, many fans have speculated that a similar arrangement could be made for Namor. Last year, Marvel Studios President Kevin Feige told IGN regarding Namor that “I think there’s a way to probably figure it out but it does have — it’s not as a clean or clear as the majority of the other characters.”

Recently, there have been a few hints that Namor could appear in the MCU. First, Doctor Strange Director Scott Derrickson tweeted and quickly deleted a portion of the cover for the 2011 comic Fear Itself: The Deep #1 featuring Dr. Strange and Namor. Although the tweet was deleted, Twitter is forever and thanks to SuperheroPOLL you can still see Derrickson’s tweet.

Even more recently, in a little indie film called Avengers: Endgame, there’s a scene where Okoye references some underwater earthquakes that raised the collective eyebrows of many comic fans. For the uninitiated, in comics, Namor is the ruler of the underwater kingdom of Atlantis, and has had quite the controversial comic history with Wakanda and its king T’Challa, the Black Panther. Although the Avengers: Endgame writers tried to debunk this theory, the connection seems a bit too convenient to be completely dismissed.

Considering DC/Warner Bros. made the very smart decision to improve its superhero diversity stats by casting Jason Momoa as Aquaman, it would make a lot of sense for Marvel to follow suit by casting an Asian or Pacific Islander actor as Namor. The MCU hasn’t exactly been great on diversity in its first three phases, but clearly is looking to make that right as reflected by its impressive batch of Phase 4 films. Adding Asian Namor to the future film slate would be a perfect addition that would undoubtedly get many fans excited. It’s all rumor for now but fingers crossed we get something more concrete soon. After all, D23 Expo is right around the corner!