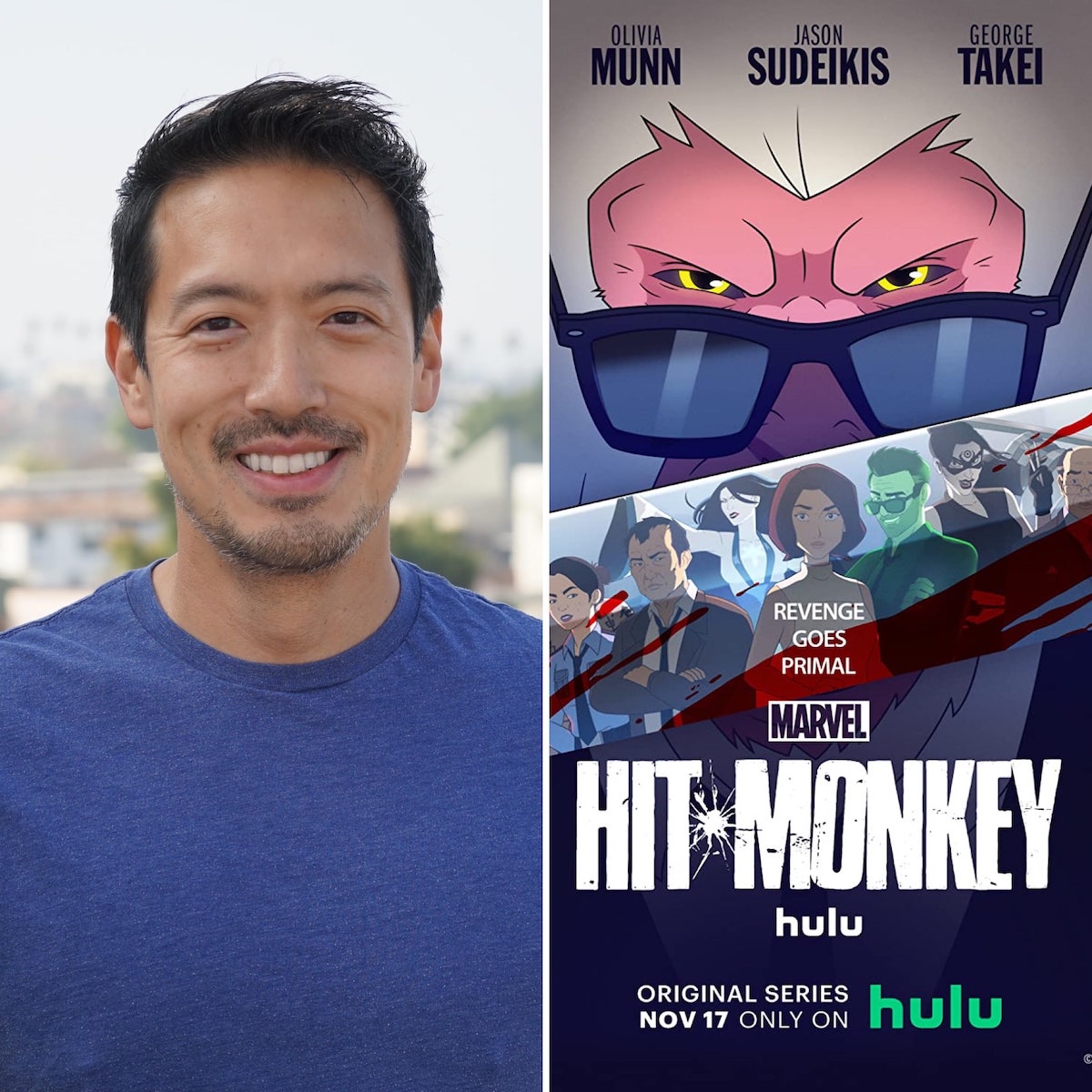 The Marvel universe continues to expand into the animated world with its second animated series on Hulu, Hit-Monkey. Following the more mature themed M.O.D.O.K., this new series is action packed and bloody, which makes Hulu a better home for it than the typically kid friendly Disney+. Another thing that makes Hit-Monkey special is that it features an absolutely stacked voice cast, full of luminary Asian voice actors like George Takei, Olivia Munn, Ally Maki and Nobi Nakanishi.

For Nakanishi, who plays Detective Ito, this series is one of his biggest projects to date. I had the opportunity to speak with Nakanishi about how it feels to be a part of a Marvel project, the uniquely Asian voice cast and his personal career journey.

A self-proclaimed avid snacker, Nakanishi knocked it out of the park when I asked him for a recommendation on the best Japanese food in New York. Unfortunately for us, he talked lovingly about a restaurant that closed down a few years ago.

Nobi Nakanishi is a writer, director and actor who is currently playing Detective Ito on Marvel’s Hit Monkey (Hulu). He is best known for being the Director of the pioneering podcast series The Leviathan Chronicles (where he has played several major roles over its 50 episode run), as well as for playing the yakuza boss Ikeda on Teen Wolf (MTV). He is a graduate of the Maurice Kanbar Institute of Film & Television at NYU’s Tisch School of the Arts, where he received his MFA in Dramatic Writing.