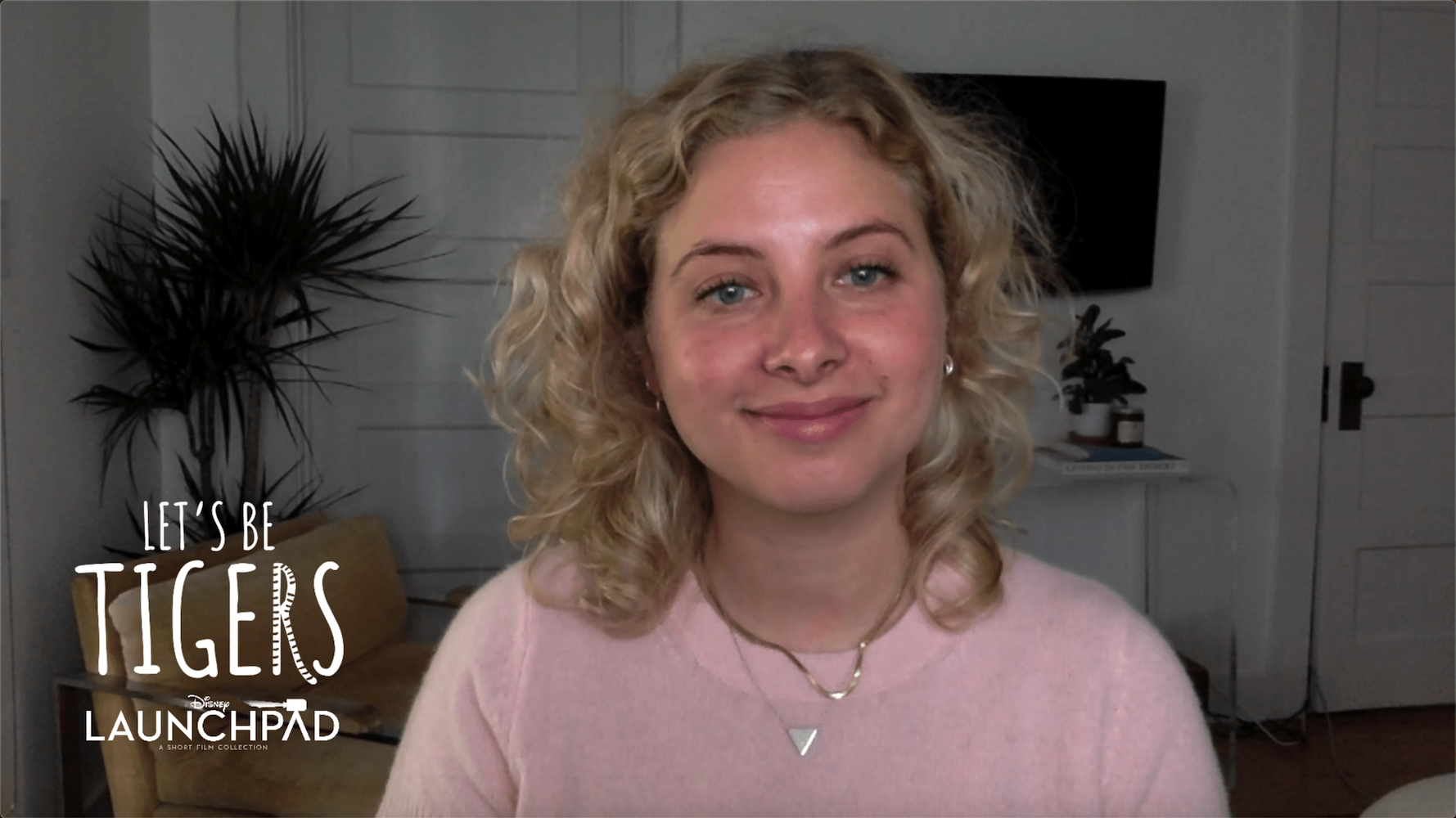 My final interview for the incredible Disney’s Launchpad season one films is with director Stefanie Abel Horowitz, who directed Let’s Be Tigers.

Let’s Be Tigers is a film that’s a bit unique from the rest of the Launchpad films in that the theme is less about identity and more about the reality of death, youth and the balance between the two. The film tells the story of one evening with a young boy, Noah, and his baby-sitter Avalon, who just lost her mother. Avalon hasn’t fully processed losing her mother and over the course of the evening with Noah, she finds not only some unexpected support and comfort from her four-year-old friend, but she gains a better understanding of the circle of life.

Horowitz directed theater for a decade before pivoting to film. Her second short film, “Sometimes, I Think About Dying,” premiered at the 2019 Sundance Film Festival, traveled the world on the Sundance Shorts Tour, garnered Abel Horowitz the Future Filmmaker Award from Palm Springs International Film Festival and was shortlisted for an Academy Award®. She is an alum of the 2019 New Voices Sundance Lab as well as a member of Lincoln Center Directors Lab. Her essay “He’s Your Destiny. Just Be Patient.” was published in The New York Times’ Modern Love 2019 column.

Be sure to check out all my coverage of Disney’s Launchpad, including interviews with several of the participating directors.

Watch Let’s Be Tigers and all of Disney’s Launchpad’s amazing first season of films exclusively on Disney+!

Written and Directed by STEFANIE ABEL HOROWITZ
Produced by SYDNEY FLEISCHMANN, STEAK HOUSE
Cast: OTMARA MARRERO, DASH McCLOUD, GREG WORSWICK, MIKE MILLAN
Avalon’s not ready to process the loss of her mother, but when she’s put in charge of a 4-year-old for one night, she finds more comfort than she ever could have expected.