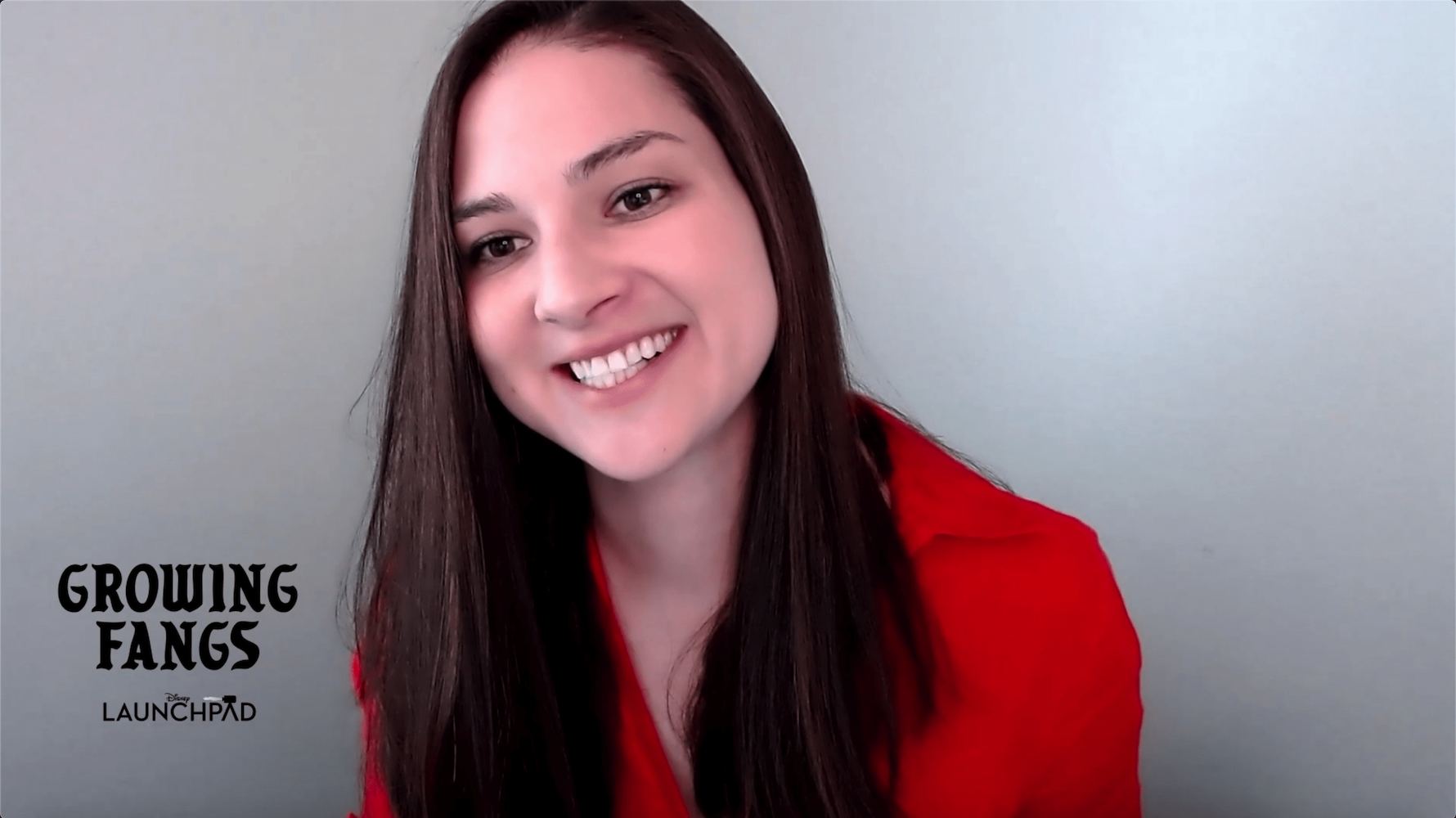 Disney’s Launchpad film Growing Fangs is a story about a Mexican American teen caught in between two worlds – the human world and the vampire world. It’s a heartwarming film that perfectly allegorizes the second generation immigrant experience in a hilarious way.

I spoke with director Ann Marie Pace, who is a bisexual Mexican American filmmaker from Tennessee. Pace talked about how her film is about what it’s like to be an outsider and her perspective being a part of both the queer and Mexican communities. Growing Fangs‘ protagonist, Val, is half vampire/half human, Mexican American and queer, and the story explores the various layers that come with being caught between multiple identities.

Ann Marie Pace is an employee of The Walt Disney Company. She is a writer/director raised in Tennessee and based in Los Angeles. Growing up Mexican American and bisexual, she is drawn to stories of identity and discovering your inner truth when you don’t just fit one box. Raised in a family of anthropologists, Ann Marie puts an immense amount of care and consideration into being authentic to characters, their culture and their truths. She tells stories from multicultural perspectives to help create bridges of understanding. She received her MFA in directing at UCLA. Her thesis film, “Beyond the Gate,” shot in the Brazilian Amazon, won first place in the DGA Student Film Awards Latino Category, Best Student Film at the Brazil International Film Festival, and was a Caucus Foundation Grant Winner.

Watch Growing Fangs and all of Disney’s Launchpad films exclusively on Disney+!

Written and Directed by ANN MARIE PACE
Produced by GENEVA FAYE, MELODY SANDOVAL, STEAK HOUSE
Cast: KEYLA MONTERROSO MEJIA, CRISTELA ALONZO, GRACE SONG, OLIVIA SULLIVENT
Val Garcia, a Mexican American teen who is half human/half vampire, has had to keep her identity a secret from both worlds. But when her human best friend shows up at her monster-infested school, she has to confront her truth, her identity and herself.