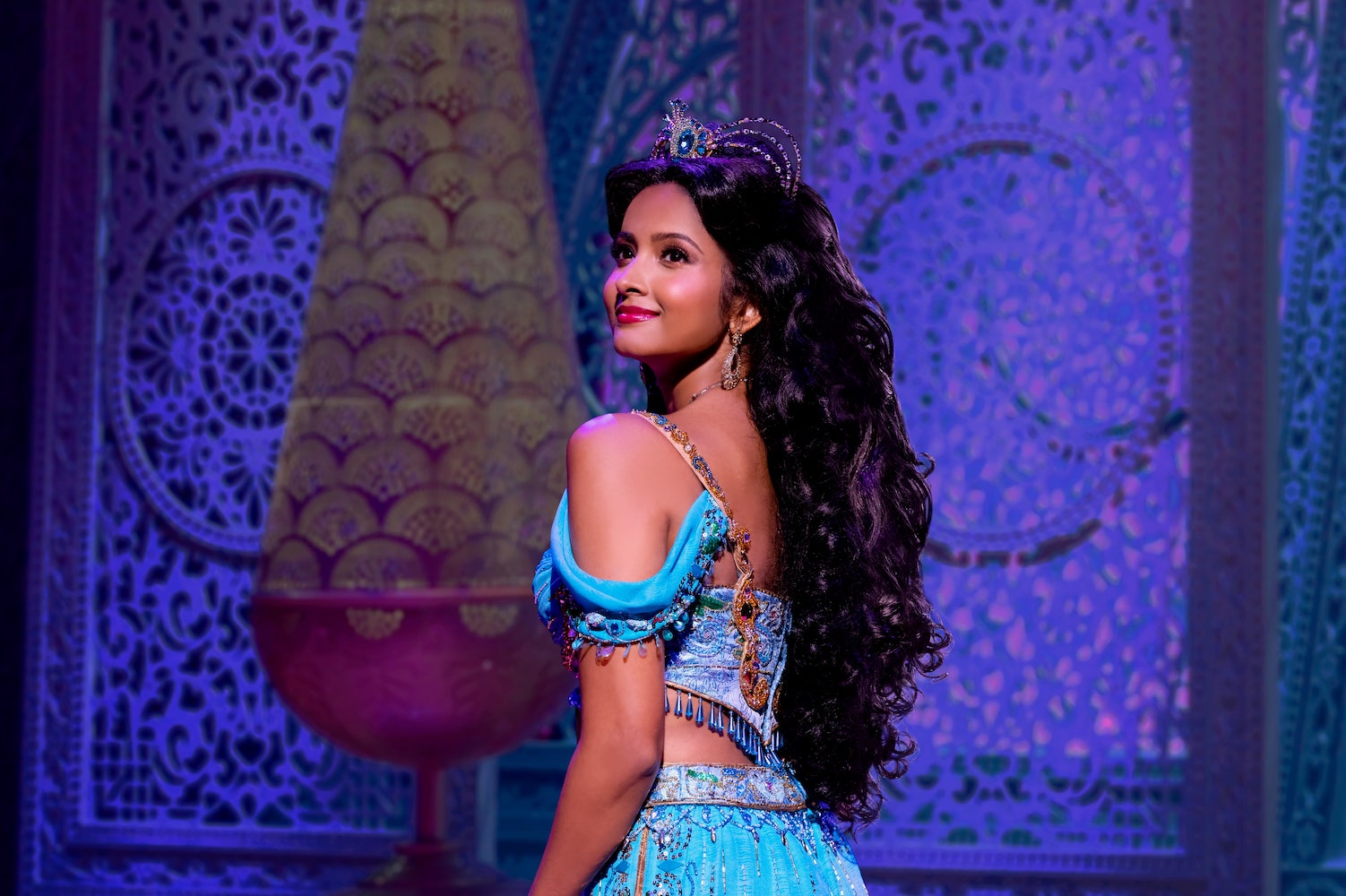 Disney’s 1992 animated Aladdin is one of the most beloved films of all time. This year marks the 30th anniversary of the film’s release, and currently, the story is being told in a whole new world way in the form of a Broadway musical. What’s particularly special about Disney’s Aladdin on Broadway is that it features the first South Asian actors to play the roles of Jasmine and Aladdin in Shoba Narayan and Michael Maliakel.

Narayan, who plays Princess Jasmine, has nearly done it all on Broadway. She made her Broadway debut starring in Natasha, Pierre and the Great Comet of 1812 with Josh Groban, she played Eliza Hamilton in Lin-Manuel Miranda’s smash hit musical Hamilton, and she played Nessarose in Wicked.

I spoke with Narayan about her groundbreaking role as Jasmine in Aladdin and she talked about how much it means to her to play this character, calling it a full circle moment. Narayan discussed the challenges of auditioning for the role during the pandemic, how much work went into training and preparing after she landed the coveted spot, and how she hopes the musical will continue to inspire young brown children.

Check out our interview below and get tickets to watch Narayan in Aladdin on Broadway at aladdinthemusical.com!

Aladdin, the hit musical based on the Academy Award®-winning animated film, opened on Broadway to critical acclaim at the New Amsterdam Theatre on March 20, 2014 and quickly established itself as one of the biggest new blockbusters in recent years, breaking 14 New Amsterdam Theatre house records. Worldwide it has welcomed more than 10 million people and grossed over $1 billion. By the end of 2021, it will be playing in Holland, Germany and Mexico, in addition to Broadway.

Aladdin, adapted from the animated Disney film and centuries-old folktales including “One Thousand and One Nights,” is brought to fresh theatrical life in this bold new musical. Aladdin’s journey sweeps audiences into an exciting world of daring adventure, classic comedy and timeless romance. This new production features a full score, including the five cherished songs from the Academy Award-winning soundtrack and more written especially for the stage. The animated film Aladdin was released by Disney in 1992 and was a critical and box office smash, becoming the highest-grossing film of the year.

The film won the Oscar for Best Original Score and introduced the hit song “A Whole New World,” which won the second of the film’s two Academy Awards as Best Original Song. The Peabo Bryson/Regina Belle recording of the tune soared to #1 on the Billboard Hot 100 chart.