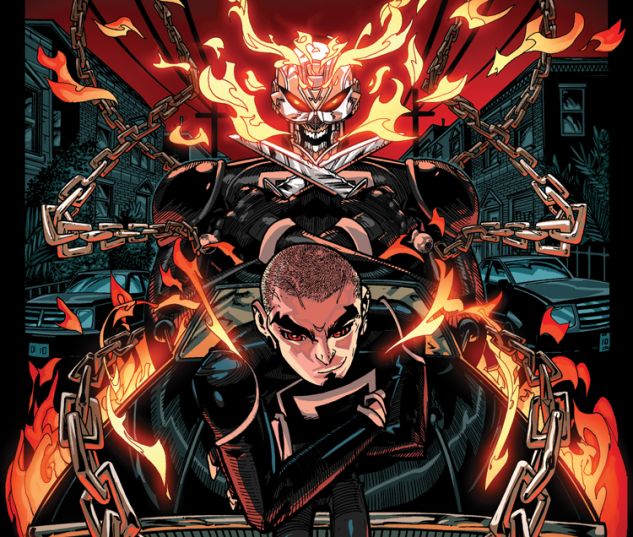 Deadline is reporting that Hulu’s straight to series order of a Ghost Rider show, starring Gabriel Luna as Robbie Reyes, is no longer going forward. Several months ago, Hulu ordered the series from Marvel Television as part of its growing library of Marvel related properties, which includes The Runaways and Helstrom. The show was to essentially be a spin-off of Marvel’s Agents of S.H.I.E.L.D., where Luna had played the Robbie Reyes version of Ghost Rider in 9 episodes that were very well received. Fans were excited about the prospect of not only having that character continue in his own series, but also to finally have a show where the lead character was a Latinx superhero.

Will likely use a different version tho.

When I saw those tweets, I assumed that there was some consideration for having the Johnny Blaze version of Ghost Rider in the Marvel Cinematic Universe, while leaving Robbie Reyes for Marvel Television. However, given the timing of this announcement following Daniel’s teasing tweets, it certainly feels like Feige wanted to use the character and the “powers that be” decided that having two versions on-going at the same time wasn’t preferable.

As a reminder, Marvel Television, which is run by Jeph Loeb, is a completely different arm of Marvel from Kevin Feige’s Marvel Studios. That’s why the Netflix Defenders shows and, to a substantial extent, Agents of S.H.I.E.L.D., didn’t interact with the Marvel Studios films. These shows are also completely distinct from the slate of Marvel Studios television shows set to premiere on Disney+, like Loki, WandaVision and The Falcon and the Winter Soldier, which are produced by Feige and part of the larger Marvel Cinematic Universe.

This development is certainly disappointing, especially if the plan is to introduce the Johnny Blaze version of Ghost Rider into the MCU. Here’s hoping it’s possible that a compromise is worked out and we’re able to see Robbie Reyes back on the screen sometime in the near future.