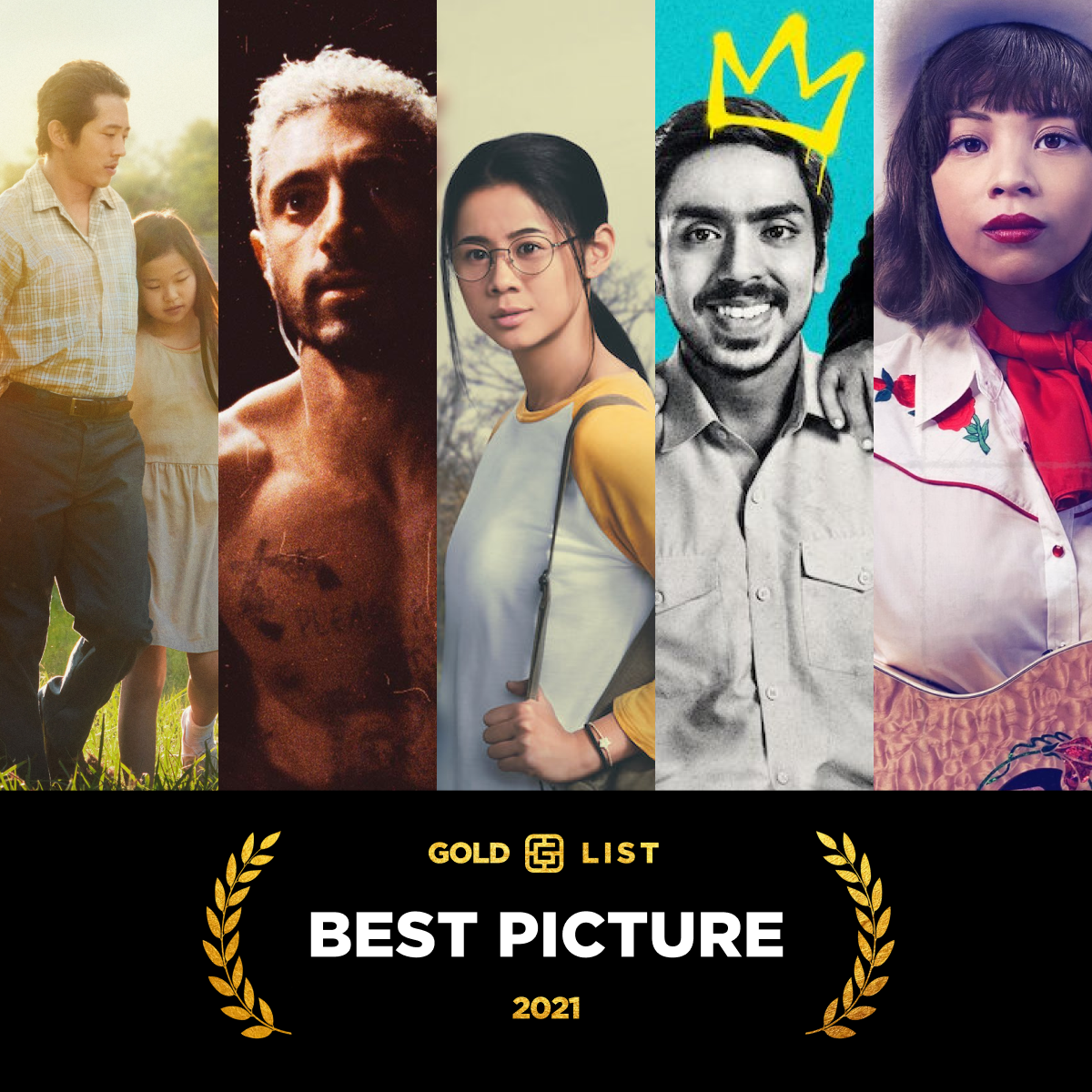 Director Ava DuVernay once said, “I don’t want a chair at the table. Or even three or even half anymore. I want the table to be rebuilt. In my likeness. And in the likeness of others long forced out of the room.”

Gold House and the Coalition of Asian Pacifics in Entertainment (CAPE), two of the leading organizations supporting Asian and Pacific Islander film and TV projects, are living out DuVernay’s words. Today, Gold Open, which is a movement that Gold House spearheads to celebrate and support API films in the box office, announced the creation of the Gold List, an annual list that honors API achievements in film.

The idea behind the list seems to be to highlight and honor some of the best API films and creators each year, in an effort to increase awareness, as well as combat some of the imbalance that exists with film awards in the industry.

Recently, the Golden Globes (no relation) faced substantial backlash when it announced that Minari, an Asian-American film with Asian-American creatives, both in front of and behind the camera, would inexplicably be placed in the Foreign Language category. This was just the latest incident in a long history of awards shows overlooking, insulting or blatantly ignoring API and other diverse projects and creators.

With the Gold List, Gold Open and CAPE likely seek to provide films like Minari the proper honor and recognition that they deserve. Beyond the actual honor itself, hopefully the other Hollywood awards shows will take the obvious step of copying the Gold List’s homework and using the list of honorees as a foundation to do a better job recognizing API films and creators on their own. The Gold List is doing the work so the Golden Globes, the Academy and others can do the bare minimum.

The full list of inaugural Gold List selections are available in the press release below. If anything, everyone should go watch as many of the honored films as possible.

Further, to celebrate the launch of the Gold List, Gold House and CAPE are releasing a variety of discussions with some of the honored filmmakers and stars, which can be found at goldopen.com/goldlist.

Los Angeles, CA – Gold Open, the Gold House-led movement that propels multicultural movies to box office success including Parasite and Crazy Rich Asians, is collaborating with CAPE (Coalition of Asian Pacifics in Entertainment) to launch Gold List — a first-of-its-kind list that honors the most outstanding Asian and Pacific Islander (API) achievements in film each year.

Gold List was created to accelerate the fair inclusion of APIs in mainstream media by helping API films secure major award nominations and recognition. Despite historic anti-Asian racism during the pandemic, Asians are the fastest-growing immigrant population, higher-than-average consumers of digital media, and the second most-frequent moviegoers per year.

Yet, only 4 films with Asian leading actors and stories have won Best Picture Academy Awards and 75% of those films received 0 acting nominations (Parasite, Slumdog Millionaire, and The Last Emperor). The exception is Gandhi in 1983, making Ben Kingsley 1 of only 3 actors of Asian descent to have ever won an Academy Award. These hurdles continue to impact greenlight decisions on API stories.

“We know we have transformative stories; we know our films open to historic numbers — but can we win? Films that are not dominantly English-dialogued are relegated to ‘foreign’ categories, irrespective of their stories, where they’re filmed, and their talents’ origins. However, over 74% of the nation’s two fastest-growing populaces—the Latinx and Asian communities—speak a language other than English at home.

Gold List seeks to modernize the industry’s embrace of today’s audiences by mitigating the discrepancy between APIs’ creative and commercial excellence versus their dearth of critical honors. By ensuring filmmakers and talent receive due recognition, the increased awareness allows for more inclusive content which benefits all multicultural audiences,” said Bing Chen, President & Co-Founder of Gold House.

Featuring 10 categories, Gold List is voted on by the Gold Open Advisory Council, Gold House Members (the premier nonprofit collective of leading API creatives, executives, and founders), CAPE Board Members and Advisors (the premier API-entertainment nonprofit), and other entertainment leaders. Future Gold Lists will endeavor to include additional categories and communities.

Minari and Sound of Metal

Honorable Mentions: The Half of It, The White Tiger, Yellow Rose

Yeri Han (Minari) and Leah Lewis (The Half of It)

Lee Isaac Chung (Minari) and Alice Wu (The Half of it)

Be Water and A Thousand Cuts

Bombay Rose and Over the Moon

To celebrate these selections, Gold House and CAPE are featuring a slate of exclusive conversations with several of their stars and filmmakers, including:

These panels, along with more information about Gold List, can be found at goldopen.com/goldlist.

CAPE (Coalition of Asian Pacifics in Entertainment) changes representation in Hollywood through three main verticals (1) nurturing and engaging creative talent and executive leadership, (2) providing content and cultural consulting, and (3) championing projects for critical box office and streaming success. Through the CAPE New Writers Fellowship, CAPE Leaders Fellowship, and Gold Open, CAPE is increasing representation from the writers’ room to the boardroom to the living room.

Hollywood awards season is upon us! The Golden Globes already came and went quietly this year following NBC’s decision not to air the awards...

Animation in the United States is a particularly interesting industry because it’s so heavily impacted and inspired by Asian art and culture, and yet...

Black American and Asian American leaders from entertainment and media came together this week for the first ever Black + Gold Forum to discuss...