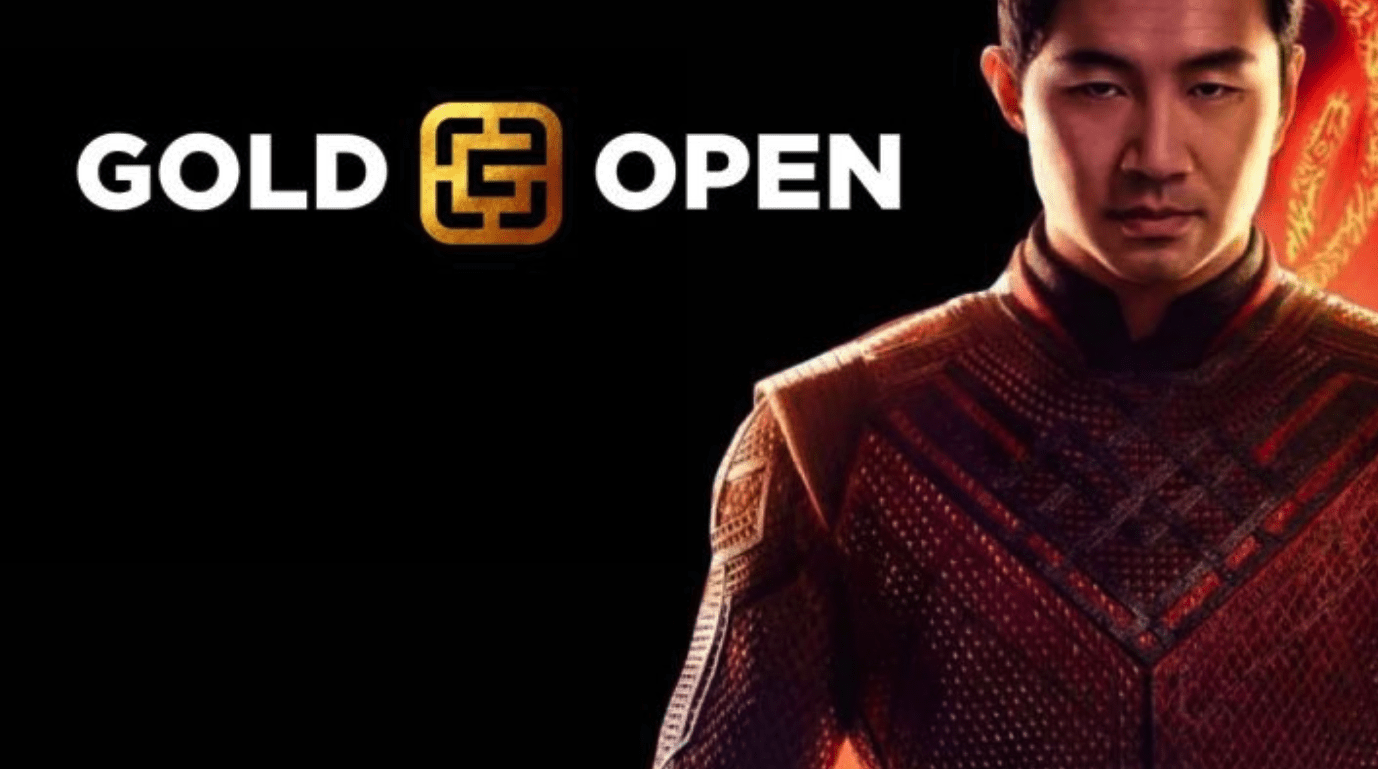 With the premiere of Marvel Studios’ Shang-Chi and the Legend of the Ten Rings exactly one week away, Gold House, the organization that spearheads initiatives to support Asian and Pacific Islander projects, is teaming with CAPE (Coalition of Asian Pacifics in Entertainment) and GoFundMe to launch the latest #GoldOpen.

As part of this special #GoldOpen initiative, Gold House is accepting the #ShangChiChallenge started by us here at POC Culture and taking it to the next level by starting the Shang-Chi Community Fund, which is designed to coordinate and inspire theater buy-out campaigns across the country. This is the first theater exclusive #GoldOpen since the start of the pandemic.

The release of Shang-Chi is a huge moment for the Asian and Asian American communities, and of course Gold House and CAPE always lead the way to encourage and mobilize support for these types of films. This past Monday, Gold House sponsored a special “super-VIP” screening of Shang-Chi in Los Angeles for notable Asian community members, and they will be holding a similar event in New York this coming Monday. These events are designed to get the Asian community in the entertainment industry excited about the film’s premiere, and generate the kind of organic hype that can provide an invaluable boost for a film like Shang-Chi.

Another great element of this initiative is that Gold House partnered with Shang-Chi director Destin Daniel Cretton and soundtrack artists NIKI and Audrey Nuna to feature a list of their favorite Chinese restaurants in Los Angeles, New York and the San Francisco Bay Area. I really love this element of the #GoldOpen as so many Asian families and communities survive on small businesses like restaurants and those have been hit particularly hard during the pandemic. The featured restaurants include:

This film obviously means a lot to the Asian American community. Join us as we mobilize to support Shang-Chi. Buy a few tickets, donate to help buy-out theaters, start your own GoFundMe to send kids in your neighborhoods to watch the film and don’t forget to grab a bite at your favorite local Chinese restaurant!

CALIFORNIA – Gold Open, the movement by Gold House (the premier nonprofit collective of Asian & Pacific Islander (API) leaders) in partnership with CAPE (Coalition of Asian Pacifics in Entertainment) which catapults multicultural films to box office success including Parasite and Crazy Rich Asians, is teaming up with GoFundMe to launch the first theatre-exclusive Gold Open since the start of the pandemic for Marvel Studios’ action-packed blockbuster Shang-Chi and The Legend of The Ten Rings.

Set for a groundbreaking premiere in theaters on September 3rd, Shang-Chi and The Legend of The Ten Rings stars Simu Liu as Shang-Chi, who must confront the past he thought he left behind when he is drawn into the web of the mysterious Ten Rings organization. The fantastical and energetic film additionally stars Tony Leung, Awkwafina, Michelle Yeoh, Fala Chen, Meng’er Zhang, and Ronny Chieng.

To spark collective moviegoing that will deliver a successful opening weekend, engage as many passionate fans as possible, and inspire a new generation of superheroes, Gold House has kicked off the Shang-Chi and The Legend of The Ten Rings Gold Open Community Fund on GoFundMe. The page serves as a hub to keep fans in the loop about the film’s major theater buyout campaigns and connects them with a standalone fundraiser to raise proceeds for underserved API youth to see themselves represented on the big screen during opening weekend.

Efforts to create a consequential splash at the box office are already underway, with Gold House hosting several #GoldOpen Premieres with sold out audiences–collaborating with the cast and an extensive network with hundreds of super-VIPs in Los Angeles and New York City to further solidify the film’s resonance.

“The pandemic has ruptured perceptions about APIs, led to record-high attacks, and dismantled too many small businesses. One of the best ways to fight back is to fight together on the world’s biggest stages. Shang-Chi and The Legend of The Ten Rings features the first titular Asian Super Hero in the Marvel Cinematic Universe, and shows Simu as a bold human being, which represents the type of strong and affirming portrayals that our community needs more than ever. When the world hands you what you don’t want, you show them who you are. We’re grateful that GoFundMe, the API community, and allies have once again stepped up to show the world what we deserve opening weekend.” said Bing Chen, President of Gold House.

Gold House is also joining forces with the cast of Shang-Chi and The Legend of The Ten Rings, the film’s director, Destin Daniel Cretton, and soundtrack artists NIKI and Audrey Nuna, to amplify a selection of their favorite Chinese restaurants in Los Angeles, New York, and San Francisco. With Asian-owned businesses being the hardest hit by the pandemic among all demographic groups, coming together to bolster them is critical and offers an enriching, holistic movie-going experience for fans.

“Films are more than just stages for talent and stories–they’re platforms to elevate entire communities. We’re beyond inspired by the Shang-Chi and The Legend of The Ten Rings cast’s generosity in using their platform to elevate API-owned restaurants, providing both visible and financial support to communities,” said Brian Nemes, Head of Gold Open Operations.

The hand-picked restaurant recommendations for Shang-Chi and The Legend of The Ten Rings fans include:

To learn more about the Shang-Chi and The Legend of The Ten Rings Gold Open, visit GoldOpen.com.

Gold House is the premier nonprofit collective of Asian founders, creative voices, and leaders dedicated to unifying the world’s largest populace–Asians and Pacific Islanders–to fight for authentic multicultural representation and societal equity. Our ventures include membership systems and benefits to fortify relationships among Asians and with other marginalized communities (#StopAsianHate, All of Us Movement); championing authentic Asian representation through media to reshape public opinion (Gold Open, Gold Records, A100 List); and accelerating economic success and commercial representation through Asian founders (Gold Rush, Founder Network, Angel Network). To learn more, visit www.goldhouse.org or follow @GoldHouseCo on Instagram, Twitter, Facebook, and LinkedIn.

CAPE is the premier non-profit organization creating opportunities and driving change for Asian and Pacific Islander (API) success in Hollywood. We work to shift culture through storytelling to create a better world. For the past 30 years, we have fought for API representation in film and television, because what we watch on our screens should reflect the world in which we live and project a better one. CAPE advances representation for APIs in Hollywood through three main verticals: (1) nurturing and engaging creative talent and executive leadership; (2) providing cultural content consulting and talent referrals; and (3) championing projects for critical box office and streaming success.

Founded in 2010, GoFundMe is a fundraising platform that connects people, causes, and charities seeking support with those able to help. GoFundMe provides an efficient and safe platform to raise money for both immediate and long-term needs, while making an impact on a global scale. GoFundMe is inspiring hope and changing lives through giving. Find us on Twitter, Facebook and Instagram.

Gold House and CAPE (the Coalition of Asian Pacifics in Entertainment) have once again teamed up to announce the third annual Gold List, featuring...