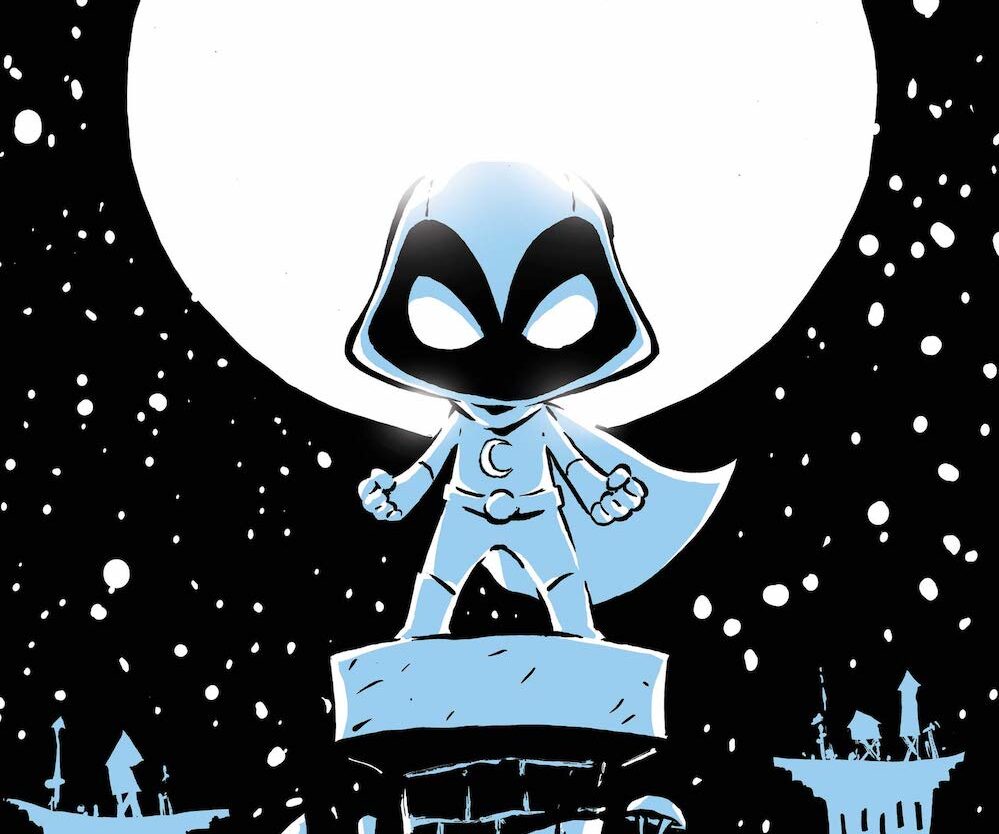 This week, Moon Knight makes his much anticipated Marvel Cinematic Universe debut with the premiere of the Moon Knight series on Disney+. The character first appeared in 1975 in Werewolf by Night #32 by Doug Moench and Don Perlin, but was primarily a secondary character until he was given his first on-going series in 1980 by Moench and Bill Sienkiewicz.

As with many characters from that era, Moon Knight has endured for decades and has had some excellent stories in his publication history, but hasn’t enjoyed the broad attention from general audiences. That changes with the introduction of the character into the MCU, prompting many to wonder, “which Moon Knight comics should I read?”

Below are four of my favorite Moon Knight runs, which will provide readers with some great foundational knowledge and appreciation for the character. As with all MCU versions of characters, Moon Knight the series is not directly adapted from any specific comic story, and the creative team has taken some artistic liberties in creating the live-action version.

For my personal tastes, I generally lean towards more modern stories, especially with characters like Moon Knight, that deal with issues like mental health, and Jewish and Egyptian cultures. That’s not to say that the older runs aren’t fantastic stories in their own right, and it’s always important to recognize the contributions of the original creators and those who came after them, but it’s more of a personal preference of mine.

Check out my recommendations below and be sure to watch Marvel Studios’ Moon Knight, March 30th exclusively on Disney+!

At a recent press conference, Moon Knight director Justin Benson specifically referenced this run by Jeff Lemire and Greg Smallwood, which may very well be the definitive modern version of Moon Knight. The run is divided into three arcs (#1-5, #6-9, #10-14), this run unapologetically leans into all the various elements that make Moon Knight a uniquely layered character. It starts with Marc Spector trapped in an asylum and delves into his relationship with the Egyptian God Khonshu, it goes on to tell an intricate tale of Moon Knight’s various personalities (Spector, Steven Grant and Jake Lockley) and culminates in a really exceptional final arc. It’s no wonder Benson and the Moon Knight series creators were inspired by this run.

Writer: Jeff Lemire
Penciller: Greg Smallwood
Issue #1 Synopsis – THE BOOK YOU’D BE INSANE TO MISS! Marc Spector (a.k.a. Moon Knight/Jake Lockley/Steven Grant) has been fighting criminals and keeping New York City safe for years? or has he? When he wakes up in an insane asylum with no powers and a lifetime’s worth of medical records, his whole identity (indentities) are called into question. Something is wrong, but is that something Marc Spector himself? Jeff Lemire (EXTRAORDINARY X-MEN) and rising star Greg Smallwood are calling everything you know about Moon Knight into question.

Max Bemis and Jacen Burrows took over Moon Knight following Lemire and Smallwood’s exceptional run, as the book reverted to legacy numbering. This run starts with Moon Knight in a better place, facing another god-inspired character who threatens to destroy the new foundation that Spector built for himself. It’s an interesting and brutal look into religious zealotry and the conflict of god-like beings. In between the primary story, there are some additional tales, including one that further explores Moon Knight’s origins, and they all culminate in a noteworthy 200th issue.

Writer: Max Bemis
Penciler: Jacen Burrows
Issue #188 Synopsis – A new day is dawning and with it comes an enemy unlike any that Marc Spector, Moon Knight, has ever faced. Moon Knight has always been a protector from the shadows, but this new enemy is looking to extinguish that shadow with blinding light and fire. Get ready for the introduction of Moon Knight’s greatest nemesis! PLUS: Includes 3 bonus MARVEL PRIMER PAGES!

The current run by acclaimed writer Jed MacKay with beautiful art by Alessandro Cappuccio. This series was obviously intended to attract new readers interested in the character from the MCU and it’s a great starting point. You don’t need to know too much about Moon Knight or his history to enjoy the story, but you also don’t get much more than a glimpse of the elements that make him unique, like his dissociative identity disorder or even his relationship with Khonshu. What you do get is a humanized Moon Knight; not Marc Spector, Steven Grant, or Jake Lockley, but Moon Knight. Because the story is on-going, I think there’s a bit of a long game that MacKay is playing with the character, and it certainly has enough to make you keep coming back. It starts with Khonshu held captive by foreign gods and Moon Knight deciding to open up a protection agency called the Midnight Mission to protect victims of crime in NYC. There are new allies, new villains and a rounding out of the Moon Knight world that the character has needed.

Writer: Jed Mackay
Penciler: Alessandro Cappuccio
Issue #1 Synopsis – I AM MOON KNIGHT! The mysterious Mr. Knight has opened his Midnight Mission, his people petitioning for protection from the weird and horrible. The Moon Knight stalks the rooftops and alleys marked with his crescent moon tag, bringing violence to any who would harm his people. Marc Spector, in whichever guise he dons, is back on the streets, a renegade priest of an unworthy god. But while Khonshu languishes in a prison that Moon Knight put him in, Moon Knight must still observe his duty: protecting those who travel at night. Let it be known – Moon Knight will keep the faith.

This recent Avengers arc gives the spotlight to Moon Knight, as he’s directed by Khonshu to destroy the Avengers in order to prevent a vision of the future ruled by Mephisto. Although the story properly begins in issue #33, it’s best to start with issue #31 for some context. I enjoyed this story because it shows how Moon Knight stacks up to some of the elite superheroes in the Marvel universe, and how formidable he can be. It also highlights how unique and different he is from other heroes. Inevitably, in the MCU, we’re going to see Moon Knight next to, and possibly in opposition to, other heroes. Stories like the “Age of Khonshu” help give some perspective on what makes Moon Knight special.

Writer: Jason Aaron
Penciler: Javier Garron
Issue #33 Synopsis – MOON KNIGHT VS. THE AVENGERS Mummies are rising from their graves. Secret armies march by moonlight, from K?un-Lun to Wakanda to Greenwich Village. A dark god invades Asgard. And the Moon Knight has been unleashed as never before. So begins the Age of Khonshu. So fall the Avengers.