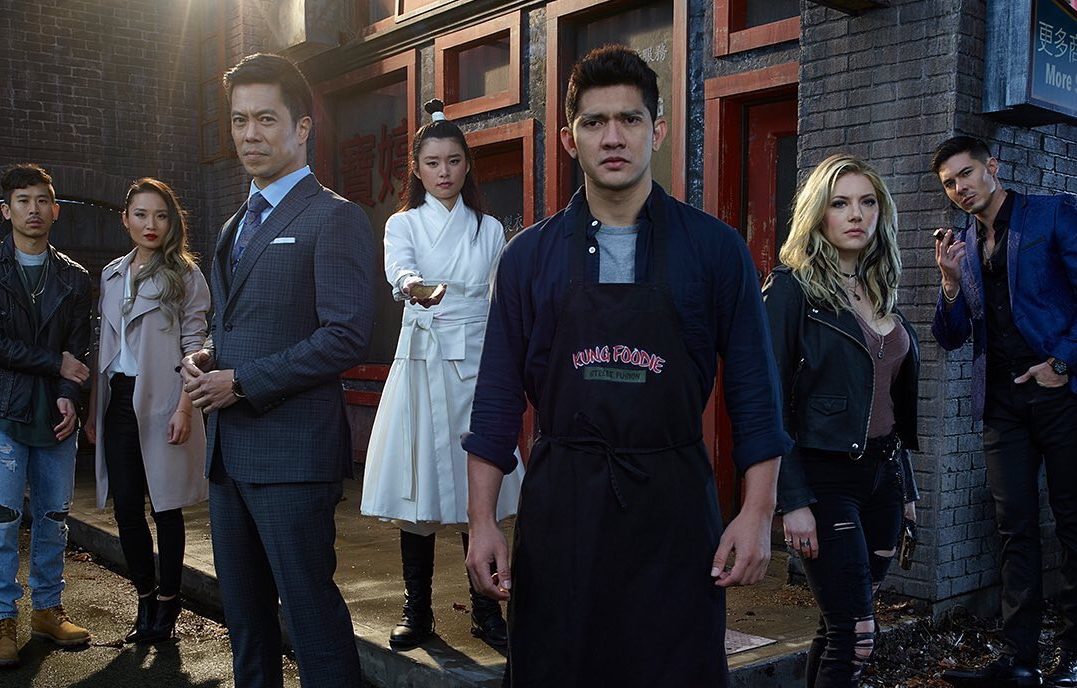 Yesterday I recapped what we knew so far about Netflix’s upcoming martial arts show Wu Assassins, including the first teaser shared by Netflix featuring star Iko Uwais putting the beat down on some thugs in a hallway (what’s with Netflix and hallway fights exactly?). Today the official marketing for the show kicked off with an official trailer and promotional posters.

Okay…that was wild. In many previous write-ups regarding Wu Assassins that I had read, there were mentions that the show would be a mix of martial arts and fantasy. I love martial arts and fantasy. The only thing was that nothing I had seen until today gave any hint that a fantasy element would be incorporated into the show, and given that yesterday’s teaser featured realistic martial arts action and again no mention of anything fantasy related, I wondered if that was all just misinformation. Clearly there is a strong fantasy theme for the show and I’m thrilled about it. Legends, mythology, spiritual powers, I’m here for all of it.

The trailer also gives us our first look at the supporting cast beyond Iko and some idea of the various relationships. I absolutely love that we are getting an overwhelmingly Asian cast in what looks to be modern Chinatown San Francisco. In many ways, this show is a great complement to Cinemax’s Warrior, which takes place in 1800s Chinatown.

I thought it was particularly interesting to learn that the show has decided to incorporate Mark Dacascos’ and Iko Uwais’ characters into one body. Creatively this could lead to some genuinely funny moments, some of which we saw in the trailer. I also think it’s creative approach to help bolster Uwais’ English, which is a bit on the weaker side. I actually wondered how they were going to manage that, given that Uwais is the clear star of the show, and if handled well I think this could be great. I also love seeing Dacascos enjoy a bit of a career revival between this show and John Wick 3. Not only is Dacascos in more high profile projects, but I love that he’s really getting an opportunity to show his personality. He was incredible in John Wick 3.

Courtesy of Entertainment Weekly, the official synopsis of the show is as follows:

Wu Assassins follows Kai Jin, a young Chinatown chef in present day San Francisco, as he becomes entangled with the Chinese Triad’s pursuit of deadly ancient powers known as the ‘Wu Xing.’ After an encounter with a mystical spirit, Kai reluctantly becomes the Wu Assassin, using his enhanced martial arts skills to recover supernatural powers from five modern day criminals threatening to use them to destroy the world.

Check out the promotional posters for the film below and watch Wu Assassins on Netflix August 8th!