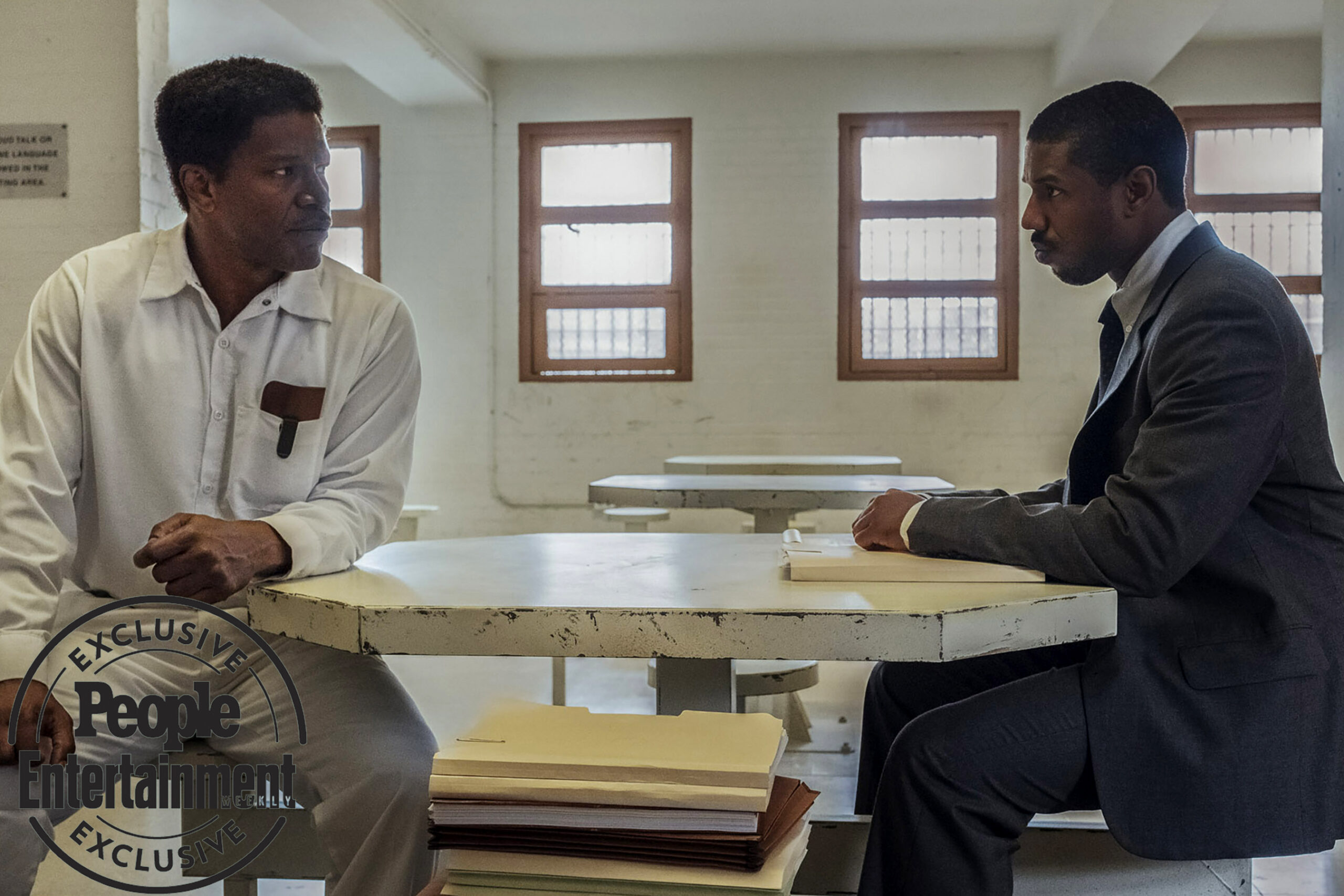 Some of Marvel Studios’ top talent are coming together for a completely different type of film and People and Empire provided first-looks today at the much anticipated film. Shang Chi Director, Destin Daniel Cretton, is directing the film, which stars Michael B. Jordan, Brie Larson and Jamie Foxx and is based on the book Just Mercy: A Story of Justice and Redemption. The film, Just Mercy, follows the true story of Bryan Stevenson (played by Jordan), an attorney who went to Alabama to defend wrongfully convicted individuals, including Walter McMillian (played by Foxx), a pulpwood worker sentenced to death for capital murder despite evidence proving his innocence.  Stevenson would later go on to found the Equal Justice Initiative – an organization dedicated to defending the poor, the wrongly convicted, women, and children.

Just Mercy already has enough hype behind it that the initial release date of January 17, 2020 was moved up to January 10th, with a limited release on December 25, 2019. Further, Just Mercy will be one of the featured films next month at the Toronto International FIlm Festival.

In an interview with Empire, Director Destin Daniel Cretton, who previously worked with Brie Larson on Short Term 12 and The Glass Castle, said of the book:

I left finishing that book feeling so energised and inspired and so connected to humanity in a way that I just hadn’t even thought of before.

Further strengthening the Marvel Studios connection, Cretton wanted Michael B. Jordan for the lead role and was connected to Jordan by Black Panther Director Ryan Coogler:

“I told him I have this book and this character that I think would be perfect for Michael, and Ryan just said, ‘Oh, that’s cool. Hold on.’ And he called Michael and then merged the calls. And so I quickly had to pitch him!”

Jordan talked to People about the importance of Stevenson’s story and how closely he worked with the attorney to prepare for the role:

“When I speak about Bryan, it’s hard to find words that are worthy enough. It goes without saying that he is intelligent and passionate with a huge heart. But it also took tremendous courage to take on this fight. He is a true hero,” he continues.

Suffice it to say, this story couldn’t be more relevant given the current climate. It’s incredible to see talented creators like Cretton, Jordan, Foxx and Larson come together to tell this important story, and their enthusiasm for the film reflects how important they view this topic and story to be. I’m greatly looking forward to this film and the initial responses we’ll hear coming out of Toronto next month!

Just Mercy premieres on December 25, 2019 with a limited release and will open nationwide on January 10, 2020.

Prepare for an epic superhero team-up in honor of Juneteenth! TNT, TBS and truTV are coordinating a one-hour special on all channels tonight featuring...