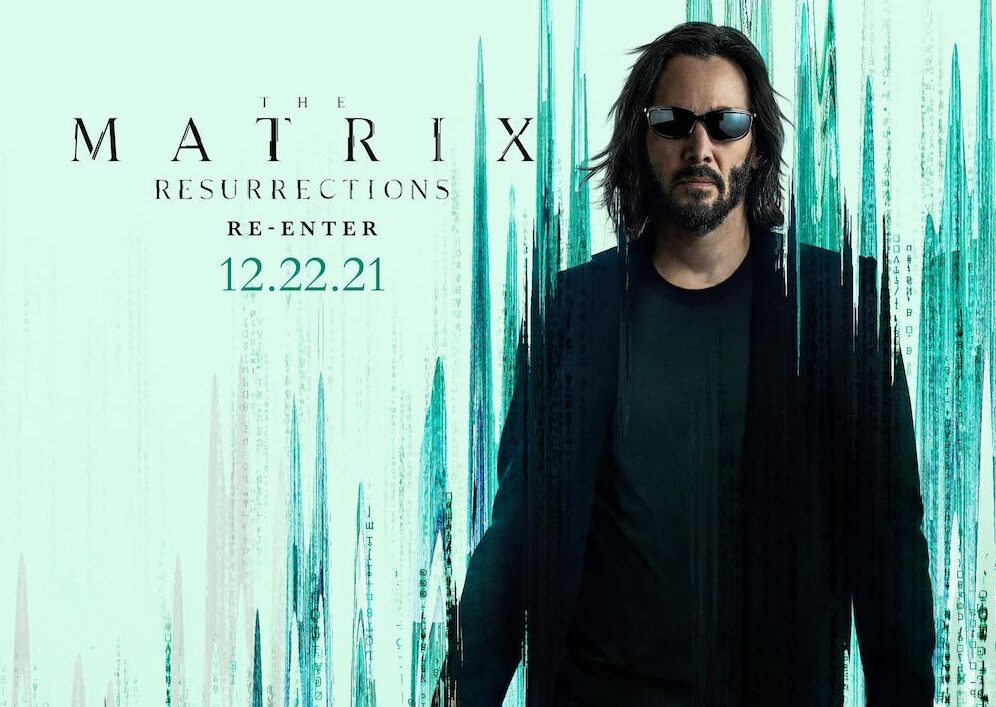 The newest and presumably final trailer for Warner Bros. Pictures’ The Matrix Resurrections was released today and it is the most epic and thrilling preview yet into the upcoming film!

In true Matrix fashion, there’s so much subtext to the dialogue in this new trailer. At its best, The Matrix franchise does a masterful job of juggling innovative action with poignant social commentary. That’s what set the original film apart from other action and science-fiction films. It’s not just a high octane ride with epic fights and ample fireworks. While it has all of that, what made The Matrix special was the honest and often uncomfortable commentary on where society was going, and indeed where we already were back in 1999. Existential themes about what we as humans are doing on a daily basis and where we’re headed, made for excellent philosophical fodder, as well as the ideas about systems of control and what it really means to “take the red pill.”

It’s going to be a tall order for The Matrix Resurrections to replicate and build on those themes, but they’re even more relevant today than they were over 20 years ago (which speaks to how little we learned from those original films).

I also love that The Matrix Resurrections is one of those rare films where the idea that everything repeats actually makes sense and has been central to the story from the beginning. It makes this reboot feel more…organic.

Finally, this new trailer reveals the return of two beloved characters from the original franchise. One, which has been suspected by many fans, and another which is a nice surprise.

In addition to the new trailer, Unreal Engine also announced today that a new interactive experience, The Matrix Awakens will be coming soon to Playstation 5 and XBox.

The Matrix Resurrections premieres December 22nd and tickets are on sale now!

ABOUT THE MATRIX RESURRECTIONS:

From visionary filmmaker Lana Wachowski comes “The Matrix Resurrections,” the long-awaited fourth film in the groundbreaking franchise that redefined a genre. The new film reunites original stars Keanu Reeves and Carrie-Anne Moss in the iconic roles they made famous, Neo and Trinity.

Warner Bros. Pictures Presents, In Association with Village Roadshow Pictures, In Association with Venus Castina Productions, “The Matrix Resurrections.” The film will be distributed by worldwide by Warner Bros. Pictures. It will be in theaters nationwide and on HBO Max via the Ad-Free plan on December 22, 2021; it will be available on HBO Max in 4K UHD, HDR10, Dolby Vision and Dolby Atmos (English only) on supported devices for 31 days from theatrical release.

It’s almost time to return to the Matrix! 18 years after the release of The Matrix Revolutions, which concluded the original trilogy of Matrix...