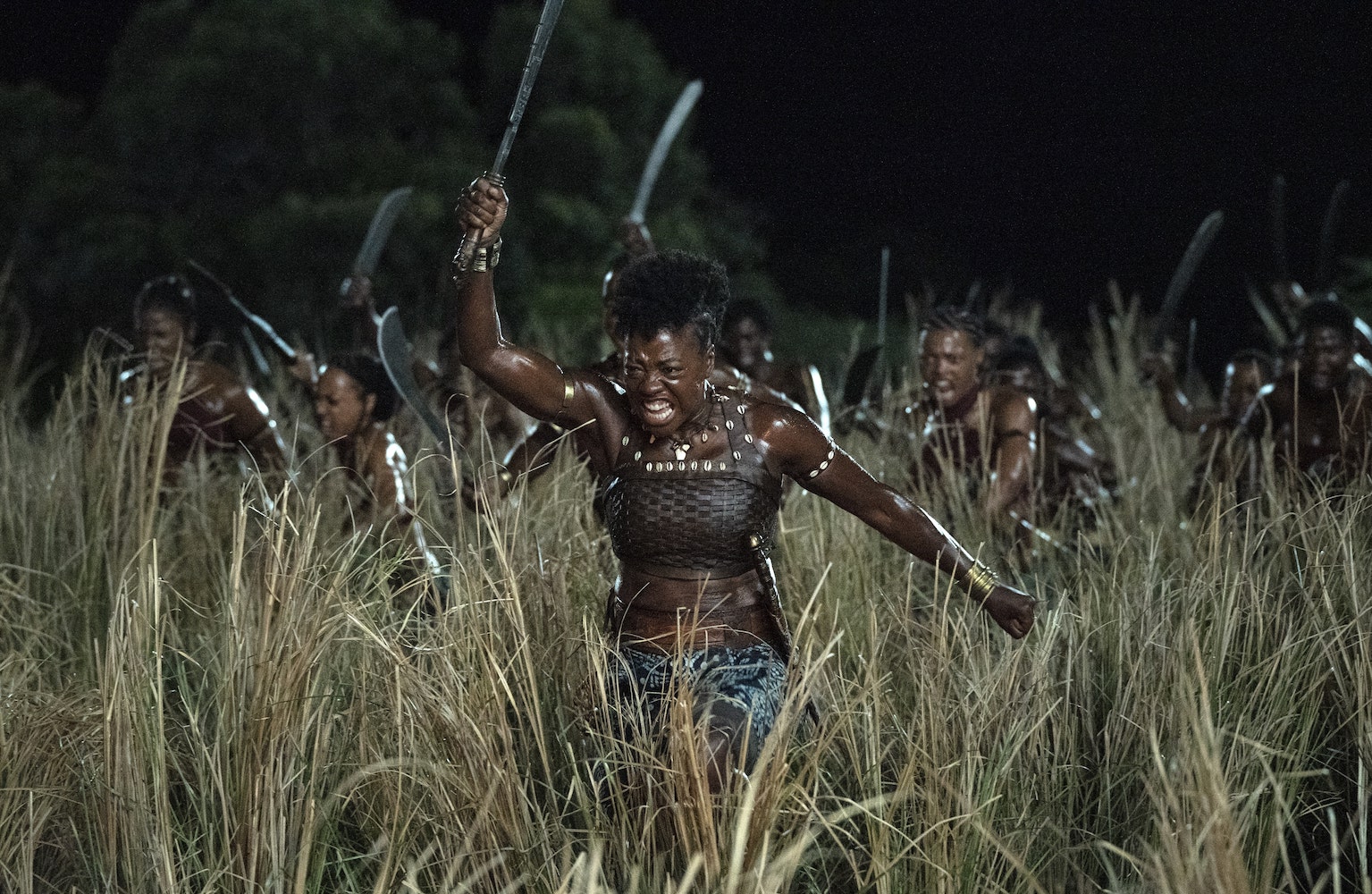 The epic first trailer for The Woman King, starring Viola Davis, has been released and it is absolutely fierce! Directed, produced and co-written by Gina Prince-Bythewood (The Old Guard) and starring Davis as General Nanisca, the film tells the true story of the Dahomey Amazons, a group of all-female African warriors who inspired the Dora Milaje from Marvel’s Black Panther film and comics.

The Dahomey Amazons were front line warriors known for their fearlessness during the 1800s in the Kingdom of Dahomey, and this September, broad audiences will finally learn their story.

The Woman King has been one of my most anticipated films of the year and this trailer solidified my excitement. Joining Davis in the cast are Thuso Mbedu, Lashana Lynch, Sheila Atim, Hero Fiennes Tiffin, and John Boyega. It’s particularly exciting to see more of Sheila Atim, who certainly left an impression from her brief appearance in Doctor Strange in the Multiverse of Madness.

To celebrate the trailer’s release, Prince-Bythewood shared some great shots from the film on her Instagram account, including some behind-the-scenes images.

The Woman King is the remarkable story of the Agojie, the all-female unit of warriors who protected the African Kingdom of Dahomey in the 1800s with skills and a fierceness unlike anything the world has ever seen. Inspired by true events, The Woman King follows the emotionally epic journey of General Nanisca (Oscar®-winner Viola Davis) as she trains the next generation of recruits and readies them for battle against an enemy determined to destroy their way of life. Some things are worth fighting for…

Sony Pictures’ Bullet Train is coming for everyone and it look absolutely amazing! A new trailer was released today for the film and it...