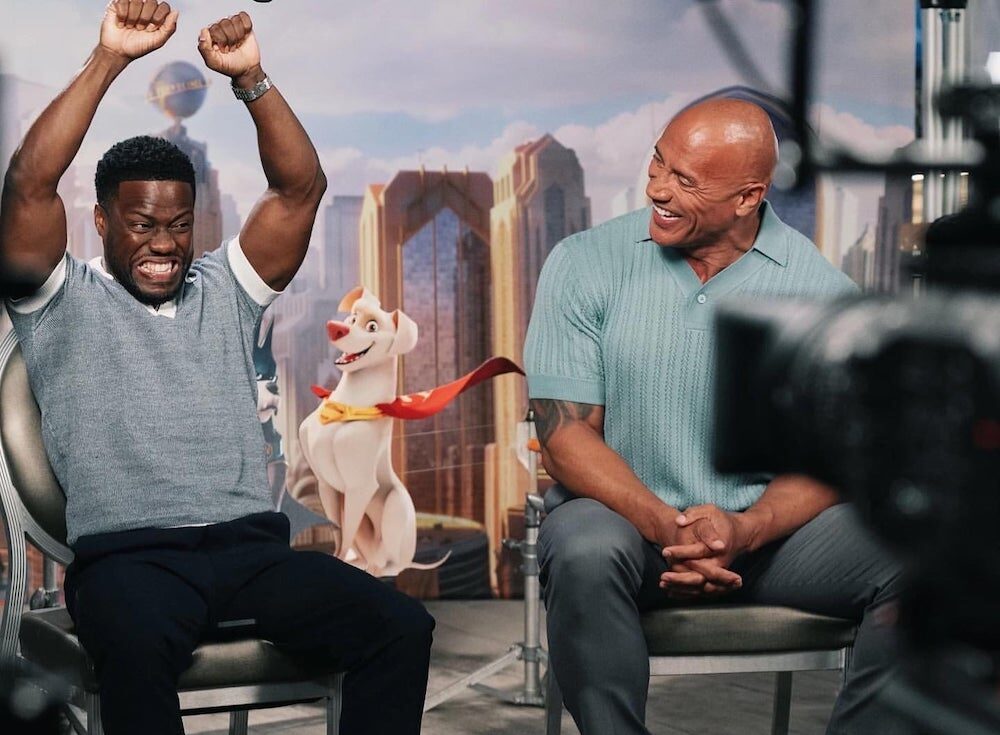 In one of the most hilarious film promotional videos ever, Dwayne “The Rock” Johnson and Kevin Hart, stars of DC League of Super-Pets, accepted the #TortillaChallenge, a social media phenomenon where people slap each other with tortillas.

If it sounds completely absurd, that’s because it is. But I challenge you not to laugh watching these two stars smack each other while trying not to spit out a mouth full of water. I have to admit that I was skeptical at this video at first. But once I watched, I found myself nearly in tears.

I’m often critical of film and TV marketing, which is usually boring, cookie-cutter and safe. We need more funny and relatable moments like this, especially when you have two talents as engaging and entertaining as Johnson and Hart. It certainly doesn’t hurt that the pair have already starred in four films together and clearly have an unusual chemistry and genuine friendship.

Watch the clip on Johnson’s Instagram page below. Hart smacks The Rock so hard the first time that his cheek is visibly red the rest of the way!