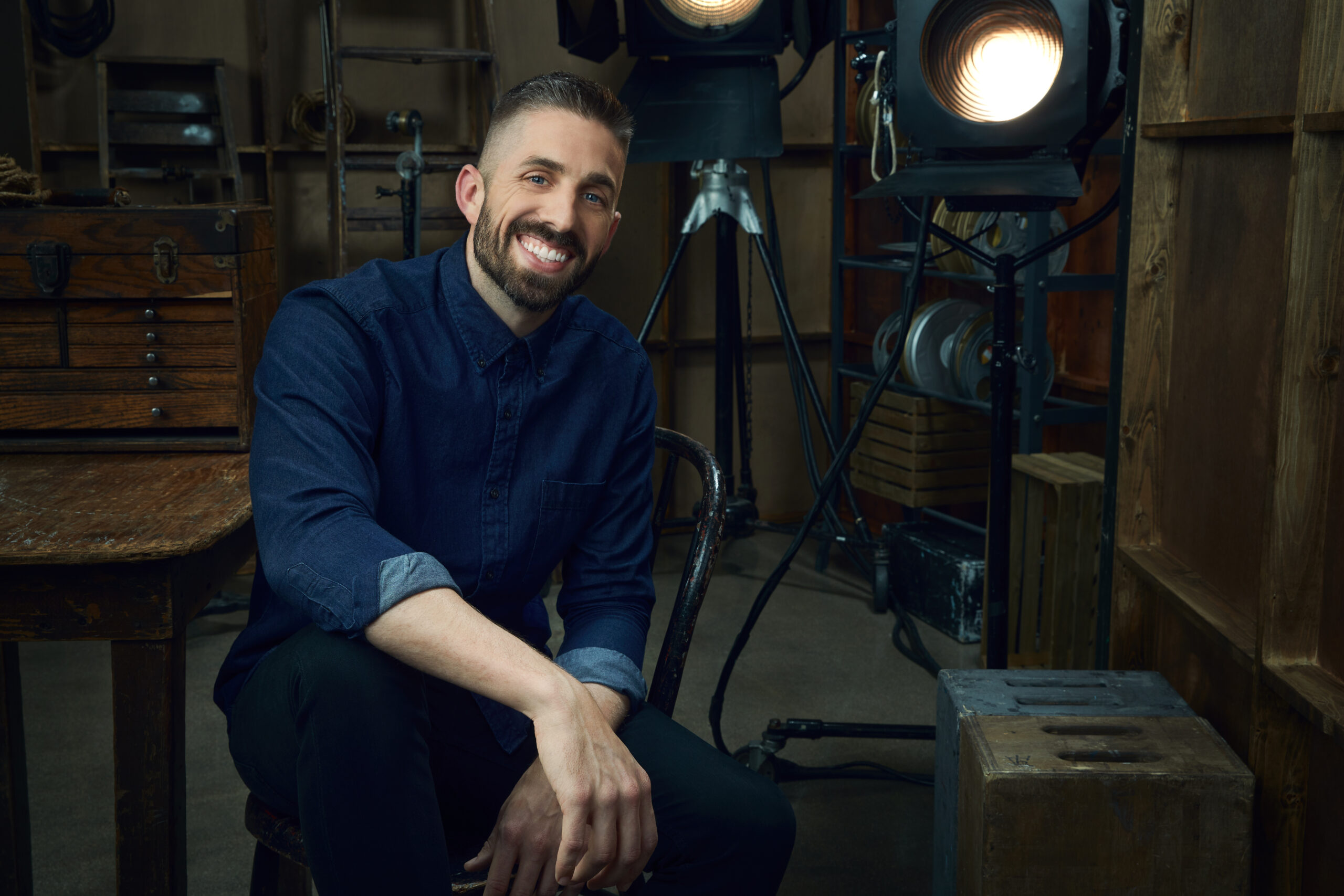 Walt Disney Animation’s animated short Us Again is a refreshing reminder to try to focus on the beauty and people around us. If there’s ever been a time when so many of us simply want to fast forward to the future, it’s probably now, during a global pandemic. And while that’s completely understandable and valid, even this time in our lives are moments we can never get back; especially when it comes to time spent with those we love.

In Us Again, a mixed-race couple, Dot and Art, struggle through a point in their lives when Art in particular has lost inspiration and focus on what’s good around him. Thankfully, the loves of his life, Dot and dance, combined with a little magic, are able to remind him that there’s so much joy to appreciate. As I mentioned in my five-pocky review of the film, there’s never been a better time for a film like this.

Recently, I had the opportunity to attend the virtual press conference for Us Again, which featured the film’s director, Zach Parrish, producer Brad Simonsen, and Keone and Mari Madrid, who supervised the dance choreography.

From the beginning of the press conference, it was very clear what an emotional and personal project this was for Parrish, who has been an animator with Disney Animation for 11 years, and was head of animation on the Oscar winning Big Hero 6. “[T]his idea in particular came from a time in my life when I was kind of struggling with the changes that go along with aging…it kind of led me to these conversations that I would have with my mom where she would always talk about all the great things that she was gonna do when she grew up,” Parrish said.

It’s amusing to think about Parrish struggling with the idea of getting old, while his own mother is youthfully dreaming about how much she still has to do in her life. “It really made me stop and realize that I kinda had my priorities wrong,” Parrish said. “I was looking in the wrong direction, and if I’m always looking in the past, then I’m gonna miss the beauty in the now.”

Thus, Parrish set out to tell a unique fountain of youth story centered on music and dance. “I’m a huge animation nerd, I’m a huge film nerd, and so we looked at all kinds of reference. And there’s a long history at Disney using dance as a medium to express story,” Parrish said.

One of the inspirations for Parrish was the classic Disney animated film Fantasia. Parrish explained that he “looked at a lot of Fantasia reference because it’s amazing the storytelling that they did in those short films without dialogue, driven mostly by music and movement.”

With the idea of the story in place, the next step was to develop the sound of the film. Producer Brad Simonsen talked about how they “knew that the foundation of this had to be the music. Choreography and music were the foundation of the short…[and] the vision for this was always to have a funk soul, old and now feeling.”

For the dance choreography, Parrish recalled a video he had seen of Keone and Mari that seemed to be in line with his vision for the film. “I was thinking of this idea for the film and knowing that I wanted to do the entire thing through dance…it really sparked this memory of this video that I saw, this incredible couple, online,” Parrish said. “I believe they were teaching Bob Marley’s ‘Is This Love’ and they were dancing as an old couple.”

What struck Parrish about Keone and Mari’s work wasn’t just their incredible dancing, it was their ability to tell stories through their dance. “[A]s an animator, I’m very familiar with pose to pose animation and their style of dance had this, like, perfect animation-ness to it. But also they have this incredible ability to tell stories with the way that they dance,” Parrish said.

The Filipino-American husband and wife team of Keone and Mari have worked with some of the biggest names in music like Justin Bieber, Kendrick Lamar and BTS. However, having the chance to tell a Disney story was special for the Madrids. “The one thing that we’re so passionate about is story, and just the marriage of the project was just instantaneous as soon as we heard what the ideas were,” Keone said. “[A]nd we’ve been trying to tell stories through dance our entire careers, and we find that where Disney’s power in storytelling is with animation, our power in storytelling is our dance style.”

A particularly unique element of Us Again is that it centers a Black and Asian mixed-race couple. Parrish explained that the intent from the beginning was to have an interracial couple represented. “[W]e knew from the beginning that we wanted an interracial couple…we have an amazing group of people, artists, and other employees within the building, whose focus is on diversity and inclusion,” Parrish said.

That part of the story was an important factor to Keone and Mari as well. “I have to say that when we came in and we saw it was an interracial couple, we were so happy and excited to see that,” Mari said. “We’re both children of interracial couples. So, that was really meaningful too.”

Us Again is a 7 minute film with no dialogue, so one might think that thematically it’s a simple story. And while it’s not necessarily a complex story, it’s one with enough layers that it will resonate with different people in different ways.

For Keone, the story is about “love and being present with each other….all we hope to do as artists is to bring some sort of joy and warmth to people, and somehow inspire their day.”

Mari echoed those sentiments, with a focus on the small things. “I hope that people feel that, and that they would, you know, just do simple things…whatever that source of love and presence that, you know, you kind of brush to the side every day,” Mari said.

Simonsen expressed hope that the film would inspire appreciation for our loved ones. “[It’s about] being grateful and thankful for the loved ones you have. I think that often we take them for granted, frankly, that they’ll be there with us, I think,” Simonsen said. “And we’re living through a moment in time when that’s something that we shouldn’t take for granted. We really should love who we’re with and tell them that and care for them and enjoy the moment that we have.”

Finally, Parrish added to Simonsen’s thoughts, specifically focusing on the hope that Us Again, which very much delves into the concept of then and now, would help loved ones bridge the generational gap:

I said from the beginning to my wife that I hope when people watch this film, they look at their grandparents and realize that they were kids once too. And they…it inspires them to ask questions, you know? Because that is something that I feel like I missed out on, because I wasn’t self-aware enough I guess to ask those questions while my grandparents were still around. And so, I hope that inspires conversations between generations about their lived experiences, and their views on life, and their view on their relationships.

Us Again plays with Raya and the Last Dragon in theaters worldwide and will be available on Disney+ in June.