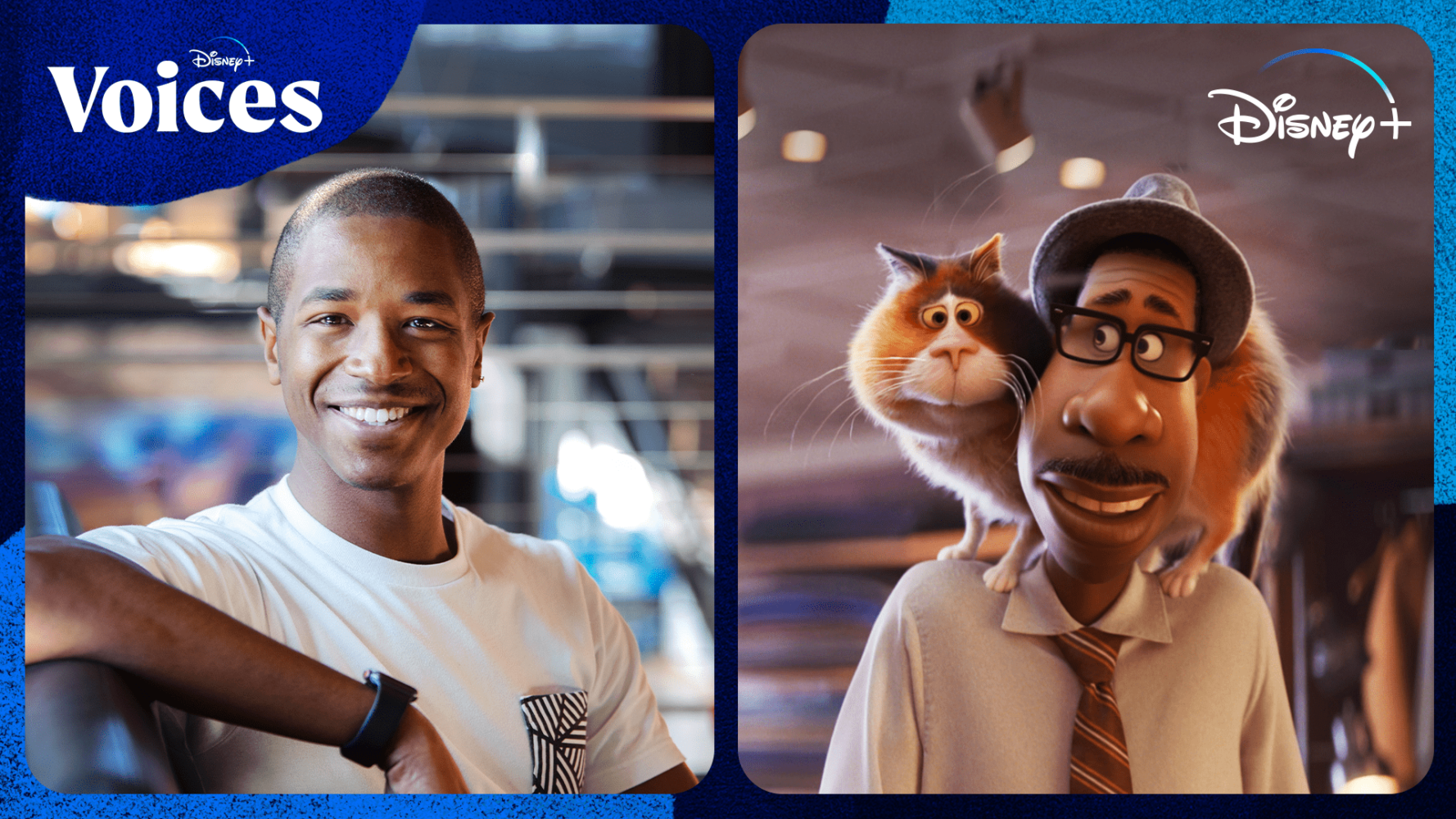 Disney Pixar’s Soul, which recently won the Academy Award for best animated feature, is a groundbreaking film that centers a Black character, and includes Black creatives behind the camera. One of the animators for Soul, MontaQue Ruffin, stars in the premiere episode of Disney+ Voices, a Youtube series highlighting Black creatives

As part of its #BlackHistoryAlways initiative that celebrates Black voices beyond February’s Black History Month, Disney launched Disney+ Voices this week. The Youtube series is designed to highlight Black creators and provide them a platform to be recognized for their accomplishments and also talk about their journey.

MontaQue Ruffin, who worked as an animator on Soul, as well as other blockbuster Pixar films like Coco, Toy Story 4 and The Incredibles 2, speaks with Disney+ Animation Producer Ezra Edmond (The Good Wife, Nashville) about important issues like imposter syndrome, entertainment as escapism and his work on Soul.

I really appreciate the #BlackHistoryAlways concept because Black history is American history (if not simply world history), and giving Black voices a platform for one month out of the year is silly. And of course, we’ve all noticed that Black History Month just so happens to take place during the shortest month of the year.

With #BlackHistoryAlways, we can all be reminded to amplify and celebrate Black creatives throughout the year. Further, we should normalize recognizing Black and other diverse contributions to pop culture and society on a regular basis without the need for specific months of celebration.

The first episode of Disney+ Voices with MontaQue Ruffin is available now and can be watched below.

On the heels of its monumental Academy Award win for best animated feature, Disney and Pixar’s SOUL kicks off new interview series from Disney+.

As part of an ongoing commitment to amplify Black stories, culture and community beyond just the 28 days of February, Disney+ continues its #BlackHistoryAlways content with a new interview series Disney+ Voices in which Black creatives connect for an open conversation about their process and passions through the lens of the Black experience.

In the special premiere episode, SOUL animator, MontaQue Ruffin (Coco, Finding Dory) talks with Disney+ animation producer Ezra Edmond (The Good Wife, Nashville) about overcoming imposter syndrome, inspiration behind the film’s beloved characters, and the magic of animation and storytelling as a form of escapism.

Celebrate the historic Oscar win for SOUL by rewatching the film on the Disney+ platform and going behind the animation in the premiere episode of Disney+ Voices on the YouTube channel.

Jamie Foxx leads an all-star cast in this hilarious, heart-filled adventure. Pixar’s SOUL introduces Joe (Foxx), who lands the gig of his life at the best jazz club in town. But one misstep lands Joe in a fantastical place: The Great Place. There, he teams up with soul 22 (Tina Fey), and together they find the answers to some of life’s biggest questions.