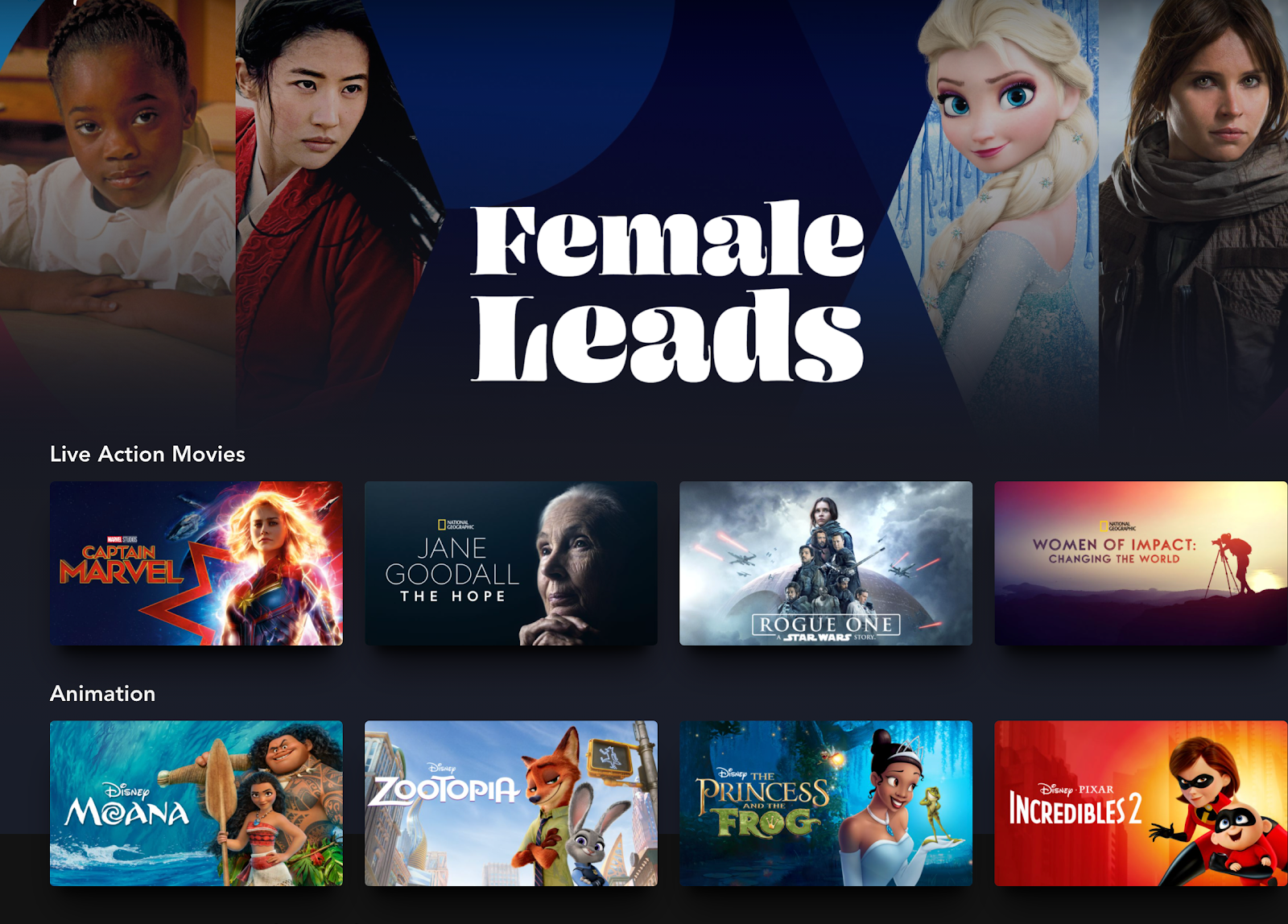 Happy International Women’s Day and Women’s History Month! In order to celebrate the amazing women characters in pop culture, Disney+ has launched the “Female Leads Collection” on their streaming platform.

Through this section, viewers can access an extensive library of TV and film featuring women lead characters.

Some of my personal favorites include Mulan (both animated and live action versions, though I’m partial to Ming Na’s animated performance!), Moana, Meg Murry from A Wrinkle in Time, Carol Danvers from Captain Marvel, and of course, Wanda Maximoff (and Monica Rambeau!) from WandaVision.

Perusing through the collection, it’s really exciting to see so many varied and diverse options. Star Wars: Rogue One, which stars Felicity Jones as Jyn Erso, is one of my favorite Star Wars films ever. The recently released Flora & Ulysses, with Matilda Lawler as Flora, is a delight for all ages. Hidden Figures, starring Octavia Spencer, Taraji P. Henson and Janelle Monae is a film everyone should watch.

Below is a great breakdown of some of the amazing characters and the fantastic titles available now on Disney+!

AUDACIOUS ADVENTURERS – Journey from Paris to Russia, tumble down the rabbit hole, sail across the sea, fold the fabrics of space and time with the fierce and fiery female leads of these films.

HISTORICAL (SHE)ROES – based on true events, these inspiring females were instrumental in some of the greatest social, civil, and technological advancements in history.

COMBAT QUEENS – Superheroes, secret agents and everything in between, these women warriors are kicking butt and taking names.

MARVEL(OUS) – Super (she)roes of all shapes and sizes save the world and work wonders in the Marvel Universe.

REBELLIOUS ROYALTY – From the Kingdoms of Arendelle, Genovia, Maldonia, Illyria and Corona; these queens-to-be are anything but typical representations of royalty.

In this article:Disney, Disney Plus, DisneyPlus, Womens History Month, WomensHistoryMonth