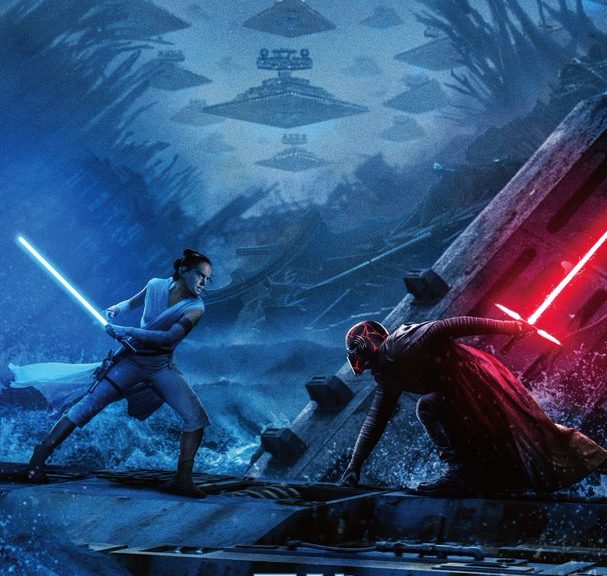 Happy Star Wars premiere week! Episode IX, The Rise of Skywalker is finally upon us and it represents the end of another major era in the Star Wars saga and the conclusion of the Skywalker story as we know it.

For the uninitiated, with some major film releases, I am aggregating reviews from diverse critics, with an emphasis on critics of color. I decided to do this for certain films because I found myself regularly having to scour social media for reviews by diverse critics and it can be challenging to do so. Hopefully this will be a helpful resource for those who want to hear how critics of color feel about The Rise of Skywalker. This is not my review. My review will be up shortly.

Below are reviews of The Rise of Skywalker  from critics of color that I have seen thus far. I will continue to update this list for about one week after the film premieres. Please feel free to contact me via the site or on Twitter if you would like me to add or remove your review from this list. Please note that I reserve the right to add or remove reviews at my discretion. Of course I will honor any requests to remove your review.

Finally – By including the following reviews, I am not making any assertions about the site or reviewer’s credibility or quality. I’m simply sharing reviews from critics that I’ve seen online.

Some potential spoilers may be in the review excerpts below!

The Force is Strong (Positive)

Jordan Maison, Cinelinx – 3.9/5
“For the most part,The Rise of Skywalker really feels like an ending. Even as it poses a couple new questions, there is a general sense of closure.

It incorporates elements from the previous films, whether it’s Force-powers, locations, or revelations, TROS manages to tie together a bunch of threads from the Star Wars Saga. While it doesn’t always tie them together nicely, it’s neat to see how it all comes together and to see the obvious influences.”

Carla Renata, The Curvy Film Critic
“At then end of the day, as a lifelong fan, I was emotionally distraught, laughed a lot and walked away feeling all entities did George Lucas’ Star Wars last and final trip right with the respect, frolicking and fighting spirit of wills we as an audience have come to know and love.”

Zaki Hasan, Zaki’s Corner – B-
“The Rise of Skywalker packs every second of its nearly two-and-half hour runtime with some kind of business intended to drive home the Very Important nature of the story being told. It’s overstuffed and broad and messy, but it’s also emotional and powerful and resonant.”

Timothy Hall, The People’s Critic – B
“Star Wars: The Rise of Skywalker is a fitting end to the trilogy and the Skywalker Saga. With the exception of a few moments, the film delivers the way a Star Wars movie should.”

Corrupted by the Dark Side (Negative)

Justin Chang, Los Angeles Times
“The problem with The Rise of Skywalker isn’t any single omission or misstep. It is the succession of cheap “gotcha!” twists that briefly threaten to alter how we look at these characters, only to abruptly pull us back to rose-tinted reality.”

Robert Daniels, 812FilmReviews – 1.5/4
“Star Wars: The Rise of Skywalker is bereft of ambition, excitement, and grand ideals. It’s a languid dull tale that acts far more as a warning against the powers of pop culture in the face of art, than as a compelling picture.”

Kristen Lopez, FanSided
“Star Wars: The Rise of Skywalker is made for one specific fan, and to appease them, it limits its storytelling and characterization to a sloppy degree. The cast is still able to keep things moving, but you can see the boundaries they’re confined to. A franchise initially started for a new generation of fans ends by saying new fans never mattered, only those who were there from the beginning.”

Sharronda Willams, Pay or Wait – Wait
“The Rise of Skywalker may deliver on the Star Wars nostalgia but fails as a satisfying conclusion to this once epic franchise.”

Haaniyah Angus
“It’s like if Reylo + Palpatine truthers + Anti Rose accounts came together and made a film, and my God it shows. From the clunky and expository dialogue to the fake-out deaths, Episode 9 cements itself as a prequel-level Star Wars film.”

In this article:Star Wars, StarWars, The Rise of Skywalker, TheRiseofSkywalker