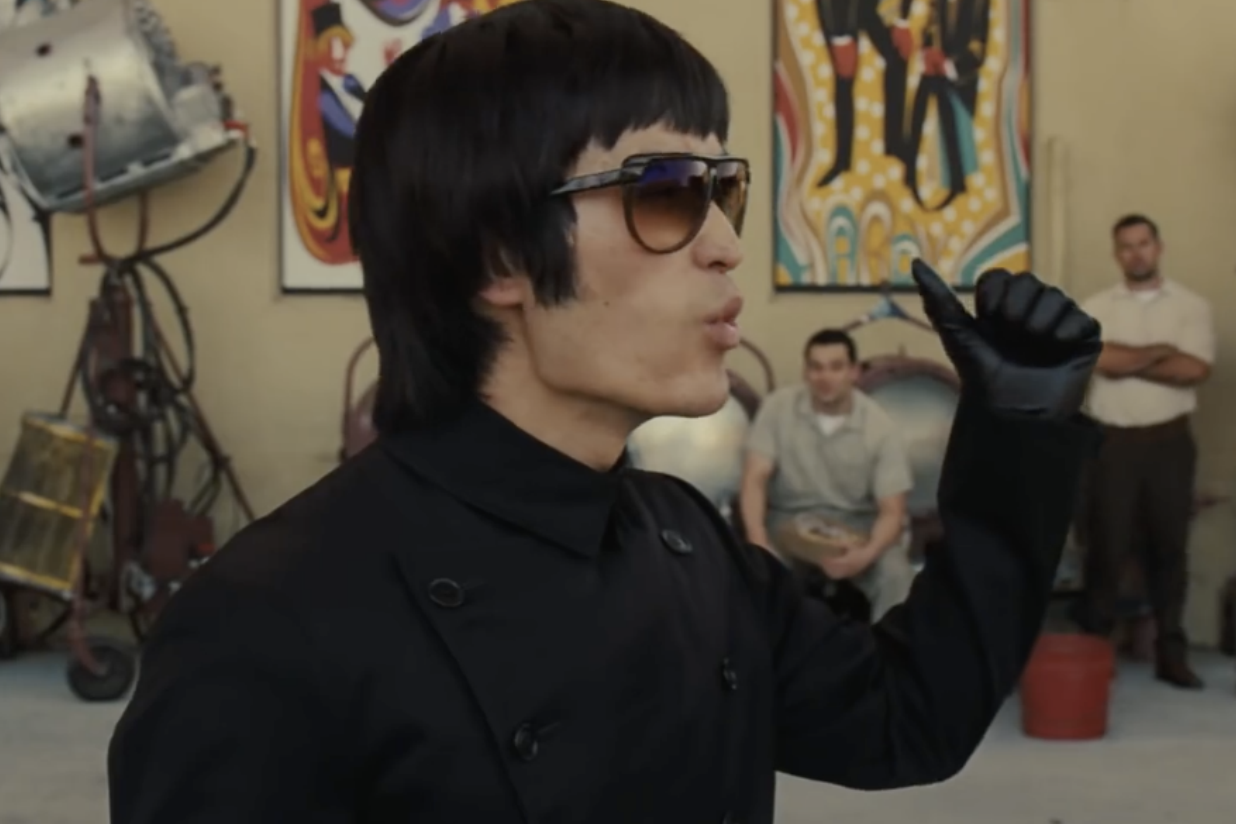 Quentin Tarantino’s latest film, Once Upon a Time in Hollywood, is canceled. Well, not that kind of canceled (although I guess kinda?). The Tarantino film was set to premiere in China next week on October 25th. The China-based Bona Film Group invested in the project, and two of its executives, CEO Yu Dong and COO Jeffrey Chan, are credited as executive producers on the film. You would think that with a Chinese company backing the project, Once Upon a Time in Hollywood would have no problem getting approved in the much desired Chinese box office.  However, according to The Hollywood Reporter, after previously approving the film, the Chinese National Film Administration has changed its mind and the film is now on hold indefinitely.

Although no official reason for this change was given, THR’s sources have told them that the film’s approval was pulled after Bruce Lee’s daughter, Shannon Lee, made a direct appeal to the Chinese National Film Administration regarding Once Upon a Time in Hollywood‘s negative depiction of her father.

When the film premiered this past July, many admirers of Bruce Lee were disappointed with how the film treated the martial arts legend. In particular, Shannon Lee expressed frustration that Tarantino portrayed Bruce Lee, played by Mike Moh, as a caricature. As The Wrap reported, Shannon said that “it was really uncomfortable to sit in the theater and listen to people laugh at my father,” Shannon specifically noted though that she didn’t blame Moh, and instead placed the responsibility on Tarantino. “I think he was directed to be a caricature,” Shannon said at the time. Moh, an actor and martial artist, is well known to be a big fan of Bruce Lee, and Shannon has previously noted his appreciation for her father on her Bruce Lee podcast. Tarantino defended his decision, saying that it was an authentic portrayal. Tarantino’s position was surprising given that the rest of the film isn’t exactly based on its authentic portrayal of Hollywood in general or the characters involved. Further, Tarantino was blatantly incorrect on his claims that Bruce Lee did in fact say that he could beat up Muhammad Ali, as those claims were based on an obviously erroneous reference to Linda Lee Carter’s (Bruce Lee’s wife) book. Simply saying that he made a creative decision for his film would have been more appropriate.

Regardless, all that led us to this point. Once Upon a Time in Hollywood made $366 million in the U.S. and was looking to the China release to push its box office numbers past $400 million. It was also to be Tarantino’s first proper film release in China after Django Unchained was pulled opening night with a heavily edited version releasing later. Now all of that is in jeopardy. Shannon Lee’s concern about how her late father is portrayed is understandable, especially in China where Bruce Lee is even more revered than he is in the U.S. It should come as no surprise that she wouldn’t want her father’s legacy potentially tarnished to an audience that doesn’t have the cultural context to understand that Tarantino’s film isn’t exactly a historical documentary.

This controversy comes amidst a variety of major U.S. companies and organizations facing challenges in China, especially with regard to the current protests in Hong Kong. About two weeks ago, the NBA, which has significant business interests in China and is one of the country’s most popular sports, faced backlash after one of its team executives tweeted in support of Hong Kong protesters. China responded by canceling a variety of planned NBA events, featuring NBA superstars like Lebron James, and taking NBA games off the air in China. Reports have indicated that China represents approximately $1.5 billion in revenue for the basketball league.

Just a few days after that, the video game company Blizzard found itself in similar territory after one of its gamers gave an interview during a Hearthstone tournament and made comments in support of Hong Kong. Blizzard stripped the gamer of his prize money and banned him for 1 year. After significant backlash from the gaming community, Blizzard reduced the ban to 6 months and returned the prize money to the player.

U.S. companies continue to desperately want to tap into the China market, which is seen as the most obvious way to enlarge the overall financial pie. Indeed, Lucasfilm, which has long desired to make in-rounds in China with Star Wars but struggled to gain popularity, recently agreed to a deal with Tencent’s China Literature to distribute a variety of Star Wars novels translated for Chinese readers and create original Chinese books set in the Star Wars universe. Companies like Visa, Coca-Cola and Apple, among many others, have made similar efforts and been put in compromising situations in China.

Disney and Marvel in particular are sure to be sharply interested observers of all these instances as they are set to release two major Chinese focused films in the coming years in Mulan and Shang-Chi and the Legend of the Ten Rings respectively.

I wonder if recent events will encourage U.S. companies so hungry for that China money to reevaluate its strategies. For all the money that China’s 1.4 billion people represent, there’s no denying the geopolitical entanglements that come with trying to get that money at all costs. And although the political climate isn’t a factor with Tarantino’s film, it’s noteworthy in the sense that it reflects the somewhat unpredictable nature of the market. I’m sure we’ll see plenty more examples in the near future.

Update: In what should come as no surprise, Tarantino has refused to re-cut his film. According to The Hollywood Reporter, the director is taking a “take-it-or-leave-it” stance. Nobody in their right minds would have expected Tarantino (or frankly any major director) to respond otherwise. It’ll be interesting and informative to see how Chinese regulators react and if Once Upon a Time in Hollywood remains banned in China.