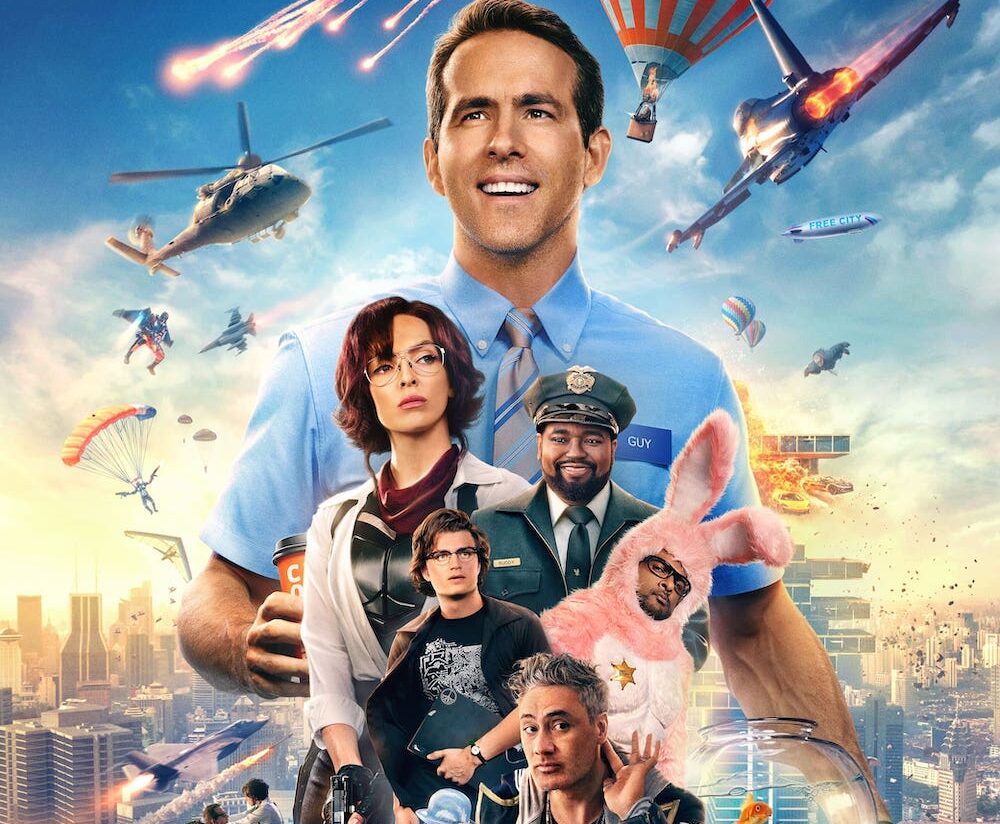 It’s impossible not to like Ryan Reynolds. He’s found the perfect blend of sarcasm and sincerity that just about appeals to everyone. Even so, I really didn’t know what to expect with his upcoming film Free Guy from 20th Century Studios. Again, it stars Ryan Reynolds so the film already has my money, but there’s still a question of how much I’ll enjoy it.

Today, 20th Century Studios released the first trailer for Free Guy, along with stills from the film. Starring Ryan Reynolds as “Guy,” with Jodie Comer, Lil Rel Howery, Joe Keery, Utkarsh Ambudkar and Taika Waititi co-starring, the film is about a video game world and looks to be an intriguing blend of Wreck-It Ralph, The Matrix, Ready Player One, The Truman Show and…Looney Toons?

As expected, Reynolds is magnetic and looks perfectly cast for this role. Guy is almost a nice version of Deadpool, and one can easily imagine one Reynolds character turning into the other.

I love the concept of the film, and always welcome seeing films with Taika Waititi, Lil Rel Howery and Utkarsh Ambudkar. All three are very talented and likable. I’m a bit cautious about the fact that the film stars two white leads, with two of the three main diverse actors being the villain and the side-kick, but I’ll reserve judgment until seeing more. Ambudkar seems to play a programmer character who works for Waititi’s character, and I could imagine a heroic role there.

Check out the trailer and stills below. Free Guy premieres only in theaters on August 13, 2021!

In “Free Guy,” a bank teller who discovers he is actually a background player in an open-world video game, decides to become the hero of his own story…one he rewrites himself. Now in a world where there are no limits, he is determined to be the guy who saves his world his way…before it is too late. Starring Ryan Reynolds, Jodie Comer, Lil Rel Howery, Joe Keery, Utkarsh Ambudkar and Taika Waititi, “Free Guy” is directed by Shawn Levy from a screenplay by Matt Lieberman and Zak Penn and a story by Lieberman. The film is produced by Ryan Reynolds, p.g.a., Shawn Levy, p.g.a., Sarah Schechter, Greg Berlanti and Adam Kolbrenner with Mary McLaglen, Josh McLaglen, George Dewey, Dan Levine and Michael Riley McGrath serving as executive producers.