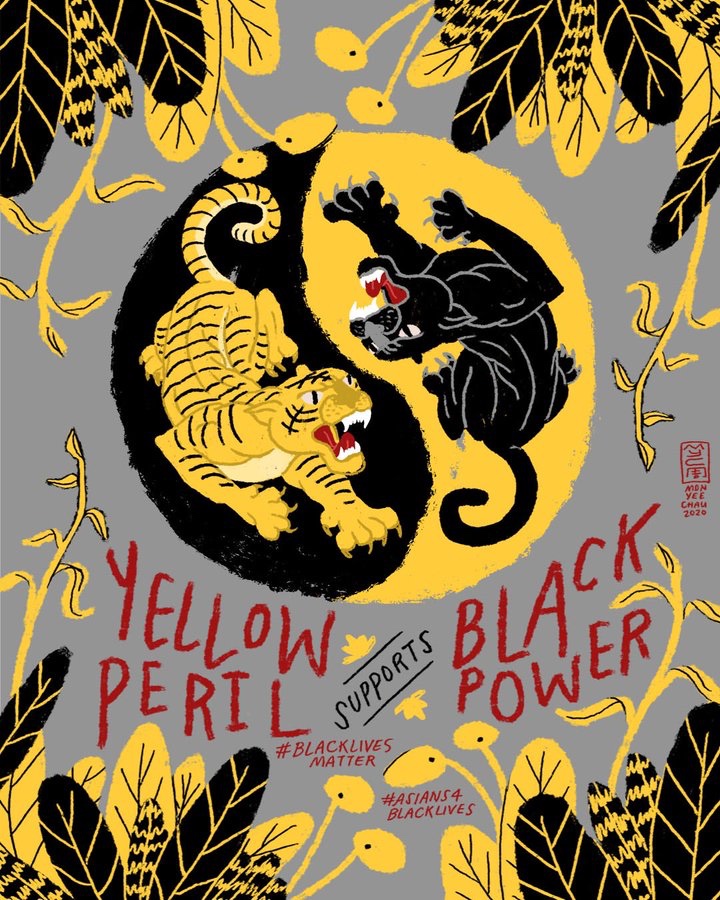 First of all, BLACK LIVES MATTER. We’re all on the same page right? Okay then, we can move on.

Second, a lot of people are wondering right now (maybe for the first time?) how they can better educate themselves, their families, friends and especially children on the disease that is racism, and what they can do to support the Black Lives Matter movement and the fight against racism. It’s not easy to know where to start, and for many white and non-Black POC, the first instinct might be to ask Black friends in person or social media to help educate. Don’t do that. Black people aren’t responsible for educating others on the racism that affects their lives daily. They’re too busy…you know…trying to deal with racism.

Thus, in an effort to help support the conversation, I’ve pulled together some recommended resources that I’ve found around the interwebs. These resources are recommended mostly from Black writers and activists (see, they end up doing the work for us anyway). Please don’t consider the resources below to be personal recommendations, as I haven’t watched or read through all of them. These are just some common suggestions that I’ve seen that might be a good place to start for better education and conversation on racism. If you have any additional recommendations, please feel free to contact me here or on Twitter!

Here’s a quick 4 minute clip by act.tv that might help you discuss the issue of systemic racism to those who don’t fully understand it. It’s obviously not a thorough explanation, and something as insidious and pervasive as systemic racism can’t possibly be covered in 4 minutes or even any one sitting, but it’s a good place to start having the conversation.

Social Justice in a Graphic

Ideas like inequality, equality, equity and justice are difficult to fully grasp and distinguish. Again, we can’t fully educate ourselves or others on multi-faceted concepts like these with a quick infographic or anything like that. But I thought this series of images by Tony Ruth for the Design in Tech Report 2019 offered a fantastic starting point for discussion:

Next, here’s a comic by Kris Straub clarifying the idea of Black Lives Matter and why All Lives Matter is an explicitly anti-Black and racist position. If you’re saying or writing “All Lives Matter,” please be sure to put on your favorite MAGA hat in advance. You might as well go all in. I share this with a bit of reservation because I don’t believe that the All Lives Matter crew is really interested in good faith conversation. I know there are those who are completely unaware of the context behind the two phrases and simply take them for face value. But honestly, if you can’t take the time to do 2 seconds of research and figure out why screaming “All Lives Matter” in response to “Black Lives Matter” is incredibly racist, then I’m not sure what to tell you.

Lee Edward Colston II put together a Google Doc with extremely important resources, including referrals for legal services for protestors, funds to donate to and general tips. Thanks to DJ BenHaMeen of the For All Nerds show for spreading the word on this resource.

For those of us who support the cause of Black Lives Matter, but aren’t able to go protest in person (like myself), particularly in this COVID-19 era, Chelsea Kay Wright put together this very helpful list of ways we can all contribute and support from home:

The key here is that everyone can do something. We all have our parts to play and it’s important for as many of us as possible to fight against systemic racism.

Reminder too that in addition to the tragic murder of George Floyd, Breonna Taylor and Amaud Arbery, among others, were also senselessly murdered within the last month. Below are links to funds to support both families:

I Run with Maud

How to be an Ally

The concept of being an ally to those who are particularly underrepresented or victimized seems so simple. But in reality it can be quite challenging, and requires a lot of self-education, humility and boldness. I often find that well meaning allies don’t realize their tendency to center themselves in the conversation and can get defensive when faced with the justified anger and frustration of those they seek to support. Another common concern that I’ve seen expressed is that those who want to be allies don’t speak up out of fear that they’ll say something wrong. All of these things are understandable but also unacceptable. White and non-Black POC allies bear the responsibility of educating ourselves, listening to others and speaking up when appropriate. To help, blogger Marie (WasteFreeMarie) posted these well thought out Do’s and Don’ts on how to be an ally.

As an Asian-American, this section is very personal to me. As many are aware, anti-Blackness is rampant within the Asian community, despite the fact that many Asian immigrants owe their very presence in the United States to the Black community and the hard fought gains won by the Civil Rights movement. That’s what makes events like the Black + Gold Forum so important. Asian-Americans need to have greater awareness on how we need to support the Black community, not only because it’s the right thing to do, but frankly, because we owe them a debt of gratitude. Hasan Minhaj had a great segment in his Patriot Act calling out anti-Blackness within the Asian community and outlining specific ways we can support Black Lives Matter.

To that end, this very helpful set of images created by Asian-American host and filmmaker Nicki Sun offer a fantastic guide on how white and non-Black POC can prepare to be better allies to the Black community:

Gold House, a non-profit organization that supports diverse projects with a focus on Asian creatives and co-sponsor of the Black + Gold Forum, also distributed their own guide on how Asians can be better allies.

Children’s books on racism seem to be in particularly high demand. Below is a great list put together by Little Black Book Nook. I’ve seen several people recommend This Book is Anti-Racist and a kids book about racism. Both of these books are harder to find than toilet paper right now so check your local indie book store.

For adult books, I’ve seen How to Be an Antiracist by Ibram X. Kendi and White Fragility by Robin DiAngelo recommended by numerous people. Those books are also currently very difficult to find. I would add personal recommendations for Just Mercy by Bryan Stevenson, who created the Equal Justice Initiative and literally anything written by Ta-Nehisi Coates, including:

Basically start with Ava DuVernay and go from there. Her documentary 13th and her mini-series When They See Us, which are both available on Netflix, are absolutely critical. DuVernay’s Array Now recently released a fantastic learning companion to When They See Us through their new “Array 101” initiative that provides additional information to support audience education on important issues. Array Now is also a great place to find additional films and projects by diverse creatives.

I strongly recommend Just Mercy the film, directed by Destin Daniel Cretton and starring Michael B. Jordan and Jamie Foxx. The film is based on the book of the same name mentioned above. What’s great is that Warner Bros. has made Just Mercy available to rent FOR FREE. It’s well worth your time and extremely well done.

Systemic racism and its far reaching consequences have long been ignored and overlooked in the United States. We must recognize and accept that racism is a systemic issue and all of us need to play a part in disrupting and changing that system; even if change won’t necessarily be pleasant for us. For additional resources, USA Today has a solid list of 100 ways you can take action against racism right now.

These are difficult times. None of us can fight all the time. Take care of yourselves. Check in with your friends. But eventually, get back in the fight.

HAPPY JUNETEENTH! First and foremost, we all need to have a clear understanding of what Juneteenth is and what it isn’t. It is a celebration...

Black American and Asian American leaders from entertainment and media came together this week for the first ever Black + Gold Forum to discuss...